This article appeared online at TheNewAmerican.com on Wednesday, October 12, 2016: 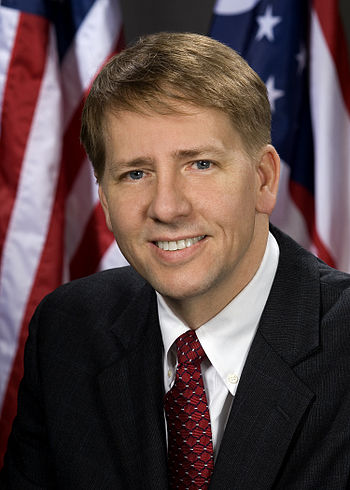 On Tuesday the U.S. Court of Appeals ruled against the unconstitutional structure of one of the most pernicious, invasive, and out-of-control federal agencies: the Consumer Financial Protection Bureau (CFPB).

The court’s opinion was penned by Judge Brett Kavanaugh, a George Bush appointee. Sounding like a conservative constitutional scholar teaching at the Freedom Project Academy sponsored by The John Birch Society, he got off to a great start:

This echoes the sentiments expressed by Founding Father George Washington who wrote: “Government is not reason, it is not eloquence — it is force. Like fire it is a dangerous servant and a fearful master; never for a moment should it be left to irresponsible action.”

Kavanaugh even referenced the Founders in his opening remarks:

And then he quoted the late Supreme Court Justice Antonin Scalia from his dissenting opinion in a case decided in 1988:

The purpose of the separation and equilibration of powers in general, and of the unitary Executive in particular, was not merely to assure effective government but to preserve individual freedom.

Kavanaugh accurately portrayed the federal government’s massive agency monstrosity as “a headless fourth branch of government … [exercising] enormous power over the economic and social life of [every citizen in] the United States,” adding,

Because of their massive power and the absence of Presidential supervision and direction, independent agencies pose a significant threat to individual liberty and to the constitutional system of separation of powers and checks and balances….

[Therefore] no head of either an executive agency or an independent agency operates unilaterally without any check on his or her authority.

Therefore, no independent agency exercising substantial executive authority has ever been headed by a single person. [Emphasis in original.]

Then the judge reviewed a few of the agency’s unconstitutional actions, confirming those uncovered in 2013 by a subcommittee of the House Financial Services Committee. Said that committee’s chairman, Patrick McHenry:

In the end, this single director can disregard advice and manage as he wishes. He has little accountability to the administration, and even less to Congress; his budget is secure.

As a result, it should come as no surprise that the [CFPB] has operated with less transparency and less concern for fiscal discipline than is appropriate for a steward of taxpayer funds.

Moreover, those “taxpayer funds” don’t come from Congress but from the Federal Reserve, where CFPB is housed. Written into the offensive Dodd-Frank law was the provision that the agency be funded with a fixed percentage of the Fed’s budget, beyond the reach of Congress. Even worse, the language of Dodd-Frank prohibits even the Fed from “intervening” in CFPB operations.

In the case upon which Kavanaugh was ruling, the lawsuit had been brought by PHH Corporation, a mortgage lender that had been fined by CFPB unilaterally, without a hearing and without providing proof to any third party that it had violated any laws. It was here that Kavanaugh departed from common sense:

Surely, that was the purpose of the concept of “separation of powers”: a jealous protection of each branch’s responsibility to the body politic. It was here that Kavanaugh had the opportunity to begin the unwinding of the “headless fourth branch” of the federal government.

The CFPB can continue to expand its power, reach, and influence without any concern that the present president will do anything but encourage such expansion. Wrote the judge:

Not surprisingly Diane Katz, writing for her employer, the Heritage Foundation, saw Kavanaugh’s ruling as a huge victory for freedom:

It would be hard to overstate the importance of the decision by the U.S. Circuit Court of Appeals to strike down as unconstitutional the wholly unaccountable structure of the CFPB.

As a result, bureau director Richard Cordray will no longer wield singular control over the entire consumer finance market. The court instead rightfully granted the president the power “to remove the director at will, and to supervise and direct the director.”

As Katz pointed out after her effusion, though, nothing is likely to change at the CFPB:

Cordray [Richard Cordray, the agency’s director] unilaterally enforces 19 federal statutes, covering every aspect of consumer financial services, and alone decides what rules to issue; how to enforce, when to enforce, and against whom to enforce the law; and what sanctions and penalties to impose on violators of the law.

In other words, the threat of termination for cause by a president who promotes the very expansion of government that Cordray is promoting is essentially non-existent. The agency will continue its binge of overspending, knowing that its budget is beyond congressional reach. It will continue its “consolidation” by hiring employees away from other agencies which do operate under some semblance of congressional oversight. It will continue, as Michael Tennant pointed out in The New American, to violate Americans’ financial privacy in its continuing quest to build its database of their financial transactions, including credit card purchases, applications for loans and mortgages, investments in stocks, bonds, and mutual funds, along with their credit ratings. It will continue to demand private information from their banks. It will continue and expand its various fishing expeditions to uncover violations of laws that the agency itself has written.

Cordray will continue to use his agency in any way he sees fit, thanks to Kavanaugh’s backing away from the only real remedy. As Cordray told the Wall Street Journal after learning of his appointment by President Obama to the new agency: The new opportunity, he said, allows him “in many ways [to do] on a 50-state basis the things I cared about most as [Ohio’s] state attorney general, [but] with a more robust and a more comprehensive authority.”

Thanks for precious little, Judge Kavanaugh.

Antonin Scalia common sense Conservative Constitution Federal Government lawsuit Liberty Separation of Powers Supreme Court unconstitutional
This entry was posted on Thursday, October 13th, 2016 at 5:48 am and is filed under Constitution. You can follow any responses to this entry through the RSS 2.0 feed. Both comments and pings are currently closed.
Many of the articles on Light from the Right first appeared on either The New American or the McAlvany Intelligence Advisor.