Social Security to Announce Tiny Increase in Benefits for Next Year

This article appeared online at TheNewAmerican.com on Tuesday, October 11, 2016: 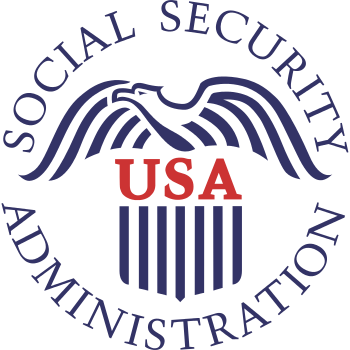 Next Tuesday the Bureau of Labor Statistics (BLS) will announce Social Security’s COLA (Cost of Living Adjustment) for 2017. It is widely anticipated to be between nothing and $3 a month for the average beneficiary.

But Medicare premiums (retirees are often expected to pay a monthly fee for coverage) for seniors receiving Social Security retirement benefits are expected to jump nearly $30 a month. That premium increase would reduce the average retirement benefit by about $25 a month, except that Congress had inserted a “hold harmless” provision into Medicare law. Instead, the premium increase will be funded by Medicare, thereby hastening the day when that part of Social Security runs out of money.

The statistics reflective of the current gradual liquidation of Social Security’s so-called Trust Fund are familiar to most recipients: Starting in 2011, the program’s payouts exceeded the payroll taxes that fund it, and as the Baby Boomers retire (and live long lives), the liquidation of that fund will accelerate, ending when it runs out altogether in about 18 years.

Clarification is needed here: That “trust fund” contains non-negotiable government bonds that are slowly being redeemed by the plan’s trustees as needed to meet the increasing shortfalls (IOUs to the program are paid out of the federal government’s general fund, not by liquidating investments in the private sector). That means that, over time, the liabilities of Social Security are being transferred to the country’s national debt. When the payment of the IOUs is complete, the $2.8 trillion “surplus” will show up as an increase in the federal debt by the same amount. In other words, the Social Security shortfall will be met by a general tax assessment on all taxpayers, present and future.

Various “fixes” are being proposed to “save” the program and “make it viable” for future generations. In 2010, President Obama created the National Commission on Fiscal Responsibility and Reform, which came up with 10 recommendations to ensure its “sustainability.” Private offerings abound, as well, including “15 Ways to Save Social Security” offered by The Motley Fool, a financial services company.

They boil down to just three ways to “fix” it: raise taxes, raise the retirement age, or cut benefits. Various iterations of these include, according to the Fool:

Cut benefits across the board right now;

Allow beneficiaries to invest in the stock market;

Do nothing and cut benefits when the [trust fund] is depleted;

Do nothing and enact payroll tax hikes when the [trust fund] is depleted;

Offer a buyout [to the wealthy, removing them from the program];

Means-test [to qualify] for benefits;

Use the estate tax to cover Social Security [shortfalls];

Freeze the … benefits on a sliding scale;

Transfer [some] costs to [the] government [now]; and/or

Increase the payroll tax on everyone right now.

Debates over what to do with Social Security are dependent upon ideology, not mathematics. So-called conservatives want to argue about the degree of ownership of the funds, and where they should be invested. They question the “intergenerational” equity of forcing future generations to pay for benefits being paid to present beneficiaries. They question the impact on capital that is transferred and spent rather than saved and invested.

So-called liberals, on the other hand, argue that the government has the obligation to provide a “social insurance” safety net to all, by force: mandatory participation that covers everyone.

For years the liberal ideology has ruled the conversation. According to a survey by the National Academy of Social Insurance (NASI), nine in 10 Americans (whether retired or still paying) agree that those benefits are more important than ever. Eighty-four percent believe those benefits ought to be increased, while 82 percent believe it’s “critical” to “preserve” Social Security for future generations, even if it means higher taxes on themselves.

Besides, claim the liberals, more than 60 million Americans received benefits from the program in 2015, and for 25 million of them, their Social Security check provided most of their post-retirement incomes.

No one seems to question the morality of taking money by force from those who earned it and giving it to someone who didn’t. The argument that “it’s my money! I paid into the system for years!” is a fallacy: Those funds have already been spent by the government elsewhere. Besides, courts have ruled that beneficiaries have no enforceable interest in the program: It is just one more gigantic welfare program subject to the whims of Congress.

Frederic Bastiat, the French economist best known for his Parable of the Broken Window, expressed the unfixable nature of government programs, such as Social Security, enforced by people with guns and badges:

But how is this legal plunder to be identified? Quite simply. See if the law takes from some persons what belongs to them, and gives it to other persons to whom it does not belong. See if the law benefits one citizen at the expense of another by doing what the citizen himself cannot do without committing a crime.

The only way such a program of intergenerational plunder can work is by force, which Bastiat opposed:

I do not dispute [politicians’] right to invent social combinations, to advertise them, to advocate them, and to try them upon themselves, at their own expense and risk. But I do dispute their right to impose these plans upon us by law  by force — and to compel us to pay for them with our taxes.

Until the culture of entitlement is changed (so that the program could be phased out over time), proposals to “fix” the morally irredeemable Social Security welfare program will continue to be offered — futilely.

BLS Conservative Federal Government Frederic Bastiat ideology Insurance liabilities Liberal Medicare National Debt Obama politician power Private Sector Retirement Social Security taxpayer welfare
This entry was posted on Tuesday, October 11th, 2016 at 1:33 pm and is filed under Uncategorized. You can follow any responses to this entry through the RSS 2.0 feed. Both comments and pings are currently closed.
Many of the articles on Light from the Right first appeared on either The New American or the McAlvany Intelligence Advisor.