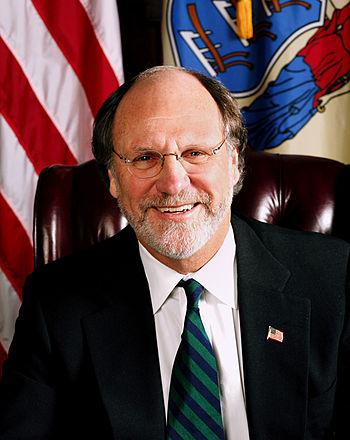 The details of the final days of MF Global were spelled out by the New York Times last Thursday: “On the evening of October 27, 2011, Mr. Corzine was informed that while MF Global had plenty of available assets, only $82 million was in cash. The next morning he was informed that JPMorgan Chase, one of the firm’s [lenders], was seeking $134 million to patch an overdrawn account. Minutes later he told [the firm’s treasurer, Edith O’Brien] that meeting the bank’s demands was ‘the most important thing’ she could get ‘done that day.'”

That differs substantially, however, from the version that James Stewart provided to the Times in June, 2012: “That same day, the 28th, Mr. Corzine ordered Ms. O’Brien to transfer $175 million to JPMorgan to cover a firm overdraft. With no other source for the cash, Ms. O’Brien approved a transfer of $200 million for a customer’s trust account.”

When investigators sought testimony about that illegal transfer from Ms. O’Brien, she invoked the Fifth Amendment’s protection against self-incrimination.

The scam, funded by illegal transfers, continued until they couldn’t cover the shortfalls and on Sunday, October 31, the firm declared bankruptcy. Customers lost more than $1.6 billion and it took more than two years for the bankruptcy trustee to unravel all the deals. It took three more years to reimburse Corzine’s customers, using a combination of insurance proceeds and the sales of his company’s assets.

Without O’Brien’s’ testimony, investigators were stymied. All they heard from Corzine was that he never “intended” to steal his customers’ money. In December 2011 he told congressional investigators, “I never intended anyone at MF Global to misuse customer funds, and I don’t believe that anything I said could reasonably have been interpreted as an instruction to misuse customer funds.”

Investigators finally agreed to back off, charging Corzine only with negligence in failing to “diligently supervise” his company. The resultant fines and attorney’s fees — approaching $100 million — were paid by insurance.

That settled all claims, except one — the CFTC (Commodity Futures Trading Commission) lawsuit against Corzine, which was scheduled to begin in September. Heavy negotiations ensued with a final sticking point: Corzine demanded that any fine that the CFTC would levy against him was to be paid for by insurance, not by Corzine himself. The CFTC wouldn’t budge, Corzine relented, and is scheduled to pay the $5 million fine out of his own pocket.

He’ll scarcely miss it. When Goldman Sachs went public in 1999, Corzine, owning a massive share of the company as its chairman, pocketed an estimated $400 million. In addition to that, of course, was his salary, bonuses, and fees he took while presiding over MF Global prior to its downfall.

Today, prohibited by regulators from taking on any customer money, Corzine spends his days trading his own account from his office in New York City. No doubt he’ll consider the check he’ll be writing to the CFTC as just a cost of doing business.

Bankruptcy Goldman Sachs Jon Corzine JPMorgan Chase lawsuit MF Global trading
This entry was posted on Friday, October 7th, 2016 at 1:11 pm and is filed under Crime, History. You can follow any responses to this entry through the RSS 2.0 feed. Both comments and pings are currently closed.
Many of the articles on Light from the Right first appeared on either The New American or the McAlvany Intelligence Advisor.