This article was published by The McAlvany Intelligence Advisor on Wednesday, September 28, 2016: 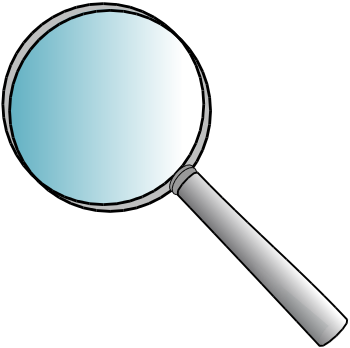 Accuracy in Media has done yeoman, even ground-breaking, work in exposing the radical, communist background of the Black Lives Matter movement:

[It] casts itself as a spontaneous uprising born of inner-city frustration, but [it] is, in fact, the latest and most dangerous face of a web of well-funded communist/socialist organizations that have been agitating against America for decades.

Its agitation has provoked police killings and other violence, lawlessness, and unrest in minority communities throughout the U.S….

BLM’s success started being tracked last May by, of all newspapers, the leftist Guardian, which permitted its reporter Lois Beckett to ask if the “Ferguson Effect” – the withdrawing of aggressive police action against street criminals out of fear of personal reprisals, reprimands, or worse – was really behind the rise in violent crime. The short answer: yes. Beckett even tracked the conversion of a criminologist professor at the University of Missouri St. Louis, Richard Rosenfeld, from skeptic to supporter.

Looking at preliminary data from 56 large cities through early May this year, Rosenfeld found evidence that most of the increased violence came from only 10 cities, which, at the time, showed an average 33 percent increase from the same period a year earlier. Said Rosenfeld, happily not wedded to his previous conclusions, “These aren’t flukes or blips; this is a real increase,” adding “My views have been altered.”

Sunday’s release by the FBI of its Crime in the United States, 2015 confirms the success of BLM and its assorted affiliates in forcing local police to withdraw from their duties enough to allow the criminal element to fill the vacuum. The long and healthy decline in violent crime in the United States is over: Murders in the United States in 2015 rose by 10.8 percent over the year earlier, dwarfing any increases seen over the last 20 years. And the rise continues into 2016, with reported homicides up another 15 percent through June compared to the same period last year.

In June of 2015, BBC News reported that the murder rate in New York City rose 20 percent from a year earlier, in Baltimore by 37 percent, in Los Angeles by 27 percent, and in Houston by nearly 50 percent. Looking at those numbers, BBC’s head of statistics, Anthony Reuben, concluded that there wasn’t anything to worry about:

It is usually a mistake to declare a trend based on a few months of figures for a handful of cities. It is also difficult to blame this selection of figures on a nationwide problem with US policing or anything else for that matter….

We will need considerably more data over a longer period to be able to draw any meaningful conclusions.

Thanks to the FBI for providing just such “considerably more data,” and confirming the success of BLM in setting the stage for the removal or takeover of local police in favor of national or federal police. Of course, one waits in vain for revised conclusions from Mr. Reuben.

BLM sycophants in the White House denied any such thing, of course: “The fact of the matter is,” said the president, “that the murder rate today, the violence rate today, is far lower that it was when Ronald Reagan was president, and lower than when I took office” which sentiment was echoed by his Attorney General Loretta Lynch: “It is important to remember that while crime did increase last year, 2015 still represented the third-lowest year for violent crime in the past two decades.”

And not in Chicago, where 2014’s numbers (2,988 shooting victims) have already been eclipsed (3,210 through September 27), and are now on target to reach more than 4,200 if current trends hold. That would be a 43 percent increase year over year for the Windy City, Obama’s hometown.

Efforts by AIM and Support Your Local Police committees of the John Birch Society continue to work to expose not only the communist attack on local police, but also the intention underlying that attack: destroy trust in local police departments’ ability to keep the peace so that they may be absorbed into a federal or national web of law enforcement with an entirely different agenda in mind. It’s helpful to remember the agenda of the parent organization behind BLM: the Freedom Road Socialist Organization, or FRSO. The FRSO calls for a “social system where … wealth is not in the hands of a few billionaires, but is controlled by the people.” Of course, the FRSO intends that, following the destruction of capitalism, it will represent “the people” in setting up the new order of things, including a national police force to enforce it.

Unless and until there is sufficient understanding among the citizenry about what is really happening and intended, the FBI will continue to track the success of the BLM and its enablers in the White House and the media.

FoxNews.com: FBI: Violent crime across US spiked in 2015, murders up nearly 11 percent

Background on the Ferguson Effect

BBC:   Why has the murder rate in some US cities suddenly spiked?

The Guardian: Is the ‘Ferguson effect’ real? Researcher has second thoughts

Shooting of Michael Brown in Ferguson, Missouri, in August 2014

attack Capitalism communist Crime FBI Freedom John Birch Society media Obama radical Ronald Reagan Statistics understanding violence War
This entry was posted on Thursday, September 29th, 2016 at 5:34 am and is filed under Crime, Politics. You can follow any responses to this entry through the RSS 2.0 feed. Both comments and pings are currently closed.
Many of the articles on Light from the Right first appeared on either The New American or the McAlvany Intelligence Advisor.