Best Advice in Politics: Don’t Give Money to Liars

This article was published by The McAlvany Intelligence Advisor on Friday, September 23, 2016: 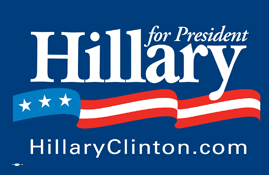 Last Friday, Mish Shedlock, author of the MishTalk blog, riffed on an “exclusive” report published by the Observer. That report claimed that Hillary Clinton’s campaign was repeatedly charging one-time donors’ credit cards without their permission. This was allegedly being done not only to raise additional funds, but to improve her campaign’s reporting to the Federal Election Committee that a lot of her support was coming from small donors.

Shedlock read the report, published it in its entirety on his blog, and then added this disclaimer:

I cannot prove any of this. Nor can anyone else unless they have a recording of the call. But there is a moral to this story, two actually:

Whether Carol Mahre’s experience is unique or one of thousands remains to be seen. She meant to make a single donation to the Clinton campaign, only to discover repeated deductions from her checking account. What is clear is that it did happen to her and she couldn’t do anything about it.

Back in March, Mahre, an 81-year-old grandmother and lifelong Democrat, decided to contribute $25 to the Hillary for America campaign. She gave a staff member her account information, and on March 16 $25 was deducted from her US bank checking account.

She tried unsuccessfully to get the campaign to reverse the charges, and asked her son Roger, a local attorney in Maplewood, Minnesota, for help. He picked up where she left off, calling the campaign headquarters many times but getting only a voicemail message saying that lines were busy.

Frustrated, Roger decided to get some help. He filed a fraud report with the Minnesota Attorney General’s office and then asked the local CBS affiliate, KARE 11, for assistance. The station looked into it and explained the situation to its audience:

Mahre had her son Roger, an attorney, help her dispute the unauthorized charges on her credit card. Roger Mahre said over a period of three days in late April and early May, he placed dozens of calls to Hillary for America before someone finally answered the phone.

“I finally got through,” said Roger. “When I talked to the person at the other end and explained what was going on he seemed nice enough.”

Roger says the Hillary campaign representative promised to cancel the charges that weren’t authorized and make sure that no further payments were taken from Carol’s credit card.

“I asked him for email confirmation of that and he said he would get it to me,” said Roger “and I have never seen anything.”

A month later Mahre’s bank statement showed two more deductions payable to the Hillary for America campaign in the amount of $25 each.

That’s when KARE 11 stepped up its investigation, with the same result:

Enter one of Donald Trump’s key advisors, Jared Kushner. Kushner is Trump’s son-in-law, married to Ivanka. He is also owner of a high-end real estate development company, Kushner Properties, located in New York City. He also happens to own a newspaper, The New York Observer. Somehow Carol Mahre’s plight came to his attention and he directed one of his Observer staff members, Liz Crokin, to investigate. On September 15 she reported:

[Carol Mahre’s experience] follows a pattern in which unwitting donors are charged multiple times, but always for a total less than $100, which is a key trigger point for banks’ internal action systems.

Crokin’s investigation turned up rampant unauthorized charges to low-income donors that, she said, have resulted in “one of the nation’s biggest banks receiv[ing] up to 100 phone calls a day from Clinton’s small donors asking for refunds for unauthorized charges to their bankcards made by Clinton’s campaign.” For her report, Crokin relied on numerous sources who asked for anonymity to keep from putting their jobs at risk. Said one source:

We don’t investigate fraudulent charges unless they are over $100. The Clinton campaign knows this. That’s why we don’t see any charges over the $100 amount, they’ll stop the charges just below $100. We’ll see her campaign overcharge donors by $20, $40 or $60 but never more than $100….

The people who call us are just the ones who catch the fraudulent charges. I can’t imagine how many more people are getting overcharged by Hillary’s campaign, and they have no idea.

The source, who has worked for Wells Fargo for over 10 years, said that the total amount they refund customers on a daily basis who have been overcharged by Clinton’s campaign “varies” but the bank usually issues refunds that total between $700 and $1,200 per day.

In doing his own due diligence for this article, this writer couldn’t find evidence of those “thousands” of small donors being ripped off by Hillary’s campaign. And neither could Snopes:

WHAT’S TRUE: A Minnesota woman reported that she incurred a couple of additional overcharges by the Clinton campaign after making a one-time donation of $25.

WHAT’S UNDETERMINED: Whether campaign donation overcharges are deliberate and widespread, rather than the rare product of isolated glitches or user error.

Explained the team behind Snopes:

The Observer article stated an anonymous source had told them that about 100 people per day were complaining about spurious Clinton campaign charges to Wells Fargo alone, a figure which spread across all financial institutions would suggest that thousands and thousands of Clinton donors were reporting similar fraud issues every month.

But – even though this “fraud” has supposedly been taking place since Spring 2016 – we weren’t able to find instances of more such complaints on Facebook, Twitter, or any other social media platform or forum, outside of two January 2016 Twitter pleas from someone seeking assistance in canceling a recurring donation.

However, Snopes did turn up a high degree of reluctance by Wells Fargo to discuss the matter with them:

We contacted Wells Fargo’s fraud department in an attempt to verify the breadth of fraudulent charge issue, and after placing us on hold, a representative ambiguously stated that the rumor “had nothing to do” specifically with the campaign of Hillary Clinton (which could mean anything from “the rumor is baseless” to “it’s a merchant/processor issue”). We also contacted Wells Fargo’s media relations division, who said nothing beyond “We have no comment at this time.”

While the world waits for a few more of those “thousands” who were ripped off to come forward, Shedlock’s advice remains sound.

MishTalk.com: Allegations of Fraud Surface Over “One Time” Donations to Hillary that Occur Repeatedly

Snopes’ take on the charges

Democrat Fraud Hillary Clinton liar politics response Wells Fargo
This entry was posted on Sunday, September 25th, 2016 at 4:27 am and is filed under Crime, Politics. You can follow any responses to this entry through the RSS 2.0 feed. Both comments and pings are currently closed.
Many of the articles on Light from the Right first appeared on either The New American or the McAlvany Intelligence Advisor.