The Mainstream Media Has Blown Its Cover

This article was published by The McAlvany Intelligence Advisor on Monday, September 19, 2016: 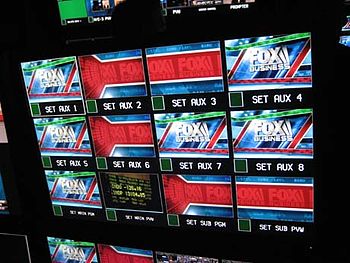 In its rush (some say panic) to denigrate and neutralize Donald Trump’s appeal in the presidential race, the liberal mainstream media’s bias has become so blatant that it may actually be turning off those it is trying to influence.

On September 11, Pew Research reported that almost two out of every three people it polled doubted the veracity and neutrality of the news they get from the media. That’s an increase of 10 percent just since 2007. Additionally, Pew reported that the mainstream media is also having financial troubles, thanks not only to increasing skepticism from its core audiences but to increasing competition, thanks to the internet.

For instance, newspaper advertising dropped by 29 percent just during the first six months of 2016 while ad revenue on broadcast stations declined by 12 percent in the same period. Radio advertising also took a hit, falling by 23 percent from January through July.

Bill Keller, executive editor of The New York Times, the preeminent voice of the liberal establishment, used declining revenues as an excuse for its increasingly poor performance, telling CBS News that the budget squeeze “means [that] facts don’t get checked as carefully as they should.” He also took issue with just how Pew defines the “news media”:

The great flood that goes under the heading “news media” has been poisoned by junk blogs, gossip sheets, shout radio, and cable-TV partisans that don’t deserve to be trusted.

Keller needs to check his facts and his history! One, the decline in media credibility has been going on for decades, long before its revenues began to shrink. Also, that decline in credibility can be traced back to 1985, a full decade before the Internet entered the fray. According to Pew, “the news media’s credibility has been eroding since 1985. Back then, 55 percent of those polled believed newspapers and broadcasters generally got things right. By 1999 that number had fallen to 37 percent,” while the latest poll found just 29 percent believing that the news they were reading could be trusted for accuracy and neutrality.

Three days after Pew lowered the boom on the mainstream media’s creds, along came Gallup to confirm the bias in its own separate poll. On September 14, Gallup reported that “Americans’ trust and confidence in the mass media to ‘report the news fully, accurately, and fairly’ has dropped to its lowest level in Gallup polling history (emphasis added) … down eight percentage points from last year.”

Gallup first began asking respondents this question back in 1972: “In general, how much trust and confidence do you have in the mass media – such as newspapers, TV, and radio – when it comes to reporting the news fully, accurately, and fairly – a great deal, a fair amount, not very much, or none at all?”  Those responding “a great deal” and “a fair amount” hit its highest point four years later, in 1976 and has been steadily declining ever since.

More remarkable is the fact that the loss of mainstream media credibility extends across age, demographics, and political party affiliation. Just in the last year, Republicans’ loss of trust in the media dropped from 32 percent to just 14 percent, while Democrats’ fell from 55 percent to 51 percent. Independents also lost trust in the mainstream media, with their trust falling from 33 percent to 30 percent.

By age the media suffered credibility as well, with younger Americans 18-49 years old reporting a 10 percent decline in the last twelve months, while the media saw its credibility with those 50 and older drop from 45 percent to 38 percent.

Gallup was surprised at the acceleration of the decline just in the last year, and suggested that it was MSM panic over Trump that drove it down, which also revealed its bias more obviously and completely than ever before:

The divisive presidential election this year may be corroding Americans’ trust and confidence in the media, particularly among Republicans who may believe the “mainstream media” are too hyperfocused on every controversial statement or policy proposal from Trump while devoting far less attention to controversies surrounding the Clinton campaign.

But that “hyperfocus” only accelerated the existing downward trend, said Gallup:

However, the slide in media trust has been happening for the past decade. Before 2004, it was common for a majority of Americans to profess at least some trust in the mass media, but since then, less than half of Americans feel that way. Now, only about a third of the U.S. has any trust in the Fourth Estate, a stunning development for an institution designed to inform the public.

Americans are not only becoming more aware of the bias, they are also learning who is setting the tone: the “big six” media companies, which own an estimated 90 percent of all the news outlets in the country:

The decline of trust [now at 30 percent] among Independents is important. It means that they have been alienated by the media’s attacks on Trump. This tells me that the Independents are ready to vote for Trump in November.

If they were pro-Hillary, their negative assessment of the media would not be so sharp. They were at 38% two years ago.

It’s not for nothing that they are called Independents.

Media bias in the United States

confidence credibility Democrat Donald Trump Establishment Internet Liberal Mainstream Media Media Bias newspaper
This entry was posted on Tuesday, September 20th, 2016 at 5:45 am and is filed under Education, History. You can follow any responses to this entry through the RSS 2.0 feed. Both comments and pings are currently closed.
Many of the articles on Light from the Right first appeared on either The New American or the McAlvany Intelligence Advisor.