This article appeared online at TheNewAmerican.com on Tuesday, September 6, 2016: 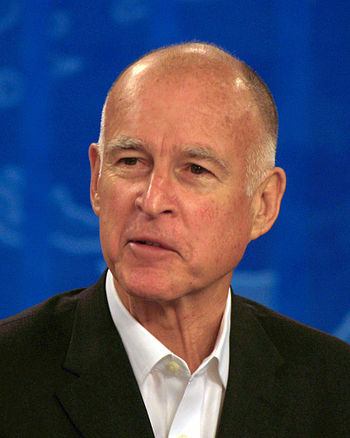 Christopher Lapinski, the operations manager at Last Stand Readiness & Tactical, a gun shop in Sacramento, is considering moving his operation out of California, thanks to the state’s continued determination to restrict gun sales further. In the meantime he is enjoying a booming business, especially in handguns, as Californians rush to buy them before they can’t. As Lapinski told Fox News: “The whole anti-gun movement — taking guns from [law-abiding] citizens — literally has everyone and their grandmother buying firearms before they can’t get them anymore.”

On July 1, California Governor Jerry Brown signed into law a new batch of restrictions, including a bill banning high-capacity [more than 10 rounds] magazines, along with another outlawing what the press mischaracterized as the “bullet button” loophole: the magazine release mechanism that allows a magazine to fall from the firearm to be replaced by another full magazine rapidly. The theory is that if a shooter attacking innocents (usually in a zone where those innocents have been disarmed by state law) has to stop every now and then in order to reload, someone will seize the opportunity to tackle the shooter and end the mayhem.

State Senator Loni Hancock, who sponsored one of the bills Brown signed into law, gave her reasoning:

These so-called “high-capacity magazines” are not for target shooting or hunting. Their sole purpose is to kill people in the shortest period of time.

In a video from the recent Orlando massacre, you can clearly hear at least 22 rounds being fired in rapid succession from inside the building. If the shooter had to stop to reload, he might have been stopped and lives would have been saved.

Though numerous studies show that Hancock’s logic is flawed, passage of her bill into law has, in fact, continued to reduce violent crime in the Golden State. As people feel the oppressive nature of such legislation, they are rushing to purchase firearms from places such as Lapinksi’s Last Stand. And with the increase in the number of privately owned firearms has come the predictable result: a decrease in violent crime.

Last year’s analysis of Californians’ gun purchase history by Calgunlaws.com proves it. Around the time the state started requiring a written test in order to purchase a handgun (2003), handgun sales started taking off. In that year 126,233 handguns were purchased. In 2014, 11 years later, 512,174 handguns were purchased, a more than 400-percent increase.

During that period, however, violent crime dropped from 570 instances per 100,000 population in 2003 to 340 per 100,000 in 2014. Firearm homicide dropped from 4.7 incidences per 100,000 to 3.4 per 100,000. As attorney D. C. Michel, author of the study, noted: “[This analysis that] shows a strong correlation between handgun sales and falling crime … positively certifies that California is safer when its people [are allowed to] exercise their right to own [firearms].”

This is hardly a recommendation by this writer for even stricter gun control laws in California. It already requires passing of a written test in order to buy a firearm (as noted above), and purchasers are only allowed to buy a gun on the state’s Roster of Handguns Certified for Sale. Manufacturers of those “approved” firearms had to submit samples to the state for testing and pay a fee for the privilege.

As the list of allowable guns has shrunk over time, thanks to zealous anti-gunners in the state legislature, it has sparked lawsuits over its infringement of Second Amendment rights.

In addition, a purchaser must wait 10 days before being able to complete a purchase. Also, although the state is listed as allowing concealed weapons permits, most jurisdictions are “no issue regardless,” while the rest are “may issue,” leaving the matter up to the discretion of the sheriff in that jurisdiction.

The root cause behind much of California’s anti-gun mentality stems from the lack of any guarantee in the state’s constitution that explicitly allows an individual to keep and bear arms. As a result the California Supreme Court has been generous in allowing infringements to proceed, and even to expand over time.

However, there is one law that neither legislators nor the state’s Supreme Court can override: the law of nature. As the door closes on legitimate gun ownership in California, more and more citizens are rushing to buy firearms. Which, as predicted and proven elsewhere (see John Lott’s More Guns, Less Crime), is having the effect of increasing gun ownership in the country’s most restrictive state, resulting in a declining rate of both violent crime and firearm-related homicides.

In California the anti-gun mentality is actually working to reduce crime — for now. It will only last until anti-gunners actually manage to reduce the number of guns or pass laws punishing gun owners so severely for using a gun in self-defense that few will keep them handy.

Constitution Crime defense firearms Gun Control innocents legislation magazine Second Amendment shooter weapons
This entry was posted on Wednesday, September 7th, 2016 at 5:59 am and is filed under Crime, Second Amendment. You can follow any responses to this entry through the RSS 2.0 feed. Both comments and pings are currently closed.
Many of the articles on Light from the Right first appeared on either The New American or the McAlvany Intelligence Advisor.