Ninth Circuit Rules Marijuana Card Holders May Not Own Firearms 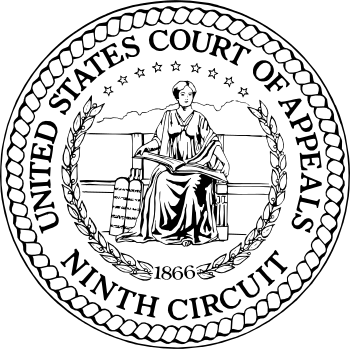 Last Wednesday a three-judge panel of the Ninth Circuit Court of Appeals upheld a lower court’s decision that holding a marijuana card precludes its owner from keeping and bearing arms. In the process, the panel threw out the First, Second, and Fifth Amendment rights.

Rowan Wilson, a Nevada resident who held a state-issued marijuana card but didn’t use the weed, tried to purchase a firearm from Custom Firearms and Gunsmithing in Moundhouse, Nevada. She applied for the card to show her support for the freedom of people to make their own decisions about what they might or might not imbibe or inhale. It was a political statement only. It became personal when she tried in October 2011 to purchase a firearm for personal protection.

She was confronted with Question 11e on the required federal disclosure Form 4473 issued by the ATF, which reads: “Are you an unlawful user of, or addicted to, marijuana or any depressant, narcotic drug, or any other controlled substance? Yes or No.” She showed the question to the gun shop owner, who knew that she had a card, and he denied her request to purchase the firearm. It was based not only on federal laws that still make marijuana users criminals, but on an “open letter” the ATF sent to all firearm dealers holding that mere possession of the marijuana registry card was enough to allow them to prevent a potential buyer from completing the sale. That letter stated, in part:

[Anyone] who uses or is addicted to marijuana, regardless of whether his or her state has passed legislation authorizing marijuana use for medicinal purposes — is prohibited by federal law from possessing firearms or ammunition.

Such persons should answer “yes” to question 11.e. on ATF Form 4473 … and you may not transfer firearms or ammunition to them.

Further, if you are aware that the potential transferee is in possession of a card authorizing the possession and use of marijuana under State law, then you have “reasonable cause to believe” that the person is an unlawful user of a controlled substance.

As such, you may not transfer firearms or ammunition to the person, even if the person answered “no” to question 11.e. on ATF Form 4473.

Wilson sued and her complaint was dismissed. The three-judge panel heard her appeal in July and issued its decision affirming the lower court’s ruling on August 31. The opinion, penned by Senior District Judge Jed Rakoff, included this bit of reasoning:

It may be argued that medical marijuana users are less likely to commit violent crimes, as they often suffer from debilitating illnesses, for which marijuana may be an effective palliative. But those hypotheses are not sufficient to overcome Congress’s reasonable conclusion that the use of such drugs raises the risk of irrational or unpredictable behavior with which gun use should not be associated.

The panel threw out all of Wilson’s complaints that the federal law and “open letter” violated three of the 10 rights contained in the Bill of Rights. First was her right to free expression under the First Amendment:

Next to go was the Second Amendment:

Applying intermediate scrutiny, the panel … held that the fit between the challenged provisions and the Government’s substantial interest [in] violence prevention was reasonable, and therefore the [lower] court did not err by dismissing [her] Second Amendment claim.

Finally, the Fifth Amendment was overridden:

[Wilson] did not have a constitutionally protected liberty interest in [both] holding a registry card and purchasing a firearm….

Reactions to the ruling were predictably swift. Tom Angell, chairman of Marijuana Majority, was outraged:

There’s absolutely no evidence to support the notion that marijuana use leads people to be more violent, as inferred in the Court’s opinion. Regardless of how you feel about guns, no one should be discriminated against … by the government just because they happen to enjoy marijuana. That should be especially true for people who consume cannabis for medical purposes in accordance with state law and their doctors’ recommendations.

We live in a world where having a medical marijuana card is enough to say you don’t get a gun, but if you’re on the no-fly list your constitutional right is still protected.

Then Rainey touched on the core issue: states’ rights, adding:

Responsible adults who use cannabis in a manner that is compliant with the laws of their states ought to receive the same legal rights and protections as other citizens.

For the moment at least, the ruling applies to only the nine states covered by the Ninth Circuit: Alaska, Arizona, California, Hawaii, Idaho, Montana, Nevada, Oregon, and Washington. Rainey has promised to appeal the ruling either to the full circuit court or to the Supreme Court. If the appeal goes that far, Wilson’s lawsuit might give the newest member (replacing deceased Justice Scalia) of the high court a chance to rule on the matter next year.

ammunition Bill of Rights Constitution Fifth Amendment First Amendment Freedom guns Liberty marijuana rights Second Amendment
This entry was posted on Tuesday, September 6th, 2016 at 5:21 am and is filed under Second Amendment. You can follow any responses to this entry through the RSS 2.0 feed. Both comments and pings are currently closed.
Many of the articles on Light from the Right first appeared on either The New American or the McAlvany Intelligence Advisor.