The Potomac Two-Step: How McCain Has Stayed in Office for 34 Years

This article was published by The McAlvany Intelligence Advisor on Wednesday, August 31, 2016: 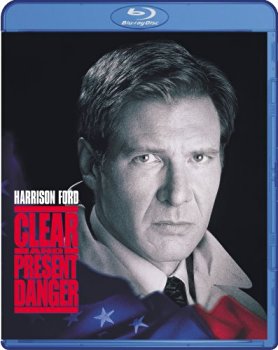 It was Tom Clancy who first brought the term “the old Potomac two-step” to the public’s attention in 1990 with the publication of Clear and Present Danger. The book was turned into a movie four years later. The relevant dialogue is:

The President: “You’ll take the blame. Cutter and Ritter will take some too, but it won’t amount to much, they’ll get a slap on the wrist. Then $20,000 an hour on the lecture circuit. The rest of the blame will fall on Greer. Oh yeah, you’ll take him down with you. You’ll destroy his reputation. But that’s as far as it will go. The old Potomac two-step, Jack.”

John McCain, who began his political career in 1982 in Arizona after moving there following his retirement from the Navy, does dance. So well does he dance, in fact, that he has been elected and re-elected ever since, and is running for his fifth term in the Senate. Even his age (he turned 80 on Monday) isn’t a hindrance. Once one learns the steps, the rest is easy.

On Tuesday he’ll likely crush his upstart Republican rival in the primary, Kelli Ward. It was simple: he endorsed Donald Trump, and Trump returned the favor, all but ending any chance Ward had of upending McCain. She ran on Trump’s campaign – immigration and anti-elites – and the mutual endorsement of each other by Trump and McCain virtually removed the threat.

Starting Wednesday, McCain will begin the process of stepping away from that mutual endorsement in order to emasculate any effort by his likely Democrat rival, Ann Kirkpatrick, to hang the Trump label on McCain. McCain saw what was going to happen back in April when it was clear that the anti-Trump movement, especially among Hispanics, had real purchase. McCain said in a fund-raiser:

If Donald Trump is at the top of the ticket, here in Arizona, with over 30 percent of the vote being the Hispanic vote, no doubt this may be the race of my life.

If you listen or watch Hispanic media in the state and the country, you will see that it is all anti-Trump. The Hispanic community is roused and angry in a way that I’ve never seen in 30 years.

His endorsement of Trump in May was all for show; McCain will reverse himself starting Wednesday.

The reversal isn’t without risks. First, Ward’s attack ad got a lot more attention than it otherwise would have when it ran in July. She simply copied an old Romney ad and put her own endorsement on it. It claimed that John McCain and Hillary Clinton were nearly identical in their political stances, that they agreed on “amnesty to illegal immigrants,” that they opposed George W. Bush’s tax cuts, and worked together in “blocking conservative judges.”

The ad was pulled when Romney attorneys told Ward she had not been given permission to run the ad, but the point was made: McCain has shifted from Vietnam War-hero to middle-of-the-road Republican moderate and deal-maker in the Senate who will work with the Clinton agenda if she wins in November. That position is confirmed by McCain’s unimpressive Freedom Index rating of just 63 out of 100 in his support for the Constitution.

In addition, McCain is the obvious well-connected Republican insider (chairing the highly influential Senate Armed Services Committee) in an era of increasing resistance to the established Republican elites in Washington. He is running as a war hawk, pushing for 100,000 troops (including 10,000 American soldiers) to destroy ISIS in Syria just when more and more Americans are getting tired of the endless Middle East wars and the body bags coming back with the remains of their sons.

But these negatives apparently don’t count for much in Arizona. The latest poll from CNN shows McCain leading Kirkpatrick 52 to 39, so he’s likely to win going away once again in November. If Clinton wins in November, McCain will assume the mantle of arbiter, mediator, compromiser, and deal-maker to help Clinton continue the attack on the American republic.

McCain, at age 80, still knows how to dance the old Potomac two-step.

The 1994 movie: Clear and Present Danger

Washington Post: John McCain is in the fight of his political life in the age of Donald Trump

Constitution elections Elite Freedom Hillary Clinton John McCain politics Republican Senate
This entry was posted on Thursday, September 1st, 2016 at 5:40 am and is filed under Politics. You can follow any responses to this entry through the RSS 2.0 feed. Both comments and pings are currently closed.
Many of the articles on Light from the Right first appeared on either The New American or the McAlvany Intelligence Advisor.