This article appeared online at TheNewAmerican.com on Wednesday, August 24, 2016: 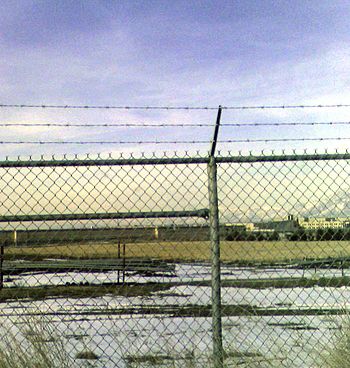 Since early July an estimated 300,000 Venezuelans have crossed the border into Colombia seeking to purchase basic necessities. Some decided to stay.

Eduardo (not his real name) used to make $18 a month as a systems engineer in Venezuela, but that wasn’t enough to feed his family. With inflation reducing the purchasing power of the Bolivar Fuerte by half nearly every month, he fled to Bogota to stay with a friend. Eduardo told the Financial Times: “At least I can find food here. Back in Venezuela we all lacked anything to eat. I’d rather stay here doing whatever [I can], rather than heading back while [Venezuela’s Marxist President Nicolas] Maduro and his cronies are there.”

An accountant who crossed the border into Colombia told the Times that he is going to stay even if “I have to stand at a corner all day selling arepas [a cheap food made from corn meal].”

Families of those who are staying in Colombia are hoping they will receive funds from the border-crossers in order to stay alive. Otherwise, they are likely to starve.

Most of those who can afford to leave the country have already left. The problems in Venezuela started with the takeover of the government by Marxist Hugo Chavez in 1999: First to feel the crunch were many of the 20,000 oil men that Chavez fired from their positions at the state-owned oil company. (Chavez replaced them with incompetent political cronies.) Then businessmen left the country to escape the currency controls imposed by Chavez. They were followed by students who saw the handwriting on the wall. In the last 17 years, an estimated 1.8 million Venezuelans have left the Chavez/Maduro socialist paradise.

Tebie Gonzalez and Ramiro Ramirez cashed out their emergency savings account in order to buy life’s essentials in Colombia in July. They returned home only to face the existential question: What happens when those staples — food and medicines — run out? What will they do?

Daya Silva, a native of Caracas, used a vacation in Buenos Aires to find a job. She found work and returned to Venezuela briefly, carrying a suitcase full of much-needed items for her friends and family: drugs to treat high blood pressure, essential kitchen supplies, and paper goods. But what happens to her friends and family when these run out?

The vast majority of Venezuelans are today facing the same question. Although the number of Venezuelans requesting refugee status has jumped from 127 in 2000 to 10,300 last year, according to the UN, that is a tiny fraction of the 30 million people remaining in the country. With unemployment at 17 percent (government figures are no longer available), with between 76 and 80 percent of the population living in poverty (again, no government numbers are available so these are estimates from independent sources), and with inflation destroying what’s left of the purchasing power of the local currency (inflation is expected to exceed 2,000 percent next year) the average Venezuelan has almost run out of options.

Relocating to nearby Colombia is an option, but Guyana, which borders Venezuela on the east, is having its own set of problems and is deporting Venezuelans back home as fast as they arrive. Brazil, on the south border, is no mecca either, with its own economy being wrecked by socialist policies.

In short, the average Venezuelan lives in a prison forged by the socialism imposed by Chavez and Maduro. The country more and more resembles a concentration camp where the guards are deliberately starving the inmates.

Currency Economy escape Inflation prison Socialism Unemployment
This entry was posted on Thursday, August 25th, 2016 at 4:36 am and is filed under Crime, Economics, Uncategorized. You can follow any responses to this entry through the RSS 2.0 feed. Both comments and pings are currently closed.
Many of the articles on Light from the Right first appeared on either The New American or the McAlvany Intelligence Advisor.