This article appeared online at TheNewAmerican.com on Tuesday, August 23, 2016: 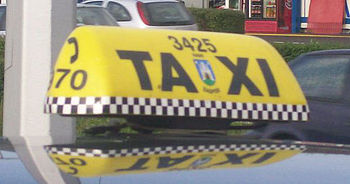 Massachusetts is now the 35th state to regulate ride-sharing services such as Uber and Lyft, but with a vengeance not seen elsewhere: A portion of a new 20-cent tax per ride will be used to fund improvements for the old taxi cartel.

First, the new tax is not called a “tax” but a “fee.” Second, the tax won’t be charged either to the driver or to his customer, but to the ride-sharing company itself. Third, a nickel will be spent to shore up the failing taxi cartel; the rest will go for “infrastructure improvements” and other government projects.

A close look reveals the socialist ideology that drives the new regulations. Ride-sharing services such as Uber, Lyft, and others have developed ways to serve customers better than the traditional taxicab industry. The taxi “industry” got its start — and its monopoly power — in the bottom of the Great Depression, sold to the American people as a way to “protect” the industry and its customers. What customers got, of course, was a cartel that had little incentive to improve itself. Some still remember the old Checker cabs that continued to be used 50 years later.

Rather than adopting new technology that allows customers seeking a ride to hail a cab from their iPhone, the cartel lined itself up against the upstarts, enlisted the help of government, and punished the newcomers by forcing them to abide by the same rules that have dampened innovation by taxicab companies for decades.

Some have called it “robbing Peter to pay Paul” which misses the point. The new tax/fee not only punishes the successful, but it promotes the myth that somehow this is “free money” since neither the driver nor his customer will pay it directly.

Instead the new law will levy a tax on the ride-sharing companies directly. But since they must find the money somewhere — they don’t have a currency printing press in their corporate offices — they will be forced to raise the money by charging their other customers living outside the state of Massachusetts.

So the political powers-that-be in Massachusetts have found a way to apply a “fee” on all Americans living outside the state who use ride-sharing services and use a part of those new revenues not only to rescue the state’s failing taxi cartel, but to pay for its own internal infrastructure “improvements.”

Robby Soave, writing for Reason.com, calls the new law “economic idiocy, plain and simple. There’s just no good reason for the government to prop up firms that can’t [compete] in the marketplace on their own.” Michael Farren, a research fellow with the Mercatus Center at George Mason University, wrote that the new Massachusetts law is “quite literally the textbook example of how laws can restrict competition and grant monopoly-like power to existing companies.”

Cheryl Chumley, author of The Devil in DC: Winning Back the Country From the Beast in Washington, said the new law was sold as a way to help taxi services identify and put in place “new technologies and advanced service, safety and operational capabilities” [quoting from the new law], all things that competition would have, and should have, forced those taxi services to do long ago.

Only a socialist — someone who thinks the government should oversee and control business and the economy — could applaud a tax that takes money from a private [successful] enterprise and siphons it into the hands of another private [but failing] enterprise.

It’s particularly galling, though, when the money being taken from the private business is being used to bolster the bottom line of a competing business — and then sold as a “safety” benefit for all.

Larry Meister, the manager of the Boston-area cartel, the Independent Taxi Operator’s Association, considers the new tax a punishment for the newcomers: “They [the new cost-saving ride services] have been breaking the laws that are on the books, that we’ve been following for many years.” Besides, added Meister, “We definitely need some infrastructure changes.”

But how is this legal plunder to be identified? Quite simply. See if the new law takes from some persons what belongs to them and gives it to other persons to whom it does not belong.

See if the law benefits one citizen at the expense of another by doing what the citizen himself cannot do without committing a crime.

Boston Cartel Crime Frederic Bastiat Great Depression ideology incentive Innovation Monopoly private Socialism Technology
This entry was posted on Wednesday, August 24th, 2016 at 5:07 am and is filed under Free Market, Politics. You can follow any responses to this entry through the RSS 2.0 feed. Both comments and pings are currently closed.
Many of the articles on Light from the Right first appeared on either The New American or the McAlvany Intelligence Advisor.