Anti-gun Politicians Falling Further Behind, Thanks to the Internet

This article was published by The McAlvany Intelligence Advisor on Wednesday, August 17, 2016: 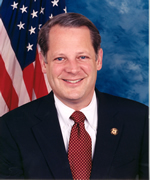 New York’s Democratic House Representative Steve Israel (left) could be the poster child of the typical anti-gun politician. He has little respect for his oath of office, scoring an abysmal 18 out of 100 on the John Birch Society’s Freedom Index. That index uniquely measures how pols vote on issues that are clearly constitutional, or not. Israel gets it right (no pun intended) just once out of every six votes.

The anti-gun establishment loves him. He scores 100% with both the Brady Campaign and the Coalition to Stop Gun Violence. Conversely he is slapped with a 0% percent rating from the NRA and the Gun Owners of America.

He co-sponsored the 2009 “No Fly, No Buy” act, telling his colleagues that “gun safety measures [like this one] should be a no-brainer for every member of Congress. It’s common sense legislation.” He pushed to extend for another ten years the Undetectable Firearms Act (UFA) that President Ronald Reagan signed into law in 1988 when it was about to expire in 2013.

But Israel has failed to expand the scope of the UFA to include 3-D printed guns. Soon, it won’t matter. Israel, meet Cody Wilson.

Wilson decided, while a student at the University of Texas, to post on the Internet plans for a single-shot .38 caliber pistol called the Liberator. Since then his life has not been his own. Said Wilson: “All I tried to do in law school was print a pistol and put it on the Internet. Now I’m on a ride I can’t get off of.” His company, Defense Distributed, now sells both the hardware and the software that allows private citizens to make their own firearms at home.

When the government banned him from sending his initial pistol plans over the Internet, it was too late. The software had already been downloaded hundreds of thousands of times and is still available on echo-sites around the world.

His company now sells software to build his Ghost Gun, named by his detractors for a gun that doesn’t have a registration number stamped into it. His company also sells Ghost Gunners, a milling tool that allows any do-it-yourselfer to build lower receivers for an AR rifle at home.

Business is booming, and it better be because he’s using every dollar in profit to fund his lawsuit against the federal government. He claims that the government violated both his First and Second Amendment rights when they shut him down in 2013. He’s already into lawyers to the tune of $1.3 million.

But he’s optimistic that he will prevail. He’s forcing the government to explain exactly how sharing information online – a First Amendment right – is a crime, and how it equates to arms “exportation” claimed by the government.

Says Wilson: “I represent the destruction of ‘commonsense’ gun control. [Politicians like Israel] should be very afraid. My ideas are dangerous to them, because they [believe] in a managed world … [my ideas send] our enemies into despair and it brings joy to our allies.”

So far, anti-gunners are unimpressed with the power of the Internet to undermine their agenda, or else they don’t care. Witness those on the Philadelphia City Council who ignored the Internet and declared in 2013 that “no person shall use a three-dimensional printer to create any firearm….”

Just how, pray tell, would these laws be enforced? Fervid anti-gunner Thor Benson, writing for the liberal Daily Beast, was horrified to learn how far advanced Wilson’s technology had become just since 2013. He called the future “terrifying,” where politicians could vote all manner of gun control laws without impacting the potentially millions who are free to purchase and use Wilson’s products. Wrote Benson:

Thousands of amateur gun manufacturers could be operating independently around the country without anyone knowing. As these untraceable guns spread throughout the country, the identities of their creators get completely lost.

Even worse, Benson wrote, was how increasingly difficult it is for anti-gun politicians to keep track of all those individuals exercising their newly-expanded freedoms:

It remains unclear how politicians will get around the issue of people making their own guns at home. Someone with a 3-D printer or a milling machine [which Wilson’s company also sells] can make a gun at home without being connected to a [government] network that might detect what they are doing.

Adam Winkler, author of Gunfight: The Battle over the Right to Bear Arms in America and professor of constitutional law at UCLA, agrees with Benson but without the histrionics:

[3-D printing of guns] certainly adds a layer of complexity to gun control that we haven’t seen before, and it’s likely to undermine many of our current gun laws.

Winkler also agreed with Benson’s greatest fear: that politicians could pass laws without any means to enforce them:

You could prohibit the manufacture of these firearms … [but] the technology will still exist, and as long as [that] technology exists, any legislation becomes difficult to [enforce].

So there it is: Israel wants to rein in guns. Wilson wants to allow people the freedom to build their own at home without politicians like Israel restricting them. Said Wilson:

I represent the destruction of ‘common sense’ gun control. I’m not making guns for you. I’m shipping the possibility to make [them] for yourself.

And if he wins his lawsuit?

I have developers for anything and everything, some of the best talent in the world. I know some of the world’s best hackers. It’s all ready to go. I have interested stakeholders, a large network that care about what I do….

I’m not the NRA. I’m the Internet.

Israel and his ilk have every reason to be afraid.

The Guardian: Cody Wilson: the man who wants Americans to print their own 3D guns

common sense Constitution defense Federal Government firearms First Amendment Freedom Gun Control Internet John Birch Society legislation NRA politician rights Second Amendment Technology
This entry was posted on Thursday, August 18th, 2016 at 5:42 am and is filed under Free Market, Second Amendment. You can follow any responses to this entry through the RSS 2.0 feed. Both comments and pings are currently closed.
Many of the articles on Light from the Right first appeared on either The New American or the McAlvany Intelligence Advisor.