A Lesson in Free Market Economics – from Venezuela?

This article was published by The McAlvany Intelligence Advisor on Monday, August 15, 2016:

Over the weekend, some 54,000 Venezuelan citizens living near the country’s border with Colombia poured over the Simon Bolivar Bridge so they could buy toilet paper, cosmetics, vitamins, and tires. Many brought empty suitcases, others brought packets of the nearly worthless Venezuelan bolivar currency, still others brought gold earrings, necklaces, and other personal valuables to exchange in local pawn shops for Colombian currency so they could spend it.

They were there to buy. And the merchants were ready to sell. As they exited the bridge on foot (cars won’t be allowed for at least another month) they were greeted with friendly Colombians 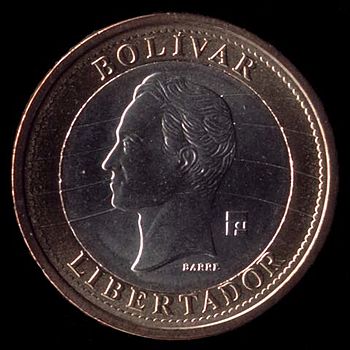 waving, a brass band playing, and a soccer game to celebrate the occasion.

One Venezuelan, Ms. Marisol Sayago, a 65-year-old pensioner, travelled 40 miles from her home in San Cristobal to buy toilet paper. Her tiny pension check was spent on 15 rolls. When asked why, she said “It’s not economical, but what else can I do? Over there [pointing back across the bridge] you can’t find anything.”

In a nutshell, Sayago expressed the difference between freedom and tyranny. For years Marxists have decimated the once-flourishing Venezuelan economy. On the surface Venezuela should be in the top ten economies in the world: it has more proven reserves of crude oil than any country in the world (at least five times those of the United States). It has, or had, one of the world’s most efficient oil producers, the Petróleos de Venezuela, S.A, known simply as PDVSA.

Today the IMF declares that Venezuela is at the very bottom of the world’s economies, having been hammered into oblivion by socialists with a political agenda that has nothing to do with economic or political freedom.

For a while, high oil prices hid the disaster waiting to unfold. Most of the country’s revenues came from oil sold by the state-owned PDVSA. For a time it looked like those high oil prices could actually fund the welfare state envisioned by the Marxists: there is a free lunch after all!

But then reality, in the form of lower oil prices – much lower, set in. The central government went into deficit. And then the Marxists, oblivious to that new reality, continued to spend, covering the inevitable deficits with new paper currency, ironically called Bolivar Fuerte (the strong bolivar), leading inevitably to price increases. The government responded by instituting price controls, which forced most of life’s essentials – toilet paper, soaps, foodstuffs – off the market and into the black market.

Long lines began to appear in front of grocery stores as people clamored to purchase what little was left. Riots started breaking out (averaging 10 every day now), which were broken up by Maduro’s police using tear gas.

People began to starve. It showed up first in hospitals as patients died for lack of proper medical care and supplies. Then it showed up in the zoos where animals began to die of starvation. Then thoroughbred horses were being slaughtered to feed the lions and tigers. Elephants were being slowly starved by feeding them fruit instead of hay.

Last August, Maduro closed the border with Colombia, claiming that smugglers were transporting government-subsidized gasoline into Colombia where it was being sold for … a profit! Said Maduro at the time: “From Colombia all of the poverty and misery is coming over.” He also blamed “right-wing” protestors and the CIA for fomenting unrest among the people.

In July he opened the door to Colombia just a crack, and 120,000 Venezuelans seized the opportunity. Last week Maduro made the opening a little more permanent, but only allowed people on foot to travel into Colombia. Car travel will come later, he said.

Those suffering under Maduro’s mandates also tell the story of how free markets don’t work when government oppresses the people. One of those 120,000 people who crossed over into Colombia in July was Rosalba Duarte, a nurse from nearby Capacho. She told a Bloomberg reporter what life is like in her country: “To get a kilo of rice you have to queue for six to eight hours, exposing yourself to mistreatment, people pushing, jumping the line. Then when you get to the front they close the store and say that everything’s sold out.”

One who wasn’t able to make the break for economic freedom left her home in Caracas at 3 am on Saturday in order to get in front of the line at a local market, which was selling diapers. She had to carry her 4-month-old child with her to prove to the store manager that she was going to use them rather than sell them on the black market. She told Jose Miguel Vivanco, the local director of Human Rights Watch, that things are so bad that “If you have breakfast, you don’t have lunch. If you get lunch, you don’t have dinner.”

Imports from humanitarian relief agencies are being denied by Maduro, claiming that it will make his regime look bad. Importers are cutting off Venezuela simply because the citizens have no money to buy. Schlumberger, an oilfield services company, is pulling back from servicing PDVSA due to a stack of unpaid bills.

And so the cratering continues.

Meanwhile Maduro has his hands full just keeping a lid on things. The natives have been getting increasingly restless, calling for a recall referendum. Maduro has quashed that through his CNE – the vote counting agency that he has stacked with cronies. Legislative calls for his ouster and laws to remove restrictions from the economy have come to naught, thanks to Maduro’s stacking of the Supreme Court with his friends. Dissidents are arrested by his police – SEVIN, tortured, and then “disappeared.”

Although it’s difficult to see past the horror being inflicted on the Venezuelan populace by Maduro and his socialist agenda, the lesson of how free markets work (see Colombia) is instructive: let the people make their own decisions, allow them to profit from their own efforts, enforce contracts and support the rule of law, and the rest will take care of itself.

PJMedia.com: In Venezuela, It’s not a ‘Humanitarian’ Crisis. It’s a Socialist Crisis

The New American: In Venezuela, the Elite Meet to Eat While the Masses Starve

Money.CNN.com: Hungry Venezuelans cry at the sight of food, as economic crisis deepens

Background on PDVSA, the state-owned oil and gas company

Currency dictator Economy Food Crisis Free Market Freedom mandates media Oil Prices Price Controls profit reality rights Supreme Court welfare
This entry was posted on Tuesday, August 16th, 2016 at 5:32 am and is filed under Free Market, Politics. You can follow any responses to this entry through the RSS 2.0 feed. Both comments and pings are currently closed.
Many of the articles on Light from the Right first appeared on either The New American or the McAlvany Intelligence Advisor.