Election Pollsters Have One More Thing to Worry About: New Gun Owners

This article was published by The McAlvany Intelligence Advisor on Wednesday, August 10, 2016: 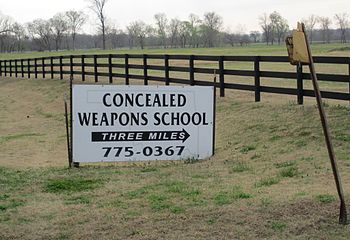 Rasmussen (and its peers) must develop the questions, determine whom to ask, decide when to call (weekdays, weekends, dinner time, etc.), and then confirm that they’re talking to the right person. They have to take into account that sometimes people will give wrong answers, or hide behind their answers because they have opinions that aren’t mainstream. Once the poll is taken, they must determine just how variable – how reliable – the results really are. That explains part of the plus or minus calculation included in them.

Silver (and his peers) build models based on past experience. It’s vastly more complicated and risky because so many assumptions are built into those models. Models that are built on data over years or decades won’t reflect recent changes in moods or experience or ideology. Models built on last week’s data are also subject to vast, often frustratingly large, changes. That Silver has been so accurate for so many years is just short of miraculous.

It’s the outliers that drive people like Silver crazy.

One of those outliers is the enormous increase in the number of people buying firearms for self-protection. Those numbers reflect a significant, and often surprising, change in attitude toward the whole issue of guns, gun control, crime, and the Second Amendment. Silver must feel sometimes like someone trying to hang wallpaper in the dark.

Along comes John Lott with evidence of just how much attitudes have changed about guns and crime. A reluctant researcher on the subject in his early days, Lott now direct his life’s efforts at presenting clarity on a subject that evokes strong emotional responses on both sides of the issue.

His Crime Prevention Research Center (CPRC) just issued a report noting how people’s attitudes over gun ownership have changed just since Obama’s inauguration in 2009: “During President Obama’s administration, the number of concealed handgun permits has soared to over 14.5 million – a 215% increase since 2007.” More than six percent of the adult population in the country now has a permit to carry concealed, and women and minorities have been obtaining them at record rates.

There it is: Women and minorities, the very demographic that Silver and his peers have noted predictably votes Democratic.

The assumption that they will continue to do so might just be wrong this year. The process of obtaining a permit forces one to reconsider one’s prejudices. First, he or she must decide if the effort is worth it. Is there an increasing concern about the need to defend oneself in the event of an attack? If so, what’s the best way to provide for that defense? If the decision is to own a firearm, then it behooves one not only to learn how to operate it efficiently but to learn about the aftermath of a self-defense shooting if one takes place.

Self-defense classes, often taught by NRA instructors, not only cover the basics of the operation of a firearm, but there is usually “range time” to prove some degree of competency in that operation. During the class, the instructor is more than likely to include information about where the right to self-defense comes from, namely, the Second Amendment.

Once one has gone through all of this – a time consuming and often costly exercise, what with various fees, costs of fingerprinting and background checks, not to mention the investment in the firearm itself – he or she has a substantial vested interest in the whole procedure.

He or she also has learned, either directly or indirectly, about the attack on the very right being exercised. Many classes are taught by NRA instructors, and many of them will seek to inform their students where that right comes from, the one guaranteed by the Second Amendment. During, and more likely after, class, there will be questions raised about that attack. These discussions, in this writer’s personal experience, raise issues that, for some, have already been settled: Guns are bad, bad, bad; people shouldn’t have guns; guns kill people; if only police had guns, everything would be just peachy, etc.

Lott’s study shows that swing states – Florida, Pennsylvania, Michigan, North Carolina, and Indiana – have increasingly impressive numbers of people now enjoying the right to carry. Along with it has often come a change in attitude. Lott says that 1.6 million Floridians now have permits, while Pennsylvania has 1.2 million. Ohio, Michigan, and North Carolina each have more than 500,000, while Indiana has nearly 750,000. These are all states that were carried by President Obama in at least one of his two elections. With the increasing number held by women and minorities, the question arises: How many of those who traditionally vote Democratic will now cross over to support Donald Trump?

What Lott’s study implies is what Silver and his peers are most afraid of: outliers like new gun owners, and especially those who have taken the next step to obtain their concealed carry permits and then decide to carry regularly, might just have an outsized but unpredictable influence over the outcome in November. Indeed, that influence could be determinative.

Concealed Carry Crime defense Democrat elections firearms Gun Control guns ideology NRA Obama Polls prejudice Rasmussen Second Amendment
This entry was posted on Thursday, August 11th, 2016 at 4:24 am and is filed under Politics, Second Amendment. You can follow any responses to this entry through the RSS 2.0 feed. Both comments and pings are currently closed.
Many of the articles on Light from the Right first appeared on either The New American or the McAlvany Intelligence Advisor.