Could Increase in Gun Ownership Impact the Election? 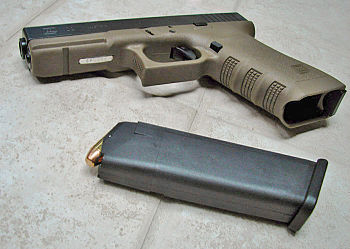 The latest study by John Lott’s Crime Prevention Research Center (CPRC) raised an interesting question: Could the enormous increase in gun ownership and the attendant increase in the issuance of concealed carry permits have an impact on the presidential election in November?

The increase has been astounding, according to Lott: “During President Obama’s administration, the number of concealed handgun permits has soared to over 14.5 million — a 215% increase since 2007.” More than six percent of the adult population in the country now has a permit to carry concealed, and women and minorities have been obtaining them at record rates.

Fred Lucas of the Heritage Foundation discovered that swing states in the election are among those with the highest number of permits. Florida has 1.6 million while Pennsylvania has 1.2 million. Ohio, Michigan, and North Carolina each have more than 500,000 while Indiana has nearly 750,000. These are all states that were carried by President Obama in at least one of his two elections. With the increasing number of such permits held by women, the question arises, how many of those women, who traditionally vote Democratic, will cross over to support Donald Trump? And why would they?

John Malcolm, director of judicial studies at Heritage, attempted an answer: “The Second Amendment will be on the minds of gun owners who vote because of the Heller decision and the Supreme Court.”

But that still doesn’t answer the question. A better answer may be in the process of deciding to purchase a firearm, and then deciding to apply for a concealed weapon permit, and, following that, taking the (often) requisite class to obtain it. Finally comes the decision actually to carry on a daily basis.

In that process, which this writer has experienced, one must decide if the effort is worth it. Is there an increasing concern about the need to defend oneself in the event of an attack? If so, what’s the best way to provide for that defense? If the decision is to own a firearm, then it behooves one not only to learn how to operate it efficiently but to learn about the aftermath of a self-defense shooting if one takes place.

Self-defense classes, often taught by NRA instructors, not only cover the basics of the operation of a firearm, but there is usually “range time” to prove some degree of competency in that operation. During the class, the instructor is more than likely to include information about where the right to self-defense comes from: It’s a natural right given by our Creator and protected by the Second Amendment.

Once one has gone through all of this — a time consuming and often costly exercise with various fees, costs of fingerprinting, and background checks, not to mention the investment in the firearm itself — he or she has a substantial vested interest in the whole procedure.

And with that comes, sooner or later, the realization that the powers that be aren’t all that excited about citizens arming themselves, that the right to keep and bear those arms is under heavy attack, and that the offending clause that causes anti-gunners the most angst is the one contained in the Bill of Rights: the Second Amendment.

That’s the jump to light speed that Malcolm was referring to: Once a citizen has decided to carry and has jumped through all the hoops necessary to do so, he will likely become aware of just how precious, and tentative, his or her right to do so really is.

It’s not much of a leap from that awareness to understanding the importance of the difference in stances the present leading presidential candidates have when it comes to the right to own, carry and, if necessary, use a firearm for self defense. That could make a difference in the November election, especially in swing states where the vote is often very close.

attack Bill of Rights Concealed Carry defense elections Heritage Foundation NRA Obama rights Second Amendment self defense understanding
This entry was posted on Wednesday, August 10th, 2016 at 4:48 am and is filed under Second Amendment. You can follow any responses to this entry through the RSS 2.0 feed. Both comments and pings are currently closed.
Many of the articles on Light from the Right first appeared on either The New American or the McAlvany Intelligence Advisor.