This article appeared online at TheNewAmerican.com on Friday, August 5, 2016: 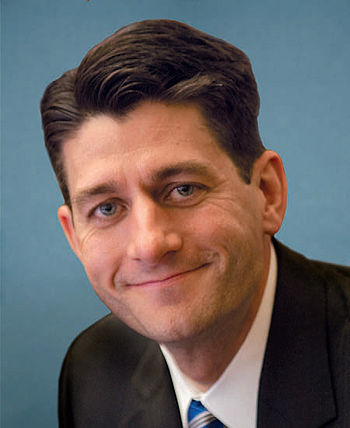 A dark horse who appeared out of the Wisconsin woodwork, businessman Paul Nehlen, was reportedly neck-and-neck with House Speaker Paul Ryan (shown) in the primary polls taken in early July. Pundits pooh-poohed those polls as being unreliable, but Ryan has since adjusted his primary campaign strategy to keep the public from asking him “unscripted” questions, queries that Nehlen keeps raising. Ryan doesn’t want to become another Eric Cantor, the former House Majority Leader who lost to a nobody in 2014.

Nehlen suddenly became a national figure and symbol of the country’s populist uprising on Tuesday when Donald Trump turned Ryan’s words into a quasi-endorsement of Nehlen. Back in May, when asked if he was ready to endorse Donald Trump for the presidency, Ryan waffled: “I’m just not ready to do that at this point. I’m not there right now.” Trump trumpeted his response immediately:

I am not ready to support Speaker Ryan’s agenda. Perhaps in the future we can work together and come to an agreement about what is best for the American people.

They have been treated so badly for so long that it is about time for politicians to put them first.

Trump doubled down on these comments on Thursday in an interview with the Washington Post when he was asked if he now supported Ryan in his primary race against Nehlen:

Then he praised Nehlen for running “a very good campaign” against Ryan.

Part of Ryan’s campaign to keep his seat in the House is to inundate his newcomer opponent with political ads. Nehlen has raised less than $500,000 while Ryan has nearly $6 million in his political war chest. Another part is to avoid debating Nehlen in public. The final part is to stay away from public town hall meetings where he is likely to asked the tough questions that Nehlen keeps raising.

I’m supporting Donald Trump because Donald Trump is against this trade deal, this Trans Pacific Partnership, this job-killing trade deal that is going to bring cheap labor into this country.

[It’s] going to disproportionately hurt blacks and immigrants who are already here.

Mr. Trump is also for securing the border, which Mr. Ryan is against.

Nehlen thinks he could run on the TPP issue alone and beat Ryan:

Paul Ryan whipped [up] the votes to get fast track Trade Promotion Authority to sell our jobs to foreign countries. He absolutely worked on that. Paul Ryan owns it. He can’t say he doesn’t agree with it.

Nehlen said that Ryan’s backtracking on the TPP is strictly political: “Paul is withholding his support for the TPP [only] because he believes President Obama did a poor job negotiating [it].”

On open borders Nehlen reminds his audiences that Ryan supported the Senate’s “Gang of Eight” amnesty bill in 2013 and tells them what Rep. Luis Gutierrez — a hard core left-wing Democrat from Illinois — said when supporting him for speaker: “He would be good for the country. He would be good for the Republican Party. Paul Ryan is the kind of individual that would work with people on the other side of the aisle, and that’s what we need.”

Nehlen is taking advantage of being from Wisconsin’s First District, one of the most conservative in the country, reminding his audiences that Ryan has represented them since 1999, but has failed to keep his oath to support and defend the Constitution. In an interview with The New American, Nehlen said:

I’m a firm believer in the Tenth Amendment.

Let’s work backwards. I’m a Wisconsin taxpayer, but I pay federal taxes for the federal government to money-launder it and send back 70 cents on the dollar back to Wisconsin.

Why shouldn’t I just send my 70 cents to Wisconsin, and keep my 30 cents, and not have these [federal] hooks in my state from the Department of Education and these other agencies?

Nehlen also is using Ryan’s record over Planned Parenthood (failing to defund it), Common Core (Ryan supports it), the Export-Import Bank (Ryan engineered its reauthorization), and the Puerto Rico bondholder bailout (Ryan supported it) to build his case. Whether that is enough (along with Trump’s quasi-endorsement) to send the upstart to Washington and Ryan into political oblivion, Wisconsin voters, and the rest of the country, will know soon enough. The primary election is on Tuesday.

This entry was posted on Saturday, August 6th, 2016 at 5:34 am and is filed under Politics. You can follow any responses to this entry through the RSS 2.0 feed. Both comments and pings are currently closed.
Many of the articles on Light from the Right first appeared on either The New American or the McAlvany Intelligence Advisor.