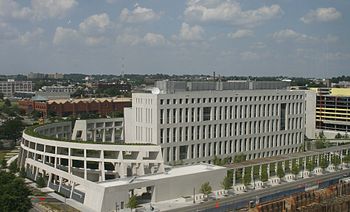 There’s a lot of things that don’t make sense.… Would [having such a database at the ATF] be efficient and effective? Absolutely. Would the taxpayers benefit with [improved] public safety? Absolutely. Are we allowed to do it? No.

The ATF claimed in March 2015 that its effort to ban so-called armor-piercing M855 green tip ammunition chambered for the 5.56 semi-automatic rifle “reflected a good faith interpretation” of the law. The agency tried to sell its bill stating that large handguns were now chambered for that specific round and, consequently, represented a new threat to law enforcement. The agency claimed that law enforcement wanted the ban, that the cartridge was the same that was used in multiple mass shootings around the country, that the new generation of weaponry can now be concealed, and, finally, armor-piercing bullets had no business being in the hands of the public.

However, facts that proved all those claims to be lies ended, temporarily, the ATF’s quest. Only a few “selected” friends of the ATF and the Obama administration actually favored the ban; none of the mass shootings involved the use of the specific round to be banned; not one statistic could be found to show a law-enforcement official being shot, much less killed, by a handgun chambered for the “green tip” M855 cartridge; the new pistols capable of chambering the cartridge remain so large and bulky that they are nearly impossible to conceal; and, finally, they are so expensive that they are shunned by common street thugs in favor of more common and cheaper handguns. Those cheap guns are fueled by .38 caliber or 9mm rounds, but the agency said nothing about them. The ATF’s attack was on the AR-15.

The agency’s attempt, had it succeeded, would have opened the door for the agency to ban all ammunition. The M855 round is made of certain materials — steel, bronze, copper, beryllium, and tungsten — that, according to the agency, automatically make it “armor piercing.” But once that door is opened, the ban would set a precedent for the ATF to ban any ammunition made with those same materials. Voila! No ammo, no guns!

The agency backed off after “the vast majority of the comments [on the proposed ban] received to date were critical of [it].”

Jones became the ATF director following the resignation of Kenneth Melson, who resigned in the aftermath of the gun-walking scandal known as “Fast and Furious.” According to John Caile, writing for RedState.com in June 2011,

The alleged purpose of this insane program was to allow American and Mexican law enforcement officials to track where the guns came from and where they went, in order to facilitate identifying and prosecuting members of the drug cartels.

But there was more to this phony narrative, much more. Wrote Caile:

After a number of the tracked guns were used in criminal acts, the plan was that Mexico would make a very loud and vigorous “protest” to the U.S. government, demanding that “something be done” about all those American guns that are “flooding into Mexico” — giving Obama a talking point in order to ratchet up U.S. gun control, while providing Mexican officials with a convenient scapegoat for their own inability to stop the carnage. Both the American and the Mexican administrations win.

There was even more. Had the scam succeeded, Obama would have all the executive power he needed to ban all weapons, without any congressional input:

Once the “gun problem” involved relations between two sovereign nations, it would then no longer be merely a domestic matter, it would be an international “crisis” — a matter of foreign policy. And in case you forgot your high school civics, foreign policy is the sole province of the Executive Branch, in other words, the President.

Which means Barack Obama would have had a whole range of options previously unavailable in his war on guns.

The president could push through an international agreement with Mexico, which would naturally involve “measures to control the flow of illegal guns” — like closing down gun shows, for example. He could also sign on to an even broader “small arms” treaty like the one the U.N. has had simmering on the back burner for several years. Or, he could simply issue a series of Executive Orders.

It was an effort to implement gun control based upon allowing murders and other crimes using guns sold at the behest of the U.S. government.

And while Deputy Director Thomas Brandon may not be advocating anything so crass, he is propagating falsehoods, as have the former heads of ATF — this time about a gun registration program, saying it would be efficient and, apparently, cost effective.

Forbes writer Daniel Fisher, who makes no bones about the fact that he wants to highly regulate guns, in 2013 pointed out some facts about gun registration that was attempted in Canada, a country with a fraction of America’s populace.

The law passed and starting in 1998 Canadians were required to have a license to own firearms and register their weapons with the government. According to Canadian researcher (and gun enthusiast) Gary Mauser, the Canada Firearms Center quickly rose to 600 employees and the cost of the effort climbed past $600 million. In 2002 Canada’s auditor general released a report saying initial cost estimates of $2 million (Canadian) had increased to $1 billion as the government tried to register the estimated 15 million guns owned by Canada’s 34 million residents.

… There was also the question of how registering guns was supposed to reduce crime and suicide in the first place. From 1997 to 2005, only 13% of the guns used in homicides were registered. Police studies in Canada estimated that 2-16% of guns used in crimes were stolen from legal owners and thus potentially in the registry. The bulk of the guns, Canadian officials concluded, were unregistered weapons imported illegally from the U.S. by criminal gangs.

Finally in 2011, conservatives led by Canadian Prime Minister Stephen Harper voted to abolish the long-gun registry and destroy all its records.

The Canadian scheme was abominably expensive, and it only covered long guns. Not surprisingly, criminals didn’t register their guns, and the registration scheme didn’t help lower the number of shootings, either.

Brandon doesn’t need a gun registration computer program to do his job. And, in fact, so much of his agency’s “mission” is outside the constitutional powers granted to the executive branch that Representative James Sensenbrenner (R-Wis.) is correct when he said, “I think we ought to get rid of the ATF,” and giving it additional funds to pay for a searchable database of every gun, and gun owner, in the country amounts to “de facto gun registration.”

George Washington was right when he declared that “Government is not reason; it is not eloquence; it is force. Like fire it is both a dangerous servant and a fearful master.” Brandon’s agency of 5,000 employees spending a billion dollars a year to oppress the citizenry needs to be defunded immediately and completely.

ammunition Constitution Constitutional Executive Order facts falsehood Fast and Furious firearms Gun Control Obama Scandal the law threat Treaty weapons
This entry was posted on Monday, August 1st, 2016 at 2:38 pm and is filed under Crime, Second Amendment. You can follow any responses to this entry through the RSS 2.0 feed. Both comments and pings are currently closed.
Many of the articles on Light from the Right first appeared on either The New American or the McAlvany Intelligence Advisor.