This article was published by The McAlvany Intelligence Advisor on Monday, August 1, 2016: 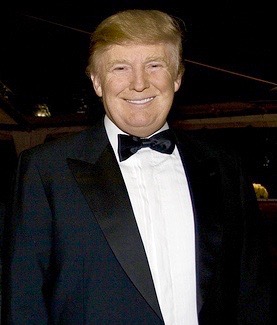 On Saturday Donald Trump pouted on Twitter: “I turned down a meeting with Charles and David Koch. Much better for them to meet with the puppets of politics, they will do much better.”

It’s likely to turn out that The Donald will enjoy a coattail effect from Koch’s political advertising without appearing to be beholden to them.

The teapot tempest that the mainstream media tried to embellish (the Washington Post said that the Koch Brothers “refused to help Trump,” adding that Republican donors in the Koch Brothers’ Freedom Partners Chamber of Commerce “are rebelling against” him) may actually turn to Trump’s advantage.

It all started when The Donald held a town hall meeting in Colorado Springs (where the Koch Brothers were holding their biannual meeting of well-to-do Republican donors at the Broadmoor Hotel) on Friday, with an evening presentation in Denver, but wasn’t invited to drop by the hotel in between for a quick chat. The Brothers Koch countered that Trump hadn’t even been invited so how could he turn down their invitation?

No matter. Charles Koch made clear that he and his brother David had other plans for the millions they hoped to raise anyway. Originally (that is to say, before Donald began getting traction during the Republican primaries) the network planned to raise nearly $900 million, with most of it to be directed at the presidential campaign. Now, however, that number has been cut back to $750 million, and only a third of it will be spent on political advertising. Charles made that clear Saturday night in his opening remarks to the 400 well-heeled who gathered at the Broadmoor. Koch said:

We have an uphill battle … the majority of Americans are focused on … an increasingly stagnant, two-tiered society, with the rich and politically-connected doing well and most everybody else stuck down below.

People have lost their optimism … they’re frustrated and disillusioned … they’re looking for answers.

Koch made it clear that neither Trump nor Clinton would be the ones to provide them:

Unfortunately [people are] looking in the wrong places. They’re looking to politicians. To me, the answers they’re getting are frightening because these answers will make matters worse … some of these solutions … would not just make them a little worse, but much worse….

The good news is that we have built this network for just such a condition. That puts us in a position to make progress in spite of the current political situation where, in some cases, we don’t really have good options.

Message: we’re going to spend your money on defending Republican Senate seats while hoping to extend the party’s present 54-46 advantage. Mark Holden, general counsel and senior vice president of Koch Industries, served as chair for the gala affair and told reporters that the network had “no intention to go after Donald Trump” and would only run ads critical of Clinton if they would help Republican senatorial candidates in critical states with close races.

RealClearPolitics shows Republicans ahead in most states, but, in many cases, by very narrow margins. In New Hampshire, incumbent Senator Ayotte holds just a 0.6 percent polling advantage over her rival, while Pennsylvania Republican Senator Pat Toomey holds just a 0.3 percent advantage over his Democrat opponent. Even in Florida Senator Marco Rubio is far from a shoo-in, leading his Democrat opponent by only 4.4 percentage points. At the moment RCP is calling the Democrats to gain at least one seat in November, dropping the Republican advantage to 53-47.

The Kochs have already contracted to spend $40 million of their donors’ money (each donor had to have the ability and make a promise to donate a minimum of $100,000 to the Koch’s network before being invited to the weekend fete at the Broadmoor) for political ads in five critical states: Nevada, Indiana, Wisconsin, Pennsylvania, and Ohio and they’re considering helping Rubio in Florida if he needs it.

After pouting on Twitter that he doesn’t need the Koch’s money, Trump announced a dollar-for-dollar match campaign fund drive over the weekend. He emailed his list: “Our fundraising department can barely keep up. I am going to personally match your donation today, and every day you donate up to midnight [July 31], up to $2 million.”

As suggested, Trump may just be able to have his cake and eat it too: he can raise plenty of money on his own, thank you very much, and still take advantage of any anti-Clinton ads the Koch Brothers decide to run in close Senate races. In the meantime he maintains his image as the “independent” candidate.

Democrat Donald Trump elections Koch Brothers Mainstream Media Marco Rubio media politics Republican Twitter
This entry was posted on Monday, August 1st, 2016 at 10:25 am and is filed under Politics. You can follow any responses to this entry through the RSS 2.0 feed. Both comments and pings are currently closed.
Many of the articles on Light from the Right first appeared on either The New American or the McAlvany Intelligence Advisor.