This article was published by The McAlvany Intelligence Advisor on Friday, July 29, 2016: 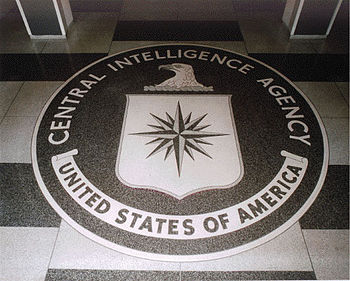 For at least the last two years, Venezuela’s Marxist President, Nicolas Maduro, has claimed that part of his problems stem from interventions planned by the U.S. Central Intelligence Agency (CIA). And for years most commentators and observers have written off those claims as more Marxist madness voiced by a dictator completely infused with paranoia.

However, analysts at the Center for Research on Globalization (CRG), headquartered in Montreal since 2001, have been watching and reporting on those plans by both the CIA and U.S. Defense Intelligence Agency (DIA). If their research is accurate, and the protests in Caracas and three other cities in Venezuela turn sufficiently violent and bloody, the CIA may use that as sufficient cause to intervene and remove Maduro by force. Wrote Nil Nikandrov nearly three years ago:

There is no doubt that a conspiracy against the Bolivarian regime is gradually and deliberately being implemented. Events in Venezuela are very reminiscent of the scenario of the weakening, compromising, and subsequent overthrow of the government of Salvador Allende in Chile in 1973. Constant deficits of essential food commodities, interruptions of electrical power and water supplies, the growth of street crime, corruption scandals, and uncontrollable inflation all affect the mindset of Venezuelans….

The planned overthrow, if it takes place, isn’t just to replace Maduro:

It is the creation of conditions for direct military intervention in Venezuela and the coordination of the timeline that the opposition has been dealing with recently at secret meetings with emissaries of Barack Obama. The U.S. president, whose image at home and abroad has been catastrophically damaged, is considering various emergency options which could at least partially rehabilitate him in the eyes of his countrymen.

A small, victorious war in Venezuela, a country with a dictatorial, almost Marxist regime, looks very tempting. The energy aspect of the hypothetical victory – the reestablishment of the dominant position of the U.S. in the Venezuelan oil sector – is always touched upon by American intelligence personnel during their contacts with the conspirators. It may be said with confidence that none of them would refuse the Americans such a service should they come to power.

That puts a different light on those protests, and Maduro’s attempts to quash them. He is using every lever of power he has – political, military, and judicial – to keep those protestors from threatening his regime. But he has to be careful not to repress them too much, as not only would his regime be at risk but so would his very existence. Past such CIA interventions have not treated deposed monarchs kindly.

The protests on Wednesday in Caracas were neutered by the presence of hundreds of Maduro’s police. Opposition leaders in the past have been arrested, tortured, and threatened with death in order to elicit agreements not to continue, according to Human Rights Watch.

The opposition party – MUD – obtained 1.8 million signatures last May in an attempt to force a recall election before the next regular election scheduled for January 2017. If Maduro can stall that process until after the regular election, he’ll be safe. Even if he is voted out, his second-in-command will continue oppressing the people in the name of socialism. So Maduro’s personally selected members of the election council – the CNE – have found a few signatures on that petition that appeared to be fraudulent, using that as an excuse to delay its approval of the recall vote from last Tuesday to next Monday. Maduro has also used those allegedly fraudulent signatures to ask his hand-picked Supreme Court to ban MUD from any political activity.

Maduro knows that if, somehow, a special election were to take place prior to the regular election scheduled for January, he would be ignominiously tossed out on his ear. He also knows, however, given what CRG has uncovered, that he cannot allow those protests to go too far. That’s why his personally hand-selected CNE – the election council – has threatened to void the petition altogether if the protests continue.

Maduro has virtual control of the country, putting the last piece of dictatorial control into place with the creation of his Great Sovereign Supply Mission, run by his top military man. That mission is simply to control the food supply and make certain that only those acquiescing to Maduro’s rules get fed.

Violence is possible, nevertheless. During the Caracas demonstrations, one of the leaders, Henrique Capriles, told the crowd: “The people don’t want violence, but the people’s patience is running out.”

So, Maduro is caught in the middle. He doesn’t want a special election, or he’ll be unceremoniously tossed. But he doesn’t want the CIA/DIA planners to use excessive violence and bloodshed as an excuse to remove him – which they likely would do, with extreme prejudice.

As the country’s economy continues to wind down, thanks to 17 years of glorious socialist planning (Venezuela’s economy is expected to shrink eight percent this year, on top of a six percent decline last year), civilians are more and more resorting to the only growth industry in the once-prosperous country: direct barter.

This writer will continue to provide updates as events unfold in Venezuela.

Background on Global Research for Globalization

The New American: In Venezuela, the Elite Meet to Eat While the Masses Starve

Conspiracy Corruption Crime dictatorship Economy Elite Energy Fraud Inflation Military Obama power recall rights Scandal Socialism threat violence War
This entry was posted on Saturday, July 30th, 2016 at 5:41 am and is filed under Crime, Politics. You can follow any responses to this entry through the RSS 2.0 feed. Both comments and pings are currently closed.
Many of the articles on Light from the Right first appeared on either The New American or the McAlvany Intelligence Advisor.