This article appeared online at TheNewAmerican.com on Thursday, July 21, 2016: 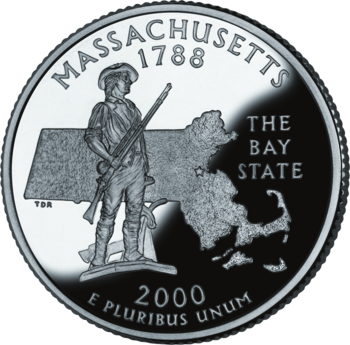 Displaying contempt for the Second Amendment, the U.S. Supreme Court’s decisions in Heller and McDonald, and the rule of law, Massachusetts’ Attorney General Maura Healey issued a diktat Wednesday banning the sale of virtually anything that looks like it might be termed an “assault rifle.” Her directive applied immediately not only to every gun manufacturer in the state but also to every gun dealer as well.

Knowing that it is, on its face, unconstitutional, Healey even admitted that her order would be challenged in court, but issued it anyway:

Here in Massachusetts, 10,000 assault weapons  [i.e., semi-automatic rifles that often look like fully-automatic military firearms] were sold just in the last year…. In the week after the Pulse [LGBT] nightclub massacre, sales of [such] weapons jumped as high as 450 percent over the previous week — just in Massachusetts….

They are weapons used to commit mass murder. And they have no business being in civilian hands….

That will end now.

She broadened the definition of “assault weapon” to fit her agenda and then issued her “directive”: “On Wednesday we are sending a directive to all gun manufacturers and dealers that makes clear that the sale of these copycat assault weapons is [now] illegal in Massachusetts. With this directive, we will ensure [that] we get the full protection intended when lawmakers enacted our assault weapons ban [18 years ago], not the watered-down version of those protections offered by gun manufacturers.”

She issued the new definition of “assault weapon”: if a gun’s operating system is the same as that of a banned weapon under present law, or has components that are interchangeable with those in a banned weapon, that gun becomes, by definition, illegal to sell in Massachusetts.

She threw a bone to citizens already in possession of such a firearm: Wednesday’s ukase won’t apply to them, at least not yet:

We anticipate our directive may be … challenged … but our job is to enforce state laws and to keep people safe.

This directive does both.

It does neither. It has nothing to do with enforcing an existing law which has been in force for nearly two decades. It has everything to do with expanding it to fit her anti-gun agenda stoked by the attack at the Pulse nightclub. And it won’t have any impact on violence committed by “assault rifles” in Massachusetts. In 2014, the latest year for which data from the FBI is available, there were no murders committed using an “assault rifle” or a rifle of any kind in her state. Zero. Zip. Nada.

Healey decided unilaterally, on her own, to issue the directive with no legislative input, no concern about due process and certainly no opportunity for public input. There was no vote, no passage of amending legislation, no due process by which citizens are protected from such autocratic decrees from would-be tyrants. It is, according to Healey, now the law of the state:

In the face of inaction by Congress, states have a duty to enact and enforce laws that protect people from gun violence. If Washington won’t use its power to get these guns off the streets, we will. Not only do we have the legal authority to do so, we have the moral obligation to do so.

Virginia’s state attorney general Mark Herring no doubt thought the same thing when he unilaterally tried to change his state’s laws regarding reciprocity for concealed carry permits. His decree not only wound up being negated, but the law on reciprocity was actually expanded while barring Herring from issuing such sweeping illegal mandates in the future.

A similar fate is likely in store for Healey. In the meantime, while she is busy defining things she doesn’t like out of existence, she might investigate the term “tyrant”. Originally a Greek term, in modern English “tyrant” refers to an absolute ruler unrestrained by law or constitution. The Encyclopedia of Diderot & d’Alembert defines the term even more precisely:

[By] tyrant, the Greeks referred to a citizen who had seized the sovereign authority of a free state … today [the term refers to] not only a usurper of sovereign powers, but even a legitimate sovereign who abuses his [or her] power in order to violate the law, to oppress his [or her] people, and to make his [or her] subjects the victims of his [or her] passions and unjust desires, which he [or she] substitutes for laws.

assault weapons attack Concealed Carry Constitution Constitutional FBI firearms LGBT mandates Second Amendment the law unconstitutional
This entry was posted on Friday, July 22nd, 2016 at 4:37 am and is filed under Politics, Second Amendment. You can follow any responses to this entry through the RSS 2.0 feed. Both comments and pings are currently closed.
Many of the articles on Light from the Right first appeared on either The New American or the McAlvany Intelligence Advisor.