This article was published by The McAlvany Intelligence Advisor on Wednesday, July 20, 2016: 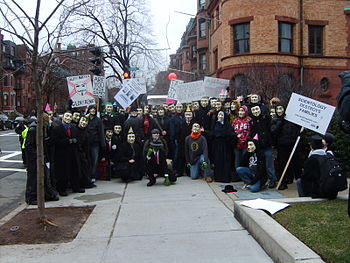 Sheriff David Clarke has been in law enforcement in Milwaukee for 38 years but only gained national attention in 2013 when he told his constituents that they couldn’t rely on law enforcement for protection and that they should arm themselves.

His circle of influence expanded as his “law and order” message began to resonate in light of the increasing attacks on police. He singled out Black Lives Matter as the primary mover, calling them Black Lies Matter, and calling them out for their revolutionary rhetoric and actions that were endangering police and costing more and more of them their lives.

In the last ten days Clarke has seen his influence and message expand further, first with an op-ed published by Fox News, followed by his verbal massacre of a feeble CNN host on national TV, and then his presentation during the opening ceremonies at the Republican National Convention in Cleveland on Monday night.

In his letter he was blunt:

Here’s a sobering thought for Americans to contemplate as we now deal with the aftermath of the horrific murders of law enforcement officers in the name of Black Lives Matter in Dallas, Texas: this was mission accomplished for Black Lives Matter, not an aberration.

The violence and hate-filled messages pouring out of Black Lives Matter seek exactly this kind of bloody revolution … [BLM is] one of the most destructive groups … that exists today.

He wrote that even the BLM name is fraudulent:

Black Lives Matter has no more to do with black issues than Students for a Democratic Society [SDS, the pro-communist revolutionary group from the 1960s that was reactivated in 2006] has to do with Democracy. They are [a] means to an end … discord, alienation among Americans, rise in hate, and destruction of community bonds.

He urged Americans to take a stand and stop cowering in the face of charges of racism and political incorrectness:

Stand up to Black Lives Matter. Show you don’t kowtow to the liberal pressure exacted to achieve their political goals … as a law enforcement officer I can tell you this is the time for choosing: law and order, justice, the American Way, or anarchy, division, hate and authoritarianism.

Black Lives Matter has shown their hand in Dallas: they choose the latter.

This was followed by an interview by one of the country’s worst journalists, one Don Lemon, of CNN, on Sunday night. Lemon was branded such by none other than the Columbia Journalism Review in 2014, and he proved worthy of the appellation in his confrontation with Clarke. It was no confrontation: it was war between two opponents: one armed to the teeth, the other completely unarmed, helpless and hopeless. The video can be found on YouTube (see link under Sources below), lasts nine minutes, and ends in the complete humiliation of Lemon as he was forced to terminate the interview as Clarke eviscerated the hapless journo.

The interchange began with Lemon asking Clarke about the situation in Dallas and Baton Rouge. Lemon suggested that the people involved were “peaceful”, that the protesters were seeking only “peaceful” solutions to the “problem.” Clarke glared at him for at least ten seconds and then responded:

You don’t believe this for one minute, do you, Don?

Clarke: Were there any protests over the deaths of the police officers?

Lemon: I didn’t hear of any.

Readers can only appreciate the virtual verbal dismembering of Lemon by watching the nine-minute video which has already been viewed almost two million times.

I’ve been watching this for two years. I’ve predicted this. This anti-police rhetoric sweeping the country has turned out some hateful things inside of people that are now playing themselves out on the American police officer.

He called BLM “purveyors of hate”, said that their ideology was false, that there is no data to support its claims that officers treat black males any more aggressively that white males. He exclaimed:

This anti-cop sentiment from this hateful ideology called Black Lives Matter has fueled this rage against the American police officer!

Lemon:  Sheriff, please, let’s just keep the volume down here. Can we just keep it civil?

Clarke: I’m looking at three dead cops this week, and I’m looking at five last week, and you’re telling me to keep it down? Don, I wish you had that message of civility toward this hateful ideology, these purveyors of hate. That’s what they do. These people preach vile and hate in the name of virtue!

Lemon saw where the interview was going, that there was no redemption for him, and he terminated it.

That set Clarke up for his opening remarks on Monday night:

Ladies and Gentlemen, I would like to make something very clear. Blue lives matter in America!”

Partisans in the Quicken Loans Arena erupted with sustained applause. They then waited for what came next, and weren’t disappointed:

What we witnessed in Ferguson and Baltimore and Baton Rouge was a collapse of the social order. So many of the actions of the Occupy Movement and Black Lives Matter transcends peaceful protests and violates the code of conduct we rely on – I call it anarchy!

The effects of his electric presentation Monday continue to resonate. His message is finally getting through. BLM and its enablers have no interest in “solving” anything but only in making things worse. Their goal is destruction of local police, leaving a vacuum to be filled with national or federal police.

There is no shade of gray with Sheriff David Clarke, nor should there be. He is teaching a lesson that more and more Americans need and want to hear: there can be no compromise with evil.

Part of the transcript of the interview with Don Lemon

DiscoverTheNetwork.org: Background on the New SDS, reactivated in 2006

attacks communist confrontation Democrat Donald Trump Fraud Hate ideology justice law Liberal Republican revolutionary violence War
This entry was posted on Thursday, July 21st, 2016 at 5:04 am and is filed under Crime, Politics. You can follow any responses to this entry through the RSS 2.0 feed. Both comments and pings are currently closed.
Many of the articles on Light from the Right first appeared on either The New American or the McAlvany Intelligence Advisor.