This article appeared online at TheNewAmerican.com on Wednesday, July 20, 2016:

Ted Eliopoulos, the chief investment officer of the country’s largest pension plan, the California Public Employees Retirement System (CalPERS), did the best he could with the bad news: “Positive performance in a year of turbulent financial markets is an accomplishment that we are proud of.” That “positive performance” was a measly 0.61-percent return from July 1, 2015 through June 30, 2016, on his $300 billion pension plan. That means that the fund is now about $100 billion short of meeting its future obligations. 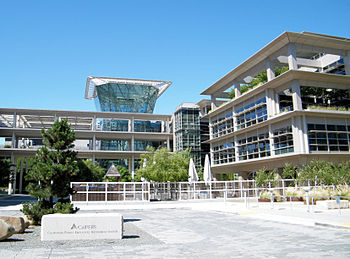 of 7.5 percent each year on its invested assets. Unfortunately his plan’s returns haven’t met that target over the last three years, or the last five, 10, 15, or 20 years for that matter.

It’s small comfort that the country’s second-largest pension plan, also in California — the California State Teachers’ Retirement System (CalSTRS) — is in the same boat. It reported that it earned a paltry 1.4 percent on its $189 billion of assets. It is also way underfunded, having just 68 percent of the assets needed to pay its future benefits; or, put another way, it should have $278 billion instead of just $189 billion.

The manager of CalSTRS, Christopher Allman, sang the same tune as Eliopoulos: “[Our investment strategy] is designed for the long haul and we look at performance in terms of decades, not years.” But like CapPERS, over the last 10 and 20 years CalSTRS has failed to meet its benchmarks, too.

And if those benchmarks were lowered to a more realistic level — say to the five or six percent range — his shortfall, just as with CalPERS, would be vastly larger.

Extended across the entire public-sector pension plans, the shortfall becomes breathtakingly (some say unnervingly) huge. According to The Economist magazine, the average American state or local government pension plan assumes that it will earn an average of 7.69 percent per year in the future. But in today’s world, those assumptions are increasingly being called into question. Most investment strategies put 60 percent of the plans’ assets into bonds, hoping to generate yield from bond interest payments, and perhaps some capital appreciation if interest rates continue to decline. But with 10-year Treasuries yielding barely 1.5 percent and 30-year bonds paying not much over two percent, asking those investments to approach anything like seven percent is like asking a long-jumper in the Olympics to reach 100 feet when the current world record is just under 30 feet.

The balance is usually invested in equities, mostly American blue-chip stocks. The plans’ managers are hoping to enjoy a dividend yield along with some significant capital appreciation. But with the market hitting all-time highs, and the dividend yield (on the S&P 500 index) barely two percent, asking for more is like asking for the moon.

Elroy Dimson, a professor at both the Cambridge and London Business Schools, co-authored a study of anticipated investment returns in today’s world. He thinks the likely future long-term real (inflation-adjusted) return on such a balanced portfolio of stocks and bonds will be somewhere between four and 4.5 percent — nowhere near the 7.5 percent pension managers are hoping for. The future will not equal the past according to The Economist. Since 1984, employees have contributed 12 percent to pension plans’ assets while their employers contributed twice as much: 25 percent. The balance, 63 percent, has come from capital appreciation and interest and dividend income. In the future, as returns on equities and bonds diminish, more will be demanded from employees and their employers. Employees and taxpayers are especially vulnerable: Taxpayers will be faced with tax increases to fund the deficits while employees will be forced to contribute more to their plans. And when they retire, they are likely to find that their benefits have been cut — some severely.

Such problems have already forced three California cities into bankruptcy, and the Teamsters’ Central States pension fund and Sears’ pension plan are getting close.

The Teamsters’ plan is projected to run out of money altogether in less than 10 years, while Sears’ plan could evaporate even sooner than that. At present, the Central States plan is paying out $3.46 in benefits for every dollar of contributions that it receives. A plan to cut benefits to present beneficiaries was just turned down in court, leaving its trustees with few options other than just letting time and mathematics take their course.

The situation at Sears is even more desperate. Despite piling billions into its faltering plan, its shortfalls continue to increase. It has $3.2 billion in assets but $5.3 billion in liabilities, but once again that liability number is a fairy tale number based on much-too-optimistic assumptions. As Rich Duprey, writing for the Motley Fool, put it:

As bad as it sounds, the situation’s actually worse because Sears’ [fund managers are] using imaginary numbers to make the situation appear better that what it is. Even though the accounting [assumptions are] perfectly legal, and many companies employ the same tactics, the bill is coming due, and it won’t be pretty.

What Duprey means is that the pension liabilities are so gigantic, and Sears is in such desperate financial shape (it has been selling off its properties as fast as it can just to stay afloat), that adding additional pension funding demands could, and probably will, end Sears as a company altogether.

Rosy assumptions combined with a poor investment outlook for the foreseeable future caused by the Fed’s determination to keep interest rates at historic lows are going to translate into fewer benefits for retiring employees, demands for increased contributions by employers, and, finally, when those aren’t sufficient, higher bills for taxpayers. When the East Bay Times reported on the poor returns on CalPERS assets, it calculated that the plans’ shortfall is in essence a liability of $11,000 on every California household which, it said, “is relevant because taxpayers, not government workers, must make up the shortfall.”

It’s always the taxpayers who get it in the end.

Bankruptcy Deficit Interest Rates liabilities Pension Retirement S&P 500 Index taxpayer underfunded
This entry was posted on Thursday, July 21st, 2016 at 5:26 am and is filed under Economics. You can follow any responses to this entry through the RSS 2.0 feed. Both comments and pings are currently closed.
Many of the articles on Light from the Right first appeared on either The New American or the McAlvany Intelligence Advisor.