This article appeared online at TheNewAmerican.com on Monday, July 18, 2016: 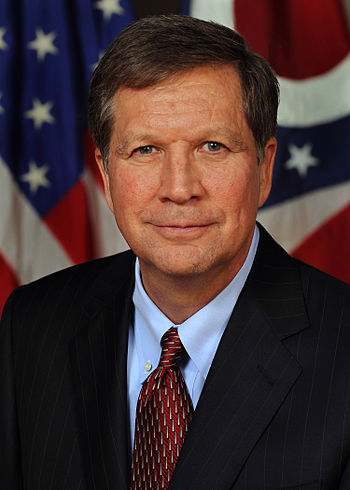 On Sunday, the day before the start of the Republican National Convention, Stephen Loomis, the president of the Cleveland Police Patrolman’s Association, sent a letter to Ohio Governor John Kasich asking him to restrict Ohio’s “open carry” law for Cuyahoga County for a week:

We are …. requesting assistance from him. He could very easily do some kind of executive order or something — I don’t care if it’s constitutional or not at this point.

Somebody’s got to do something. What we have now is completely irresponsible.

Within hours Governor Kasich’s office responded, saying he would do no such thing: “Ohio governors do not have the power to arbitrarily suspend federal and state constitutional rights or state laws, as suggested.” The convention chairman, Jeff Larson, echoed Kasich’s response: “The governor can’t simply say, I’m going to relax [the law] for a day.” Besides, said Larson, “The open carry laws in Ohio haven’t changed.… They’ve been in effect for quite some time. [We’ve] had a number of big events that have taken place with open carry without any issues.”

For emphasis, Cleveland Police Chief Calvin Williams said he is making sure that his officers respect the citizens’ rights to carry, open or concealed, adding that he wants to “make sure [my] officers are not taken aback when they see that activity.”

Following the rebuff of his demand, union leader Loomis said that his group is “going to be looking very, very hard at anyone who has an open carry. An AR-15, a shotgun, multiple handguns, it’s irresponsible of those folks — especially right now — to be coming downtown with open carry ARs or anything else.” Loomis added:

I couldn’t care less if it’s legal or not. We are constitutional law enforcement, we love the Constitution, support it and defend it, but you can’t go into a crowded theatre and scream fire. And that’s exactly what they’re doing by bringing those guns down there.

The issue became moot when the Secret Service settled the matter, at least inside the Quicken Loans Arena: There will be no firearms allowed inside. The agency cited Title 18 United States Code, Sections 3056 and 1752, which provides the service with all the authority it needs to make such a ruling. It gives it the “authority to preclude firearms from entering sites visited by our protectees, including those located in open-carry states.”

Myths about carrying firearms, concealed or open, continue to mislead the ignorant, such as Loomis. Gun Facts, at its website www.gunfacts.info, posts the following Myths and Facts that should have kept Loomis from requesting the legally impossible and factually errant:

Fact: A few cases, selected at random, disprove the myth:

A citizen with a gun stopped a knife-wielding man from wreaking havoc in Salt Lake City;

Two men used their firearms to stop a potential mass murder at the Appalachian School of Law;

An armed citizen ended a shooting incident in Early, Texas, while police were pinned down by the shooter.

These exploded myths, plus many others listed on the website, assure that the chances of violence (unless instigated by agitators) in Cleveland this week will remain very low. And it fits nicely with Trump’s latest iteration of his campaign slogan, from “Make America Great Again” to “Make America Safe Again.”

The arena may be a “gun free” zone but elsewhere Ohioans will continue to enjoy the right to keep and bear arms, with its provably calming influence likely to continue to be felt across the state.

Concealed Carry Constitution Constitutionalist Crime facts firearms myths rights
This entry was posted on Wednesday, July 20th, 2016 at 4:20 am and is filed under Second Amendment. You can follow any responses to this entry through the RSS 2.0 feed. Both comments and pings are currently closed.
Many of the articles on Light from the Right first appeared on either The New American or the McAlvany Intelligence Advisor.