This article appeared online at TheNewAmerican.com on Tuesday, July 12, 2016: 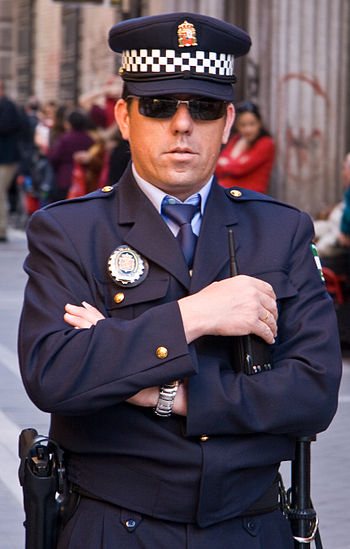 When the conclusions were made public — that there is no proof that police officers are more likely to shoot blacks than whites in lethal-force confrontations — neither the author, black Harvard economics professor Roland Fryer, nor the New York Times could believe them.

Fryer, the youngest African-American to receive tenure at Harvard and the first one to receive a prize given to the most promising American economist under 40, said his report’s conclusions were “the most surprising result of my career.”

The New York Times was less generous, writing that “the result contradicts the mental image of police shootings that many Americans hold in the wake of killings (some captured on video) of Michael Brown … Laquan McDonald … Tamir Rice.” The Times called the result “counterintuitive” and “undercut the idea that the police wield lethal force with racial bias.”

Fryer went further, questioning the basis upon which Black Lives Matter has built its nonviolent — yet violence-inviting — claim that police are racist killers. While admitting that his study showed higher incidents of lower levels of force against minorities, “It is plausible that [such] differences in lower level uses of force are simply a distraction, and movements such as Black Lives Matter should seek solutions within their own communities rather than [attempting to use violence to] change the behaviors of police.”

Fryer was motivated to undertake the study out of anger, admitting that “protesting is not my thing. But data is my thing. So I decided that I was going to collect a bunch of data and try to understand what really is going on when it comes to racial differences in police use of force.”

Despite his initial bias, Fryer followed where that “bunch of data” led. He and his staff invested over 3,000 hours harvesting and analyzing data on five million police encounters with civilians, from 10 police departments, including Houston, Austin, Dallas, Los Angeles, Orlando, and Jacksonville, along with data from four other Florida counties’ police departments.

He looked closely at the more than 1,300 encounters that involved the use of lethal force and found that police officers were more likely to fire their weapons when the suspects were white, not black. This undercut the BLM ideology that the police wield lethal force because of racial bias.

A bulk of the data analyzed came from Houston, Texas, and Roland’s team concluded that police officers there were about 20 percent less likely to shoot suspects if they were black. Wrote Roland:

In stark contrast to non-lethal uses of force, we find no racial differences in officer-involved shootings.… We find [instead] that blacks are 23.8 percent less likely to be shot at by police officers relative to whites….

Partitioning the data in myriad ways, we find no evidence of racial discrimination in officer-involved shootings….

The data does more to provide a more compelling case that there is no discrimination in officer-involved shootings….

On the most extreme use of force — officer-involved shootings — we are unable to detect any racial differences in either the raw data or when accounting for controls….

In the end … we have no definitive proof of discrimination.

It also confirms a similar conclusion reached by Washington State University following simulation tests that officers in lethal force situations are less likely to shoot at blacks than whites.

Rather than confront the study’s primary conclusions head on, the New York Times preferred to focus on the study’s results concerning lower levels of confrontation (stop-and-frisk, misdemeanors, etc.). Its own conclusions were that Fryer’s results “may not be true in every city. The cities Mr. Fryer used to examine officer-involved shootings make up only about 4 percent of the nation’s population, and serve more blacks citizens than average.” It added that Fryer’s conclusions “do not mean that the general public’s perception of racism in policing is misguided … [because] nonlethal uses of force [are] far more common.”

This is a classic case of distraction away from the main point that Fryer made: There is no racial bias in lethal-force confrontations between police and the citizenry. That puts the whole ideology behind the Black Lives Matter movement into question. After reviewing the study, Jonathan Tobin, writing in Commentary, said:

The notion that blacks are at risk from police fits in nicely with liberal myths about law enforcement … [a] lie that has kept a group like Black Lives Matter going with its destructive agenda that has led to anti-police violence….

[That agenda] is actually costing African-Americans their lives.

If that agenda remains uninformed, and is successful, much more than those lives will be lost. A national police force, taking the place of discredited local police, will impose vastly harsher measures than Tobin can likely imagine.

confrontation discrimination ideology Liberal myths violence
This entry was posted on Wednesday, July 13th, 2016 at 5:26 am and is filed under Crime, Politics. You can follow any responses to this entry through the RSS 2.0 feed. Both comments and pings are currently closed.
Many of the articles on Light from the Right first appeared on either The New American or the McAlvany Intelligence Advisor.