Another view of Comey’s Decision not to Recommend Indictment

I rarely publish anything that isn’t sourced, but this anonymous email (I tried to track down its source, without success) was so extraordinary and thoughtful that I decided to offer it to you for your consideration. Whether intended or not, the issue won’t die, thanks to Comey. 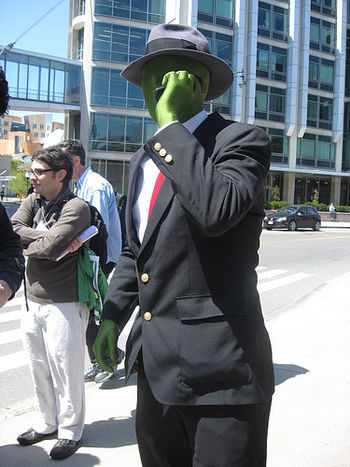 Comey is not a stupid guy.  He may have been directed to “take the fall” with his Hillary announcement (we know that Loretta didn’t want this thrown on her desk to preside over, even though the FBI has no authority to make decisions whether or not to prosecute crimes; they only investigate and Justice Dept decides that).  However, he decided to do something out of the ordinary — lay out and disclose all of his evidence during his Press Conference.  He knew what he was doing and he knew that it would create a “firestorm” of controversy.  If he had just sent everything he had to AG Lynch, it might have all gotten buried or, at least, not disclosed until long after the election.  Instead, he threw it all out for the public to know.

He also knew that it would cause Congress to call for an investigation so, now, he will not just be able to go and answer their questions; he made himself available almost instantly (tomorrow at 10 AM) full well knowing that they will want to dig even deeper, hear about more evidence and have an open-ended Q&A for the entire day if they want to.  If he wanted to, he could have stalled this for a month just by saying “he’s busy; send me a Subpoena or let’s schedule it for a convenient time.  I think Comey knew that this way the FBI’s entire case will get a full public airing (and, since there isn’t a prosecution pending, he can be candid and open about anything and everything).  If it went to the Justice Dept’s hands, it would die a slow death there.  Nothing will be kept secret now; we’ll learn about things (such as Hillary having 12 private servers) that no one even suspected existed.  Comey can, literally, try this case before the public, just as he started to do laying out the key evidence just before “dropping the case”, when everyone thought he was heading toward a recommendation of prosecution.

The Public and Media will now get to know EVERYTHING that would or could have been presented in court if there was a prosecution (in fact, even more than what could be presented in court because there will be no rules of evidence holding him back).  This hearing could be extremely eye-opening.  Like I said, Comey isn’t a stupid guy and he might have just outsmarted Lynch and Obama when they told him to “kill this case”.  A Grand Jury might have taken 6 months or longer to accomplish, if playing “according to Hoyle”, plus it is secret, except for leaks.  Now nothing will be secret.  Again, Comey is not stupid and he might also prove that he is no one’s lacky; however, he will just “play it straight”; answer all of the questions and not have to volunteer anything.  After all, Obama and Lynch can’t tell him to lie to Congress.  He might look foolish laying out this case when not recommending prosecution but he might be wiser beyond our thinking because now he will just be responding to questions “under oath.

That’s my take on this scenario.  This could come out to be the biggest fake-out in American history and, possibly, the only way to take down a liar and dishonest government official who is being “protected”.  It might, actually, be worse than anything Hillary and Bill ever imagined.

Who knows; maybe this will also carry into the Foundation crap as well.  We will see.

Crime fact FBI justice media Obama
This entry was posted on Tuesday, July 12th, 2016 at 1:09 pm and is filed under Politics. You can follow any responses to this entry through the RSS 2.0 feed. Both comments and pings are currently closed.
Many of the articles on Light from the Right first appeared on either The New American or the McAlvany Intelligence Advisor.