This article appeared online at TheNewAmerican.com on Friday, July 8th, 2016: 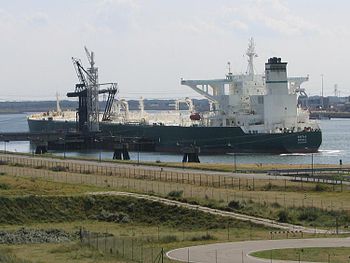 Since the 1970s ban on exporting crude oil was lifted last December, the oil industry has given statists and anti-growth politicians a lesson in free markets: exports increased seven times their previous levels in just the first three months of 2016. And this in the face of an economy that is still suffering from the dregs of the Great Recession.

This was predicted by IHS (Information Handling Services), located near Denver, two years ago when the group stated that lifting the ban would allow crude exports to soar, resulting in all manner of economic benefits, both direct and indirect.

Flying in the face of objections (from those who either don’t, or refuse to, understand free market economics) that lifting the ban would raise the price of gasoline, IHS instead said it expected gas prices to drop as much as eight cents a gallon and put nearly a million people back to work in the oil patch.

The reason is simple: When markets are opened, it increases demand. When demand increases, new investment floods in, hoping to take advantage of the opportunity. In the oil patch, this means greater production of energy products, which over time lowers prices.

With America sitting on an incomprehensibly large supply of technically recoverable oil — some 1.3 trillion barrels: enough, according to IHS, to “fuel more than 90 million cars and nearly 3.5 million homes for more than 50 years” — all it takes is getting government out of the way.

The technology is already in place and improving daily. When the ban was lifted, new markets were opened in such unlikely places as Venezuela, whose heavy crude must be blended with lighter blends such as those produced by U.S. frackers. And so its oil terminal on Curacao (a tiny island just off its north coast) received 75,000 barrels of U.S. crude every day in March, up from just 17,000 bpd in February. The Marshall Islands in the northern Pacific Ocean also imported 49,000 barrels per day in March, up from zero.

IHS said that the opportunity to export previously banned crude oil will have ripple effects that reach far beyond just the states sitting on top of that massive supply of oil. Those benefits could reach as far as New York and California, with exporters now shipping crude to Japan and Italy as well as to Venezuela.

It’s also closing the gap between the amount of oil being imported into the United States and the amount being exported — the so-called petroleum trade deficit. That gap has already shrunk to the lowest level since 1999.

Lifting the ban also has national security implications for the United States and elsewhere. It assists all states by reducing their dependency upon OPEC, Russia, and other decidedly unfriendly states which have used oil for decades as a tool to implement their political agendas.

With oil drilling rigs coming back online following the “balancing” of supply and demand at around $50 a barrel, the lifting of the ban will move the United States closer to self-sufficiency, according to Kyle Isakower, a vice president of the American Petroleum Institute (API):

The United States is poised to become the world’s largest oil producer, and access to [new] foreign customers will create economic opportunities across the country.

When it comes to crude oil, the rewards of free trade are not limited to energy-producing states [either]. New jobs, higher investment, and greater energy security from exports could benefit workers and consumers from Illinois to New York.

It all starts with allowing the free market to operate, added Isakower:

The economic benefits are well established.

If the lesson being taught by lifting the crude oil export ban is learned by enough politicians, the rest is easy: Lift similar restrictions on the export of coal and natural gas (in liquefied form, LNG). At the moment, however, as Nicolas Loris noted at the Daily Signal: “Regrettably, the federal government locks up these entirely or restricts access by making companies jump through onerous, duplicative regulatory hoops.”

One college professor who gets it is Ken Medlock, senior director at Rice University’s Center for Energy Studies in Houston:

A lot of times, [all] you need to do to stimulate the U.S. economy is to remove barriers … what you see here is one of those barriers being torn down.

The lessons are being taught by the free market. The question is: Will enough politicians learn what is being taught?

Economy Energy Federal Government Free Market Gas Prices growth Jobs Oil Industry OPEC politician ripple effect Technology
This entry was posted on Saturday, July 9th, 2016 at 5:35 am and is filed under Energy, Free Market. You can follow any responses to this entry through the RSS 2.0 feed. Both comments and pings are currently closed.
Many of the articles on Light from the Right first appeared on either The New American or the McAlvany Intelligence Advisor.