Ryan Reverses, Calls for Another Vote on Gun Control

This article appeared online at TheNewAmerican.com on Wednesday, July 6, 2016:

Just over a week ago House Speaker Paul Ryan said neither he nor the House would be held hostage by radical Democrats staging a sit-in over demands for votes for more gun control. Now he is allowing a package of so-called “anti-terrorism” bills to come to the floor for a vote, including a bill nearly identical to one already voted down.

On June 22, Ryan dismissed the radicals’ 22-hour sit-in as a “publicity stunt” and 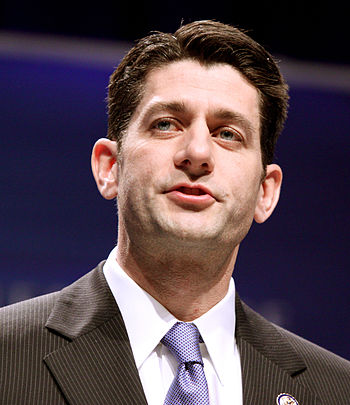 no way to bring legislation to the House floor for a vote. He sounded very serious about protecting precious rights of Americans: “We’re not going to take away a citizen’s constitutional rights without due process.… People have individual guaranteed rights [in the] Second Amendment. That is what the Constitution requires, and we’re going to stick with the Constitution.”

Eight days later he reversed himself and announced that he would bring a package of “anti-terrorism” tools to the floor for a vote, one of which, if passed, would violate those precious rights. It would also encourage another sit-in if certain amendments from radicals that would further violate those rights weren’t added to the package.

So much for resisting pressure from radicals.

The package, if passed, would create another government bureau, this one to prevent terrorist attacks. It would include plans for a nation-wide “exercise” to thwart any incipient terrorist attacks. It would grant the government the power to revoke passports of anyone who belongs to, or assists, a known terrorist group. It would create an “alert” system to notify the FBI whenever someone already on a watch list (or who has been on one in the last five years) tries to buy a gun.

The most dangerous part of the package is an amendment nearly identical to the Cornyn bill voted down by the Senate last week, and its sister bill offered by Maine Republican Senator Susan Collins. It would suspend, without due process, the constitutional rights of suspects, including the right to purchase a firearm, for three days, giving a court time to decide if the suspension was justified, or not. In a phrase, the suspect would be deemed guilty until proven innocent, exactly the kind of infringement the Founders sought to prevent by adding the Bill of Rights, including the Second, Fourth, and Fifth Amendments, to the Constitution.

On a positive note, absent from the package are two amendments especially near and dear to the hearts of the radicals who have no compunction about violating the Constitution, one expanding background checks further, the other taking away gun rights from anyone suspected of having terrorist ties. But if those amendments are not allowed, those radicals “will have further discussions about possible actions to take in response,” according to a Democrat aide.

Missing from any of the arguments on either side of the aisle is discussion about just exactly how these measures, if enacted, would deter terrorists from carrying out their raids. Harsh gun controls in Paris and Istanbul certainly didn’t prevent horrific attacks on innocents there. Rather, it seems that Congress, on both sides of aisle, seems to think that the best way to fight terrorism is to place more restrictions on innocent Americans who only want the government to obey the Constitution.

Absent assurances that Congress will do any such thing, Americans are (and have been) taking things into their own hands. The FBI reported on Sunday that June set another record for gun purchase background checks, with more than 2.1 million of them being processed. That is the 14th month in a row that new records have been set, and June was the highest recorded since the background check system became operational in 1998.

Alan Gottlieb of the Second Amendment Foundation noted: “As I have been predicting for months we are going to keep on breaking records through the November election. Obama, Clinton and Bloomberg’s anti-rights rhetoric is driving more and more people to gun stores.”

With the help of Ryan and his kowtowing to radicals in the House, even more Americans are likely to take advantage of a window that appears to be closing.

attacks Bill of Rights Constitution Democrat Fifth Amendment Gun Control Obama Paul Ryan radical rights Second Amendment Terrorism
This entry was posted on Friday, July 8th, 2016 at 3:56 am and is filed under Constitution, Politics. You can follow any responses to this entry through the RSS 2.0 feed. Both comments and pings are currently closed.
Many of the articles on Light from the Right first appeared on either The New American or the McAlvany Intelligence Advisor.