This article appeared online at TheNewAmerican.com on Thursday, June 30, 2016: 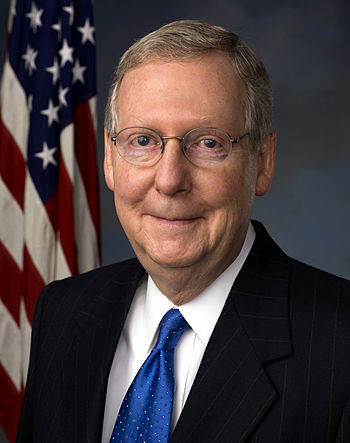 Since Senate Majority Leader Mitch McConnell said it, it must be true: The bill passed by the Senate on Wednesday to rescue Puerto Rico from its overwhelming financial troubles “won’t cost taxpayers a dime, not a dime.”

The president has said he would sign into law the dreadfully misnamed Puerto Rico Oversight, Management and Economic Stability Act (PROMESA) immediately and would then begin to nominate the seven members of the board to oversee its implementation. That board is to become effective on September 1.

That provides no help to Puerto Rico, which will default on most of a $2 billion payment due July 1. And it does nothing to address the additional $2 billion the government owes to its various vendors, suppliers, and contractors, who have been waiting months to get paid for work already completed and services already rendered. While the focus of all the congressional debate has been on the $73 billion the little island of less than four million citizens owes to various creditors, nothing was said about the other $40 billion shortfall in the island’s pension plans for its government workers. And nothing in the bill addresses the underlying problem: a dysfunctional economy laden with regulations that not only punish small businesses but discourage the creation of new ones.

What the bill will do, according to its supporters, is enforce a haircut onto creditors who have been unwilling to compromise their positions in negotiations directly with the Puerto Rican government. Once in place, new financing can begin again! Dick Larkin, credit analysis director at Stoever Glass & Co., which brokers municipal bonds, can hardly wait: The new board will “enable Puerto Rico to be self-sufficient and able to sell bonds in the future for its operating and capital needs.”

It won’t matter that those bonds will carry junk ratings. What will matter is the yield — currently more than 12 percent on its present bonds that mature in 2035 — which is triple-tax-exempt to investors. It’s that enticement, with the help of bond brokers such as Stoever, that have made money available to Puerto Rico not only to fund its overly generous retirement plans for its workers, but also to roll over maturing bonds with new ones while borrowing to pay their interest along the way. It won’t matter than the island has already missed approximately $562 million in debt repayments already this year.

When told that the Senate had passed PROMESA (the House had already passed the bill earlier this month), President Obama was delighted: “The bill is not perfect but it is a critical first step toward economic recovery and restored hope for millions of Americans who call Puerto Rico home.”

Of course, there will be no such thing as an “economic recovery” in Puerto Rico unless and until the government starts reducing its onerous regulation of business, cutting back on government worker salaries (government workers make $75,000 a year, while teachers make just $24,000, for example), and reduce their retirement benefits. Taxes must be cut, not raised, as nearly half the citizens there already live in poverty. Minimum-wage laws need to be revised downward or better yet eliminated altogether. This would allow business owners to hire people who now aren’t worth what the government says they must be paid. Overtime pay rules must be modified, too, but unions have so far successfully resisted both measures.

Senator Robert Menendez (D-N.J.) said something remarkably sensible in explaining his “no” vote on PROMESA: It authorizes “an unelected, unchecked and all-powerful control board to determine Puerto Rico’s destiny for a generation or more.” Senator Bernie Sanders (I-N.H.) also voted “no,” blasting the bill as “colonialism at its worst.” They’re both right: Not a single member of the new seven-man board will be from Puerto Rico. And if history is any guide, oversight of that board by the Congress will be essentially non-existent.

Finally, American taxpayers will be on the hook for this phony oversight board. They are already bailing out the troubled island and have been for years. First, there will be legal fees during negotiations with creditors estimated to approach $400 million, courtesy of the American taxpayer. Second, taxpayers are already funding the island’s residents’ Medicare and Medicaid expenses to the tune of another $350 million a year.

Finally, there is the special corporate tax forgiveness program installed a decade ago that allows American companies in Puerto Rico to offset taxes they pay to the local government against taxes they owe stateside. This author covered this scam previously in The New American, quoting Brian Faler at Politico:

In 2010, Puerto Rico enacted a special excise tax on American companies there — mostly pharmaceutical and medical device companies — in a bid to plug a hole in the Puerto Rican government’s budget. But the government had agreements with many of those companies that it wouldn’t raise their taxes.

So it designed the tax to be eligible for the foreign tax credit in the U.S.

So even though this monstrosity was touted by the Senate Majority Leader as not costing the American taxpayer “a dime,” it already is costing plenty, with costs likely to escalate into the future. In the meantime Puerto Rico will remain an economic basket case.

Economy Mitch McConnell Pension Regulations taxpayer Unions
This entry was posted on Tuesday, July 5th, 2016 at 5:52 am and is filed under Economics, Politics. You can follow any responses to this entry through the RSS 2.0 feed. Both comments and pings are currently closed.
Many of the articles on Light from the Right first appeared on either The New American or the McAlvany Intelligence Advisor.