How to Destroy the Criminal Justice System: The Freddie Gray Case

This article was published by The McAlvany Intelligence Advisor on Monday, July 4, 2016: 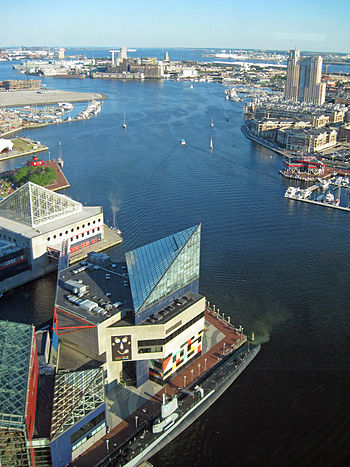 Marilyn Mosby has given radicals a lesson in how to destroy faith in the criminal justice system. Without faith that it is fair, balanced, and just, it won’t work. The society will instead degenerate into mob violence and mob rule. That will lead to oppression and a federal police state. That process is already well underway in Baltimore.

In less than 100 days in office, Mosby had her chance. She assumed office as the State’s Attorney for Baltimore, Maryland, on January 8, 2015. On April 12, Freddie Gray was arrested on an illegal weapons charge and was transported to the station house for booking. On the way, his neck was broken, he fell into a coma, and he was rushed to a trauma center where he died a week later.

Mosby had her opportunity: six police officers transporting Gray had obviously beaten him up, given him a “rough ride” in the van, and caused his death. Her medical examiner declared his death a homicide. On May 1, Mosby announced numerous charges against the six officers in Gray’s death. Protests started immediately and almost burned the place down. There were 34 arrests and 15 police officers were injured.

During that announcement, Mosby prejudiced her case against the officers by responding to those protests and riots instigated by the Black Lives Matter movement, saying: “I heard your call for ‘No justice, no peace.’ Your peace is sincerely needed as I work to deliver justice on behalf of this young man…. Our time has come.”

During the first trial, evidence was withheld from the defense that would have explained what happened: there was no “rough ride” as was originally charged. This was proven by statements from another criminal who was in the van at the time. His statements that Gray had injured himself despite efforts of the officers to restrain him were deliberately withheld by Mosby in the hopes of getting a conviction.

The judge learned about it and came down hard on Mosby and her attorneys, demanding that the exculpatory evidence be made available to the defense team defending the officers.

Last week, Mosby said that her office would proceed anyway in the fourth trial, this one against Lt. Brian Rice, with pre-trial motions to be presented on Tuesday. This so infuriated law professor and legal activist John Banzhaf (the same attorney who successfully defended the rugby players in the Duke University scandal a decade ago) that he filed a complaint with the Maryland Bay Counsel demanding that they investigate her and possibly disbar her for misconduct in office. In his complaint he said that:

She did not have probable cause to support bringing a successful conviction in any of the cases;

She made public statements that prejudiced those cases;

She withheld evidence from the officers’ defense attorneys that would have helped their cases against her charges;

She continued to prosecute other officers even after the judge involved hasn’t found sufficient evidence to convict any of them so far; and

She engaged in conduct that was “dishonest, fraudulent, deceitful, and which misrepresented the facts” in those cases.

Page Croyder, who spent 21 years in the Baltimore state’s attorney’s office, piled on:

[Mosby] had one of the most experienced homicide prosecutors in the state of Maryland as chief of her homicide unit, but did not ask him to investigate.

She had the police report all of one day before filing charges [against the officers]; her mind was already made up.

And she failed to make use of a grand jury to gather, probe, and test the evidence before a group of average citizens [before deciding to file charges].

Published ethical standards prohibit the use of a prosecutor’s powers for political (crowd control) or personal (career ambition) purposes. They demand that prosecutors be fair and objective and protect the innocent.

Instead, Ms. Mosby, without all of the evidence yet available to her, pandered to the public by promising “justice” for Freddie Gray.

Mosby finds herself in a pickle, and will shortly be out of a job. If she pulls the charges on Tuesday, it will confirm that she never had a good case against the officers in the first place. If she proceeds, she’ll lose the fourth case (being tried by the same judge using the same evidence) as well, confirming charges of her ethical violations.

But it doesn’t matter. She is expendable, a “useful idiot” performing service for insiders who want to damage the reputation of the police and the justice system in Baltimore so that federal jurisdiction (and law enforcement) can take over. As Alfred Regnery, president of the Law Enforcement Legal Defense Fund, which is helping to pay the legal fees of the six officers charged in the case, wrote:

First is the staggering increase in crime in Baltimore since the Freddie Gray incident – much of it attributable to the “Ferguson effect” of police reluctance to put themselves in danger of prosecution.

She has also made it more difficult for other prosecutors to bring difficult cases [to trial] since she has generated [so much] distrust and suspicion of the justice system among her constituents.

Even beyond that, however, is the damage she has done, and continues to do, to the justice system itself, which relies on public trust and reliance by the people affected by it that it is run professionally, without bias, and without political interference.

Mosby will likely disappear from public view, at least temporarily. She may pop up somewhere else, doing service for the same forces. She gained national notoriety, flying back and forth across the country presenting her case about police brutality and a failed justice system to the ears of eager listeners. She was invited onto the stage at a Prince concert (the first one Prince performed there in 14 years), where she received the audience’s applause. She got an official blessing of approval from Elijah Cummings, one of the more notorious anti-American legislators in Congress. Just days after her announcement of charges against the officers, Cummings said “She is a veteran prosecutor. She’s a young lady who has spent a lot of time addressing these issues. Her integrity is impeccable, without a doubt.”

What isn’t in doubt is the damage that Mosby has done, giving lessons to others not interested in justice but in destruction.

CBS: Complaint Filed Against Mosby Calls Her ‘A Runaway Prosecutor’

The New American: Officer in Third Freddie Gray Trial Found Not Guilty. What Next?

Regnery: Marilyn Mosby’s Disbarment Would Be A Fitting End to Her Politically-Motivated Prosecution of Baltimore Officers

Background on John Banzhaf, who filed the complaint

Crime Deceit Fraud guilt integrity justice politics prejudice probe radical Scandal War
This entry was posted on Tuesday, July 5th, 2016 at 5:40 am and is filed under Uncategorized. You can follow any responses to this entry through the RSS 2.0 feed. Both comments and pings are currently closed.
Many of the articles on Light from the Right first appeared on either The New American or the McAlvany Intelligence Advisor.