This article was published by The McAlvany Intelligence Advisor on Monday, June 27, 2016: 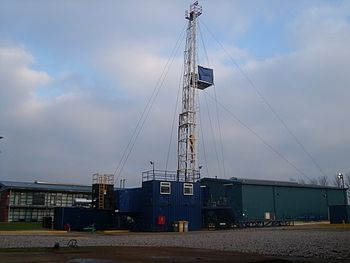 Scott W. Skavdahl was nominated as judge of the United States District Court for the District of Wyoming by President Obama in February, 2011. The Senate voted 96-0 to confirm him in November. If Obama thought he had a friend he could rely on he was sadly mistaken. On Tuesday, June 21, Skavdahl came down hard on the BLM, accusing it of deliberately and intentionally ignoring Congressional intent when it prohibited the EPA from regulating fracking back in 2005:

The BLM has attempted an end-run around the 2005 Energy Policy (EP) Act; however, regulation of an activity must be by Congressional authority, not administrative fiat.

The Court finds the intent of Congress is clear, so that is the end of the matter.

At issue, on the surface at least, was the Fracking Rule issued by the BLM in March 2015. It would have allowed all manner of federal government interference in the operation of more than 100,000 existing oil and natural gas wells using fracking technology on public lands. Nothing was said at the time that it was operating outside the law. Instead, according to Sally Jewel, the interior secretary, federal rules regulating oil and natural gas drilling on federal land were outdated and needed to be revised and updated. They would also apply to fracking wells and allow federal government bureaucrats to swarm all over those wells, checking for leaks, proper storage facilities, making sure the new paperwork was up to date, that geology studies were properly filed with the BLM, etc.

Immediately after the Fracking Rule was issued, the Independent Petroleum Association of America (IPAA) filed suit and was joined by the states of Wyoming, Colorado, North Dakota, and Utah. Federal Judge Scott Skavdahl, the same judge who ruled on Tuesday, placed a temporary injunction on implementing that rule until he had time to review it in detail. That temporary injunction would have expired last Friday.

Congress has not delegated to the Department of the Interior the authority to regulate hydraulic fracturing [fracking]. [Its] effort to do so through the Fracking Rule is in excess of its statutory authority and contrary to law.

Congress’ inability or unwillingness to pass a law desired by [Obama’s] executive branch does not default authority to [that] branch to act independently, regardless of whether hydraulic fracking is good or bad for the environment or the citizens of the United States.

This is how government grows. The BLM hid behind the assumption that since the 2005 EP Act didn’t mention the BLM, its deprivation of powers to regulate fracking by the EPA didn’t apply to itself. So it just went merrily on its way, spending millions of taxpayer dollars to develop new regulations on fracking.

Even though this is the third rebuff of Obama administration executive overreach – the Supreme Court’s stay on its Clean Power Plan, which would have forced states to cut drastically CO2 emissions from existing coal-fired power plants, and a federal court’s ruling against the EPA’s expansion of federal water rights that were putting private water sources under federal jurisdiction – Josh Earnest said that Obama will appeal:

We’ll continue to make our case in the courts. We believe that we [the federal government] have a strong argument to make about the important role that the federal government can play in ensuring that hydraulic fracturing that’s done of public land doesn’t threaten the drinking water of the people who live in the area.

Skavdahl’s ruling indirectly raises a number of issues. First, where does Congress get the power to pass off and transfer its legislative power to any third party? Second, agencies with that power have recombined the three competing branches of government – rule-making, rule-interpreting and rule-enforcing – that the Founders determined was the perfect prescription for tyranny. Thirdly, the BLM was hoping that no one would notice that they were usurping powers Congress never intended them to have in the first place.

It wasn’t until the IPAA, along with Wyoming, Colorado, North Dakota, and Utah, sued that the BLM’s “end run” was exposed.

It is said that the essence of freedom is the limitation of government. But it takes “eternal vigilance” on the part of informed citizens jealous of their rights and freedoms to keep the government inside its Constitutional limitations. Often attributed to Thomas Jefferson, Frederick Douglass, James Buchanan, and William Henry Harrison, it was actually John Philpot Curran who first said:

The condition upon which God hath given liberty to man is eternal vigilance; which condition if he break, servitude is at once the consequence of his crime and the punishment of his guilt.

Background on the BLM

History of the “eternal vigilance” quote

bureaucrat Constitution Environment EPA Federal Government Fracking Freedom Liberty North Dakota Obama politics power Regulations Supreme Court Technology
This entry was posted on Tuesday, June 28th, 2016 at 5:44 am and is filed under Constitution, Energy. You can follow any responses to this entry through the RSS 2.0 feed. Both comments and pings are currently closed.
Many of the articles on Light from the Right first appeared on either The New American or the McAlvany Intelligence Advisor.