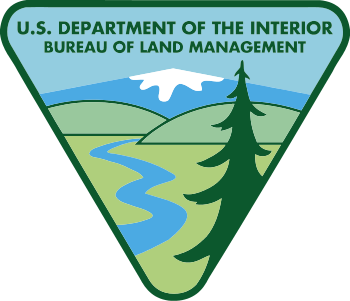 An Obama-appointed federal judge ruled last Tuesday that the Interior Department and its agency the Bureau of Land Management overreached its authority in issuing rules on fracking. He declared: “Congress has not delegated to the Department of the Interior the authority to regulate hydraulic fracturing [fracking]. [Its] effort to do so through the Fracking Rule is in excess of its statutory authority and contrary to law.”

When the Fracking Rule was originally published by the BLM in March 2015, the Independent Petroleum Association of America immediately filed suit, which was joined by the states of Wyoming, Colorado, North Dakota, and Utah. Federal Judge Scott Skavdahl, the same judge who ruled on Tuesday, placed a temporary injunction on implementing that rule until he had time to review it in detail. That temporary injunction would have expired last Friday.

Skavdahl didn’t consider the Fracking Rule itself, which would have allowed government bureaucrats to swam all over some 100,000 oil and gas wells on federal lands while checking for water and chemical leaks; inspecting piping and tubing; and making sure all the new paperwork was in order, which includes listing publicly the various chemicals used in the fracking process. Instead he got to the core issue: Did the Interior Department and its BLM have authority to issue such regulations in the first place?

He said no: “Congress’ inability or unwillingness to pass a law desired by [Obama’s] executive branch does not default authority to [that] branch to act independently, regardless of whether hydraulic fracking is good or bad for the environment or the citizens of the United States.”

He tossed out the argument offered by the government that although Congress had specifically deprived the Environmental Protection Agency of any powers to regulate fracking when it passed the Energy Policy (EP) Act in 2005, it said nothing about the Interior Department or the BLM. And so that agency just assumed authority under existing “land management rules.” Wrote Skavdahl: “The BLM has attempted an end-run around the 2005 EP Act; however, regulation of an activity must be by Congressional authority, not administrative fiat. The Court finds the intent of Congress is clear, so that is the end of the matter.”

Not quite. The Obama administration announced the next day that it would appeal the decision. At a briefing on Wednesday, White House spokesman Josh Earnest was explicit: The government must intervene, regardless:

We’ll continue to make our case in the courts. We believe that we have a strong argument to make about the important role that the federal government can play in ensuring that hydraulic fracturing that’s done on public land doesn’t threaten the drinking water of the people who live in the area.

When the Fracking Rule was originally proposed, Interior Secretary Sally Jewell said that the existing federal rules regulating fracking were out-of-date and that her agency had to step in and unilaterally update them: “Current federal well-drilling regulations are more than 30 years old, and they have simply not kept pace with the technical complexities of today’s hydraulic fracturing operations.”

The Rule expanded existing rules that would have forced fracking well operators to submit to government workers inspecting and validating the safety and integrity of the concrete barriers that line fracking wells. Operators would have to publish the chemicals used in their fracking process, meet new safety standards for how they may store chemicals used on site, and submit detailed information on each well’s geology to the BLM.

This is the third rebuff for the Obama administration’s continuing overreach. The Supreme Court put a stay on implementation of the administration’s Clean Power Plan that would have forced states to drasticlly slash CO2 emissions from existing power plants (mostly coal-fired). Another federal court ruled against the EPA’s expansion of federal water rights that were putting private water sources under federal jurisdiction.

Judge Skavdahl’s ruling involves several key issues in the freedom fight, including states’ rights to issue their own regulations without interference from the federal government. It indirectly raises the issue of the constitutionality of any of the executive branch agencies that now essentially combine the functions of the three branches of government — ruling-making, rule-interpreting, and rule-enforcing — into a single agency. A close look at the Constitution grants Congress no such powers to pass off its legislative responsibilities to executive branch agencies.

It also warns of the danger of those agencies ever and always seeking to expand their illegal powers. In this case, the BLM assumed that since the EPA was blocked from regulating fracking, then that responsibility must automatically fall to the BLM.

James Coleman, a law professor at Southern Methodist University who specializes in energy issues, celebrated the decision:” It’s part of a general push back by the courts. You’re definitely seeing skepticism of the extent to which the Obama administration is arguably bypassing Congress.”

A final point raised in the decision is the necessity for an informed citizenry to be jealous of its freedoms. Often attributed to either Thomas Jefferson, Frederick Douglass, James Buchanan, or William Henry Harrison, it was actually John Philpot Curran who first stated, “The condition upon which God hath given liberty to man is eternal vigilance; which condition if he break, servitude is at once the consequence of his crime and the punishment of his guilt.”

bureaucrat Constitution Energy EPA Fracking Freedom Liberty Obama oil power Regulations Supreme Court
This entry was posted on Tuesday, June 28th, 2016 at 6:02 am and is filed under Constitution, Energy. You can follow any responses to this entry through the RSS 2.0 feed. Both comments and pings are currently closed.
Many of the articles on Light from the Right first appeared on either The New American or the McAlvany Intelligence Advisor.