This article appeared online at TheNewAmerican.com on Tuesday, June 21, 2016: 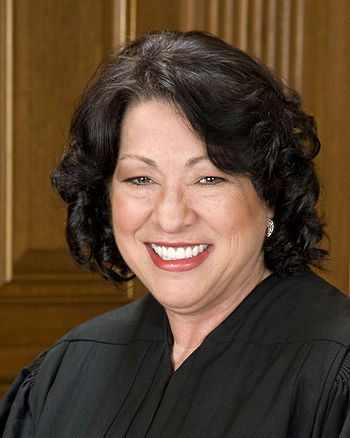 On Monday the U.S. Supreme Court overturned a lower court’s ruling in Utah v. Strieff that an illegal stop that uncovered evidence of criminal activity excluded that evidence from being used against the defendant.

There was no question that it was an illegal stop. In 2006, a police officer, after surveilling potential drug activity in a private home in Salt Lake City, stopped an individual exiting the house and asked him what he was doing there. He demanded his identification, and when the information was relayed to his police dispatcher, he learned that the defendant, Edward Strieff, had an outstanding warrant for a traffic violation.

That permitted the narcotics detective, Douglas Fackrell, to arrest and search Strieff, during which he found what the court called “methamphetamine and drug paraphernalia.”

Strieff tried to suppress the evidence under the “exclusionary rule,” arguing that it was “derived from an unlawful investigatory stop.” The court denied Strieff’s motion and the Utah Court of Appeals affirmed the lower court’s denial.

However, the Utah Supreme Court reversed the ruling and ordered the evidence suppressed, and Utah’s attorney general appealed to the Supreme Court. It ruled in favor of the stop’s legality, 5-3.

What turned an illegal stop into a legal uncovering of damning evidence was explained by Supreme Court Justice Clarence Thomas:

In this case, there was no flagrant police misconduct. Therefore, Office Fackrell’s discovery of a valid, pre-existing, and untainted arrest warrant attenuated [made the evidence admissible] the connection between the unconstitutional investigatory stop and the evidence seized incident to a lawful arrest.

If Fackrell hadn’t found the arrest warrant, he was guilty of an illegal stop because it was a fishing expedition, lacking “reasonable suspicion.” Wrote Thomas:

The discovery of that warrant broke the causal chain between the unconstitutional stop and the discovery of evidence by compelling Office Fackrell to arrest Strieff.

And, it is especially significant that there is no evidence that Officer Fackrell’s illegal stop reflected flagrantly unlawful police misconduct.

This decision ignited dissents from three of the court’s liberals: Justices Kagan, Sotomayor, and Ginsberg. However, the one from Justice Sonia Sotomayor was so vitriolic that it made headlines in the liberal media, including the Huffington Post. Writing for the Post, Cristian Farias sought to tie Sotomayor’s dissent to the Black Lives Matter movement, saying that this was just one more example of police power overreach touching indiscriminately and unfairly people of color — even though Strieff is white. The decision, he wrote, “seemed to address the people most affected by unfortunate encounters with the police — black and brown Americans … as Sotomayor put it: ‘In his search for lawbreaking, the officer in this case himself broke the law.’”

Sotomayor, in her dissent, spoke directly to the radicals supporting the Black Lives Matter agenda:

Do not be soothed by the opinion’s technical language: this allows the police to stop you on the street, demand your identification, and check it for outstanding traffic warrants — even if you’re doing nothing wrong….

By legitimizing the conduct that produces this double consciousness, this case tells everyone, white and black, guilty and innocent, that an officer can verify your legal status at any time. It says that your body is subject to invasion while courts excuse the violation of your rights. It implies that you are not a citizen of a democracy [sic] but the subject of a carceral state, just waiting to be cataloged.

And then she added in a rant that caused the other two liberal justices to back away from joining her in this part of her dissent:

We must not pretend that the countless people who are routinely targeted by police are “isolated.” They are the canaries in the coal mine whose deaths, civil and literal, warn us that no one can breathe in this atmosphere. They are the ones who recognize that unlawful police stops corrode all our civil liberties and threaten all our lives. Until their voices matter too, our justice system will continue to be anything but.

Clarence Thomas Constitution Fourth Amendment justice law Liberal liberals media radical rights Sonia Sotomayor Supreme Court the law
This entry was posted on Wednesday, June 22nd, 2016 at 4:34 am and is filed under Fourth Amendment. You can follow any responses to this entry through the RSS 2.0 feed. Both comments and pings are currently closed.
Many of the articles on Light from the Right first appeared on either The New American or the McAlvany Intelligence Advisor.