Rio Gets $900M Emergency Disbursement From Gov’t for Olympics

This article appeared online at TheNewAmerican.com on Monday, June 20, 2016: 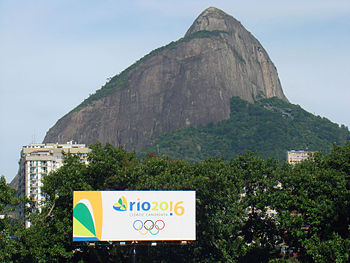 On Friday, just seven weeks before the Rio 2016 Olympic Games are to begin, the governor of the state of Rio de Janeiro, Francisco Dornelles, declared a financial emergency, saying that his state has run out of money.

In his official statement, Dornelles said the state — which is helping the city of Rio prepare for the Games, which begin on August 5 — is facing a “public calamity,” adding:

This crisis is preventing the state of Rio de Janeiro from honoring its commitments to the Olympic and Paralympic Games, causing severe difficulties in the provision of essential public health services and [it] can even cause a total breakdown in public security, health, education, mobility and environmental management.

He said nothing about the rampant political corruption continuing to be exposed by the ongoing Operation Car Wash investigation of Petrobras, Brazil’s state oil company headquartered in the city of Rio. He also didn’t mention moves to impeach the country’s president, Dilma Rousseff, or her replacement by another corruptocrat who is also being investigated — or his state’s budget shortfall of more than $5 billion this year — or Brazil’s national deficit closing in on $50 billion.

He didn’t comment on the fact that the paychecks of teachers, doctors, and police officers are being delayed thanks to the financial crisis, or that hospitals and schools are closing as a result.

He also said nothing about the city’s crime rate, which is worse even than Chicago’s, or about the fact that, without additional funding from the national government, security forces would be cut for the Olympics. He didn’t cite the fact that athletes who are training in the city are tweeting their friends and relatives not to attend because the crime rate is so high. He said nothing about three members of the Spanish team being robbed at gunpoint in the Santa Teresa neighborhood of Rio on May 21 by five young hoodlums.

Governor Dornelles did blame the shortfall of revenues in his state from $3.5 billion last year to an estimated $1 billion on the drop in the price of oil, stating:

We lost a large collection from the [tax on circulation of goods and services], we lost a lot of royalties from oil, and this public emergency measure has aimed to draw attention of every citizen to the financial difficulties experienced by the state.

The next day his plea for help from the central government was answered: A “special imbursement” of some $900 million is being provided to shore up security for the estimated 500,000 people expected to attend the two Games in August and September. It will also be enough to complete the metro system upgrade necessary to reduce traffic congestion just in time for the Games to begin.

The total cost of the Olympics, at last count, is expected to exceed $30 billion, with a large portion to be laid on the backs of Brazilian taxpayers already suffering from high unemployment and inflation. This could be a vast understatement, however, as British taxpayers discovered when all the bills were in for London’s 2012 Summer Olympics. That event cost every man, woman, and child on the British Isle $315. Those games cost $14 billion — half of the upcoming Games in Rio, but twice original estimates.

The most expensive Olympic Games in history were played in Sochi, Russia, costing $50 billion according to the Times of London. Analysts doing a post-mortem placed the blame on huge cost overruns, the poor location for a winter Olympics, the massive amount of construction needed, its security costs, and corruption. Two professors from the University of Michigan said that perceptions greatly exceeded reality, that benefits gained from what was essentially a gigantic public works program were far less than its costs. Said Professor Mark Wilson:

There is a high cost associated with these mega events, but you also have to ask what you get for your money. If this is money that improves the city, provides a legacy in the long term, then it might be a good investment by the city even though the cost is high.

But the key question is, how will it make [the] city a better place [in which to live] in the future? And you could also ask yourself, what other uses could there be for that money?

In Brazil’s case, the money could have been used to make interest payments to international bankers who loaned money to the country during the good times. But instead, those funds were directed toward the building of 33 venues in the host city of Rio and five more in nearby cities, including the capital Brasilia. The Games are scheduled to feature 10,500 athletes competing in 28 separate events.

When Rio was awarded the privilege of hosting the games in October of 2009, International Olympic Committee (IOC) spokesman Mark Adams told the AP: “We have confidence in [Brazil’s] capacity to deliver a safe Games in seven years. Security is of course a very important aspect of any Olympic Games.” Fast-forward seven years to the lighting of the Olympic torch in April when IOC President Thomas Bach tried to put the best face he could on a bad and declining situation, saying, “[There] will be the Brazilian Games. Despite the difficulties that the country faces, the event will bring a message of hope to every corner of its territory and also worldwide. The Games will take place in a moment in which the world is shaken by crises.”

That hope could be seriously damaged when the athletes competing in yachting events in Guanabara Bay discover that, despite the last-minute infusion of funds from the bankrupt national government, there won’t be enough to clean up the sewage and other pollution extant, meaning that they may have to dodge plastic bags, human excrement, soiled diapers, and other waste.

Visitors might have to dodge radical Islamists, who have warned that the events will be targeted. This could turn the Games into a police state, as suggested by Jean Wyllys, Rio’s federal security deputy:

Social movements and civil society organizations will engage in acts of civil disobedience, street protests, and the government will probably use its repressive forces against the population.

When the postmortem is done on Rio 2016, it could very likely turn out to have been a complete and utter disaster, not only for the athletes who have been preparing for it for years, but for the hapless Brazilians forced to fund this gigantic public works project with little or nothing to show for it when it’s all over.

Corruption Crime Deficit Inflation reality taxpayer Unemployment
This entry was posted on Tuesday, June 21st, 2016 at 5:49 am and is filed under Economics, Politics. You can follow any responses to this entry through the RSS 2.0 feed. Both comments and pings are currently closed.
Many of the articles on Light from the Right first appeared on either The New American or the McAlvany Intelligence Advisor.