In Venezuela, the Elite Meet to Eat While the Masses Starve

This article appeared online at TheNewAmerican.com on Friday, June 17, 2016: 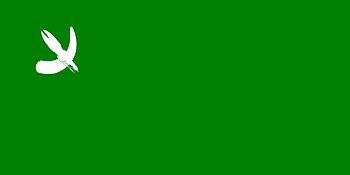 Another version of the flag of Animal Farm, based on the flag of the Soviet Union. Hoof and horn symbol created by Al2.

On Monday OPEC gave Venezuela more bad news: Oil production fell another 120,000 barrels a day in May, putting further pressure on the socialist regime of Nicolas Maduro to pay its bills and maintain order. On Tuesday more than 400 citizens of Cumana, a city of 800,000 a few hundred miles west of Caracas, were arrested following another food riot.

On Thursday the British tabloid Daily Mail published a dozen pictures of the wealthy elite enjoying themselves at the opulent Caracas Country Club where membership costs $110,000. The slums where the masses are starving can be seen in the background.

The contrast, startling as it was, illustrates how socialism — called Chavismo in “honor” of former president Hugo Chavez — ultimately decimates the middle class and leaves a country with a majority picking through garbage dumps, while a tiny percentage of the elites remain unaffected by the economic implosion.

The contrast was amplified when reporters from the tabloid approached golfers on one of the club’s courses and asked them about the contrast. One of them said, “It’s not that we don’t care about the poor people. We give a lot to charity.” And then, as an afterthought, he added: “Should we stop enjoying ourselves just because the country is burning?”

George Orwell, in his allegorical and dystopian novel Animal Farm, had one of his characters express the end result of every failed socialist experiment: “All animals are equal, but some animals are more equal than others.”

The failure of socialism comes because government rules and regulations become a burden on people, businesses, and society, and because whenever a government is given the power to do good, it also given the power to do bad. And unscrupulous people will always abuse the power given to them under the system. Even the supposedly capitalist bastion of the United States has suffered under bureaucratic mismanagement. The liberal/socialist New York Times acknowledges that under President Obama inequality between the rich and poor has increased, and President Obama’s reign has seen the slowest GDP growth of any economic recovery since WWII, and damage to the economy. (Liberals blame a culture of greed and capitalism in our country for the economic problems since President Reagan while overlooking the coincidence that most problems began in the late 1970s after the programs in Lyndon Johnson’s “Great Society” began to take effect.)

Citizens in Petare, slums seen in the background of the country club where golfers were enjoying their “equality,” were pictured by the Daily Mail picking through “stinking piles of rubbish for rotten cabbage leaves, desiccated limes and scraps of fetid meat.” This was in contrast with full-color pictures of dining tables at the club groaning under the weight of gourmet foods, including a banquet of beef, lobster, and champagne.

Reporters for the tabloid found Vanessa, age 36, who works as an analyst for an electrical company, picking through the garbage. Her earnings of $20 a month isn’t enough to feed her family. She told them, “Those rich people are thieves. They are government cronies and they stole the country’s money. They don’t want anything to change, or they would lose their high lifestyle. Chavez pretended to be this big Socialist, but he was rich himself. He was a hypocrite. He was a … liar. His legacy is people like me looking for food in the garbage.”

They found Maria, a mother of eight children whose husband is a welder by trade, digging through the garbage. She said, “My husband is a welder [but] we don’t make enough to live on. I have to queue for hours for food, and often I get nothing. If I come here, at least I go home with something.”

Chavismo is a vicious form of socialism, a combination of nationalization of most of the productive parts of the economy and its enforcement at the point of a gun. The most productive part of the economy, extraction of oil and gas, for years provided the socialists in power with enough money to pay for all manner of social welfare schemes: houses, schools, infrastructure, and government office buildings. But when oil prices dropped, so did Maduro’s cash flow. Coupled with the inefficiency that came from replacing the skilled executives running the country’s nationalized oil producer PDVSA (Petróleos de Venezuela, S.A.) with Chavez’s and Maduro’s political cronies and treating it as a gigantic piggy bank, the drop in revenues has caused the socialist paradise house of cards to implode.

Food is so scarce that even the dogs are starving. Government price controls, often set below the cost of production, have left grocery store shelves empty. Starving Venezuelans are protesting the policies by looting stores an average of 10 times a day. A vigorous black market has sprung up, but because the country’s currency, the bolivar, has become essentially worthless, increasing numbers of the hungry have been forced to revert to simple direct barter. Flour and napkins are traded for prescription drugs and other medicines necessary to keep the sick from dying.

Venezuela’s middle class has evaporated, leaving behind the vast majority living day-to-day through scavenging and barter. The elites, on the other hand, continue to live a lavish lifestyle, unaffected by the misery being experienced just a few miles away.

This is the dystopian picture that Orwell painted so clearly in Animal Farm. For most of Venezuela’s 30 million people, his novel is not an allegory, but real life: the end game of socialism.

Capitalism Economy Elite Obama OPEC Price Controls Regulations Socialism welfare
This entry was posted on Saturday, June 18th, 2016 at 6:04 am and is filed under Economics, Politics. You can follow any responses to this entry through the RSS 2.0 feed. Both comments and pings are currently closed.
Many of the articles on Light from the Right first appeared on either The New American or the McAlvany Intelligence Advisor.