Is Fifth Amendment in Jeopardy as Trump and NRA Discuss No-Fly, No-Buy Watchlist?

This article appeared online at TheNewAmerican.com on Friday, June 17, 2016: 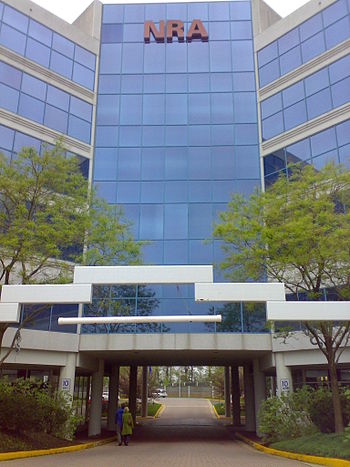 On Wednesday Donald Trump tweeted that he would shortly be meeting with top officials at the National Rifle Association (NRA) “about not allowing people on the terrorist watch list, or the no-fly list, to buy guns.” The NRA cordially responded, but with a warning:

We are happy to meet with Donald Trump [but] the NRA’s position has not changed … due process protections should be put in place that allow law-abiding Americans who are wrongly put on a[ny] watch list to be removed.

There are two major “watch” lists: the No-Fly List, created after the September 11, 2001 attacks, and the Terrorist Screening Database (TSDB) which is a central terrorist watch list fed by data from international sources and the FBI. Currently there are an estimated 50,000 names on the No-Fly List while there are more than two million names on the TSDB.

People on the No-Fly List are prohibited from boarding a commercial aircraft flying into or out of the United States. People on the TSDB, on the other hand, are known to be terrorists, or suspected of terrorist activities. Data on the TSDB is then fed to various government agencies who build their own databases, including the Defense Department’s Top Ten Fugitives List. About one out of every 10 individuals on the TSDB is a U.S. citizen or a legal permanent resident.

The Second Amendment can be recited practically from rote memory by most of its supporters, while the Due Process Clause, buried inside the Fifth Amendment, is much less familiar: “No person shall … be deprived of life, liberty, or property, without due process of law….”

In Vitek v. Jones, decided in 1980 by the Supreme Court, those due process rights were spelled out in detail. They include

The mainstream anti-Trump media continues to harp on Trump’s responses to a grilling he got from ABC’s George Stephanopoulos during the November 22, 2015 airing of This Week. We are quoting the exchange extensively below so readers will be able to evaluate it in context:

Trump: We have to have a watch list, and if that watch list has somebody that’s — you know, we have — you know, we have the laws right now. We have the laws already on the books as far as Second Amendment for guns, and as you know I’m a big, big, really big proponent of the Second Amendment. If in — I’ll give you an example. If in Paris some of those people, those — and if you had some of those people had guns, you wouldn’t have had the horror show that you had with nobody..

Stephanopoulos: But why should someone on the watch list —

Trump: — out of hundreds of people [INAUDIBLE]

Stephanopoulos: — be able to have a gun?

Trump: No, no. You — if people are on a watch list or people are sick, you have already — this is already covered in the legislation that we already have, George. It’s already fully covered.

Stephanopoulos: Well, but under current law —

Trump: But we have —

Stephanopoulos: — are allowed to buy guns.

Trump: I’ll tell you who would have been hurt, the bad guys would —

Stephanopoulos: But yes or no?

Trump: — because they were the only ones that had the guns.

Stephanopoulos: Mr. Trump, yes or no, should someone on the terror watch list be allowed to buy a gun?

Does this reveal a Trump unfamiliar with constitutional limitations? Does it build a case for Trump supporting another watch list, this one called the “No-Fly, No-Buy” list, so greatly desired by the president?

On the other hand, is Trump visiting with officials from the NRA to make sure that his desire to neutralize terrorist threats stays within constitutional bounds?

Constitutionalists might take comfort if Trump calls a press conference after the meeting to announce that his position on the matter is causing him to oppose watch lists in general and support efforts by local police departments to neutralize terrorist threats.

Constitution Donald Trump Fifth Amendment Liberty NRA rights Second Amendment terrorists the law
This entry was posted on Saturday, June 18th, 2016 at 5:51 am and is filed under Uncategorized. You can follow any responses to this entry through the RSS 2.0 feed. Both comments and pings are currently closed.
Many of the articles on Light from the Right first appeared on either The New American or the McAlvany Intelligence Advisor.