This article was published by The McAlvany Intelligence Advisor on Friday, June 10, 2016: 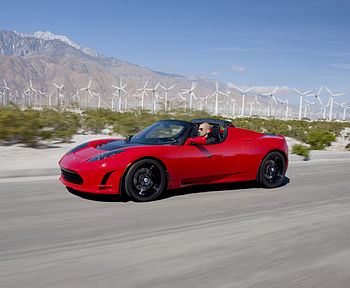 Once upon a time Elon Musk said he believed in hard work, technology, and some breaks to gain success. He didn’t believe the U.S. government should provide subsidies to companies, and he believed that the free market would provide the “best solution” to such problems as pollution. At the time, Stanford University Professor Fred Turner called him out for being a hypocrite:

If you’re an entrepreneur like Elon Musk, you will take the money where you can get it, but at the same time believe as a matter of faith that it’s entrepreneurship and technology that are the sources of change [and] not the state.

It’s not quite self-delusion, but there is a habit of thinking of oneself as a free-standing, independent agent [while] not acknowledging the subsidies that one [has] received.

There was a time early on when Musk was a true entrepreneur (defined as risking his own money – or his father’s – in his own ideas and experiments). In 1995 Elon and his brother Kimbal started Zip2, a web software company with $28,000 of their father’s money. It published and marketed an Internet “city guide” for the newspaper publishing industry and obtained contracts with the New York Times and the Chicago Tribune. Computer company Compaq bought Zip2 in 1999 for nearly $350 million in cash and stock options, making Elon an instant millionaire.

From there he invested $10 million of his new wealth into X.com, an online financial services and email payment company. It merged a year later with Confinity, which had a money transfer service called PayPal. When PayPal was acquired by eBay in 2002 for $1.5 billion, Musk received $165 million for his share.

While moving from pauper to prince inside seven years must have been intoxicating, the discovery of the Washington Kool-aid must have been overwhelming. He has been drinking at the fount of government subsidies ever since. When the Los Angeles Times tallied up the total of subsidies he has captured since then, it came to a total approaching $5 billion. These, according to the Times, include “a variety of government incentives, including grants, tax breaks, factory construction, discounted loans, and environmental credits that Tesla can sell. It also includes tax credits and rebates to buyers of solar panels and electric cars.”

These have made Musk’s experiments in solar (SolarCity, which makes solar panels), electric cars (Tesla, which makes high-end autos with promises to build cheaper ones for the masses someday), and space (SpaceX, a solar exploration company) possible, if not profitable. He is the CEO of Tesla and SpaceX and the chairman of SolarCity, with major interests in all three, including 27 percent of Tesla and 23 percent of SolarCity. At last count those three companies employ more than 23,000 people and operate facilities in California, Michigan, New York, Nevada, and Texas. And in the process they have turned Musk’s middle-seven-figure net worth into an estimated $14 billion.

Which raises a question: if he is so wealthy, why doesn’t he fund these risky experiments himself? The answer: the Kool-aid (no pun intended) offered by local, state, and federal governments in the form of taxpayer subsidies that greatly remove the risks of failure from his balance sheet and move them onto the backs of taxpayers. According to the Times, New York state is spending $750 million to build a solar panel factory in Buffalo for SolarCity, which it will lease, once it is built, for $1 a year. It will not pay property taxes for a decade, worth another estimated $250 million.

There are the tax credits that the federal government offers to cover the cost of 30 percent of solar panel installations, worth another $500 million and counting. SpaceX cut a deal with Texas to construct a launch facility there, worth about $20 million.

But the big Mack Daddy of the Kool-aid for Musk came from Nevada, which, after some significant arm twisting, gave Musk a deal worth $1.3 billion to build its Gigafactory there. It was such a large transaction – the largest in the state’s history and the 15th largest ever in the country – that the legislature had to meet in special session to consider and then ratify the giveaway. Once the factory is built it will allegedly employ 6,500 workers directly, with another 16,000 indirect support jobs. The factory will enjoy 20 years free from sales tax and 10 years free from property tax, plus millions more in tax credits.

An opponent of the deal, professor of community development at the University of California-Davis, Martin Kenney, put it succinctly: “Most people who are, like me, unbiased outsiders, would say [the state is] being taken to the cleaners. [It] gave away the store.”

That’s how crony capitalism works: the risks are borne by the taxpayers while the players enjoy the profits, if any. In reviewing Musk’s conversion from saint to sinner, Veronique de Rugy, a scholar at Cato and the Mercatus Center, wrote:

Musk is a billionaire many times over. If he thinks colonizing other planets is a profitable idea, then he should put up his own money. The taxpayers shouldn’t be forced along as passengers on his expensive and risky experiments….

Musk is a case study in cronyism and a shining example of a rich individual abusing his influence to make taxpayers pay for [his] risky investments.

Speaking of money, temptation, and sin, the Holy Scriptures have much to say about Musk’s conversion. In Paul’s letter to Timothy (I Timothy 6:10 – NIV), he warned “For the love of money is a root of all kinds of evil. Some people, eager for money, have wandered from the faith and pierced themselves with many griefs.” At present Musk is enjoying the temporal benefits while taxpayers are at risk of suffering, and ultimately paying for, the risks.

Inside Nevada’s $1.3 billion gamble on Tesla

I Timothy 6:10 (NIV): For the love of money is a root of all kinds of evil. Some people, eager for money, have wandered from the faith and pierced themselves with many griefs.

Crony Capitalism Federal Government Free Market incentive profit risks Subsidies taxpayer
This entry was posted on Saturday, June 11th, 2016 at 4:43 am and is filed under Free Market, Politics. You can follow any responses to this entry through the RSS 2.0 feed. Both comments and pings are currently closed.
Many of the articles on Light from the Right first appeared on either The New American or the McAlvany Intelligence Advisor.