This article appeared online at TheNewAmerican.com on Friday, June 10, 2016: 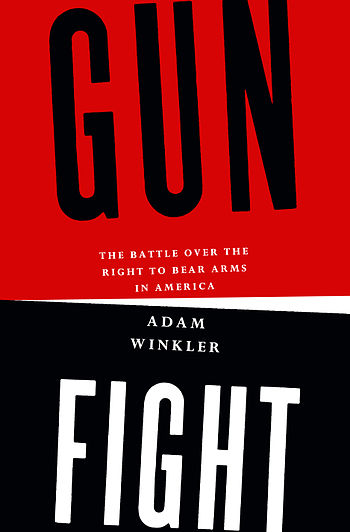 Thursday’s decision by the 9th Circuit Court of Appeals in San Francisco was highlighted by nearly every media outlet with some rejoicing and some lamenting. The majority decision in the 7-4 ruling, which decided two nearly identical cases, was written by Judge William A. Fletcher , a Clinton appointee:

The protection of the Second Amendment — whatever the scope of that protection may be — simply does not extend to the carrying of concealed firearms in public by members of the general public….

Because the Second Amendment does not protect in any degree the right to carry concealed firearms in public, any prohibition or restriction a state may choose to impose on concealed carry — including the requirement of “good cause,” however defined — is necessarily allowed by the Amendment.

Translation: Any sheriff may therefore impose any definition he or she chooses to determine whether someone applying for a concealed carry permit really needs one, or not.

The ruling in Peruta v. City of San Diego overturned a previous ruling by the court in a 2-1 decision in which it decided that “the right to bear arms includes the right to carry an operable firearm outside the home for the lawful purpose of self-defense.”

The case was brought by Edward Peruta, a videographer by trade, in 2009 after he was denied a concealed carry permit by San Diego County’s sheriff. Under the sheriff’s rules, Peruta had to show cause why he should be granted the privilege, including documents showing that he was much more likely to be endangered than the average citizen.

One of the four dissenters, Judge Consuelo Callahan, wrote that the decision essentially obliterated the Second Amendment:

In the context of present-day California law, the Defendant county [sheriff’s] limited licensing of the right to carry concealed firearms is tantamount to a total ban on the right of an ordinary citizen to carry a firearm in public for self-defense.

Because the majority eviscerates the Second Amendment right of individuals to keep and bear arms as defined by Heller and reaffirmed in McDonald, I respectfully dissent.

Chuck Michel, president of the California Rifle and Pistol Association, which was one of the plaintiffs in the case, stated:

Once again the 9th Circuit showed how out of touch it is with mainstream Americans. This decision will leave good people defenseless, as it completely ignores the fact that law-abiding Californians who reside in counties with hostile sheriffs will now have no means to carry a firearm outside the home for personal protection.

The same day another appeals court on the other side of the country made a ruling exactly opposite to the 9th Circuit’s decision. The U.S. Circuit Court of Appeals for the Washington, D.C. ciircuit stayed a lower court’s decision that banned the city from enforcing similar requirements. This brings two cases with opposite decisions the increased chance that the Supreme Court will be asked to resolve the issue. And with that comes the concern that the court, now essentially deadlocked on the issue 4-4 with Judge Scalia’s passing, will have at least one or perhaps two new liberal judges deciding the case when it gets there.

As Adam Winkler, a skillful and articulate moderate on the issue, professor of constitutional law at the UCLA School of Law and author of the highly-regarded Gunfight: The Battle over the Right to Bear Arms in America, noted that concern:

Heller was a 5-4 decision. Without Scalia’s vote, there would not have been a majority of justices in favor of an individual-rights reading of the Second Amendment.

The National Rifle Association argues that if Scalia were to be replaced by Garland, or any other liberal to moderate justice, Heller would be overturned and your right to keep and bear arms would be little more than a memory.

However, Winkler thinks the danger is grossly overstated. On the contrary he thinks, even if given the opportunity, a new court with a liberal majority would leave Heller (and its companion decision in McDonald) severely alone. He states several reasons why. First, there are more than 300 million guns in the United States, equivalent to more than one firearm for each citizen. This translates into more than 100 million homes where a firearm is present.

Second, Winkler writes that “even if Heller were overturned, current state and federal laws giving people easy access to guns will remain on the books.” Third, “Heller was a narrow decision that did not fundamentally reshape America’s regime of gun laws.” He expanded on that:

Even the justices who dissented in Heller now understand that the decision has not proved to be a roadblock to effective gun laws. All the laws at the top of the gun-control agenda — universal background checks, assault-weapons bans, and restrictions on high-capacity magazines — have all survived judicial scrutiny since Heller.

Why would justices favorable to gun control vote to overturn a case that doesn’t actually stop lawmakers from regulating guns?

Finally, and most importantly, according to Winkler, if Heller were overturned “it would spark a backlash that would make the political movement to reverse Roe seem like a schoolyard kerfuffle.” That backlash could lead to an amendment to the Constitution expanding the Second Amendment “such that 38 states might well pass … in a heartbeat.”

While there is sure to be much discussion of the Second Amendment in the coming confirmation hearings … the dirty little secret about Heller is that it doesn’t matter very much. Gun rights in America are, and have been for a long time, protected by a forceful political movement led by the NRA, not by the courts applying the Second Amendment.

What about Californians in light of the 9th Circuit Court’s ruling? At present there are 2,463 applications for a concealed weapons permit sitting on the San Diego sheriff’s desk and they are likely to remain there until the issue is finally settled by the Supreme Court.

But elsewhere? Fresno County Sheriff Margaret Mims has a YouTube video of her answer: the liberal court’s overreach means little to the average citizen wanting to carry concealed. In fact, she is making it easier for her citizens to apply for and receive their permits which then allow them to carry concealed everywhere in California (except, of course, San Francisco). The 6-minute video should give comfort to any still harboring concerns that the 9th Circuit Court’s decision means the end of the Second Amendment.

Concealed Carry Constitution firearms Gun Control justice Liberal Mayors Against Illegal Guns NRA rights Second Amendment sheriffs Supreme Court weapons
This entry was posted on Saturday, June 11th, 2016 at 4:55 am and is filed under Politics, Second Amendment. You can follow any responses to this entry through the RSS 2.0 feed. Both comments and pings are currently closed.
Many of the articles on Light from the Right first appeared on either The New American or the McAlvany Intelligence Advisor.