This article appeared online at TheNewAmerican.com on Monday, June 6, 2016: 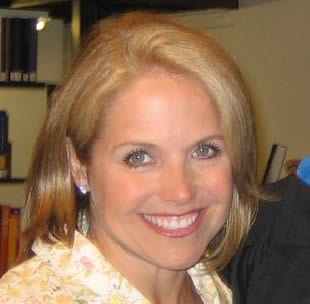 The so-called documentary Under the Gun, hosted by Yahoo’s Global News Anchor Katie Couric (shown), was so deceptive that other members of the mainstream media were forced to call her out for it:

What they didn’t know at the time was that Couric’s producer, Stephanie Soechtig , broke at least three federal gun laws in the process.

In her quasi-apology, Couric said, “I regret that those eight seconds were misleading.” She is about to have three more regrets, as her producer’s violations of federal law come to light.

The original deception was bad enough, as The Federalist explained:

In “Under the Gun,” Couric asks a group of gun rights supporters, “If there are no background checks for gun purchasers, how do you prevent felons or terrorists from purchasing a gun?” The documentary filmmakers spliced in footage of the activists sitting silently for nine seconds. One man looks down, seemingly uncomfortable, during the awkward silence. The documentary then moves on to the next scene of a cylinder on a revolver being closed.

Couric documentarians fabricated this moment, using footage from a session that was unrelated to the question asked. In fact, according to audio of Couric’s interview provided by the gun rights activists, they all rushed to respond to Couric, providing answers based on principle and practical concerns.

But now comes the admission from Couric’s producer that during the fabrication of this so-called documentary she sent a staff member living in Colorado to buy some guns from an individual living in Arizona as props for the sham. Soechtig bragged on The Lip TV in February about how she violated the laws:

We sent a producer out and he was from Colorado. He went to Arizona, and he was able to buy a Bushmaster [semi-automatic rifle] and then three other pistols without a background check in a matter of two hours. And that’s perfectly legal. He wasn’t doing some sort of underground market….

And he just met someone in the parking lot of Wendy’s and bought a Bushmaster. Legally. Like, this is legal.

Like, no, it’s not. Fines and jail time are involved for violating three federal laws. Ammoland.com gave the best summary:

Under current federal law it is a violation for any person to transfer, sell, trade, give, transport, or deliver any firearm to any person who the transferor knows or has reasonable cause to believe does not reside in the state in which the transferor resides. (18 U.S.C. § 922(a)(5).)

It is also unlawful for any person other than a dealer to transport into or receive in the state where they reside any firearm purchased or otherwise obtained outside that State. (18 U.S.C. § 922(a)(3).) Violations of these laws can result in a hefty fine and a felony conviction of up to five years. (18 U.S.C. § 924(a)(1)(D).)

Further, if two or more persons conspire to commit any offense, and at least one person commits an overt act in furtherance of the conspiracy, each party to the conspiracy can also face an additional fine and imprisonment for up to five years. (18 U.S.C. § 371.)

In other words, in nakedly advocating for more gun control laws in a one-sided and deceptive piece of propaganda, Ms. Soechtig and her staff likely violated existing federal laws by apparently conspiring to unlawfully import firearms from Arizona into Colorado, and by failing to properly conduct an interstate firearms transfer through a dealer.

In a time of honest journalism, none of this would have happened. In a time of proper prosecution for violating the law, Couric and her producer would be facing indictment, conviction, fines, and probably jail time in their zeal to create a “documentary” deliberately designed to deceive. What the entire episode provides is one more example of how journalists such as Couric are not to be trusted, especially when it comes to the vital importance of rights guaranteed under the Second Amendment.

Conspiracy Crime firearms Gun Control Mainstream Media propaganda Second Amendment slant violations
This entry was posted on Tuesday, June 7th, 2016 at 5:21 am and is filed under Crime, Second Amendment. You can follow any responses to this entry through the RSS 2.0 feed. Both comments and pings are currently closed.
Many of the articles on Light from the Right first appeared on either The New American or the McAlvany Intelligence Advisor.