Chicago vs. Rio: the Race to the Bottom

This article was published by The McAlvany Intelligence Advisor on Friday, June 3, 2016: 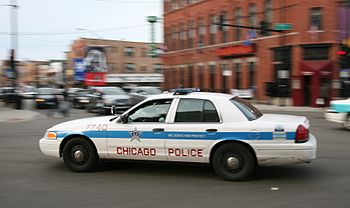 With the summer Olympic Games less than two months away, tourists are being warned by various websites to be careful – very careful – if they plan to visit. Those websites, two of which are listed under Sources below, put Rio on the top-ten list of the most dangerous/violent cities in the world. Between 1978 and 2000, for example, nearly 50,000 citizens of the city have been murdered. Ten thousand extra police are training for special duty during the Olympics to keep that statistic from getting larger.

Chicago is vying for a place on those lists. The murders occurred so rapidly over Memorial Day weekend that local media had trouble keeping up. When the final tally was in, theChicago Tribune reported that 69 people were shot and six of them died from their wounds.

This came on top of a “record” year of violence in the Windy City, with shootings up 50 percent over a year ago, and the city on track to post a record 3,000 citizens shot and 500 of them dying by the end of the year.

The police are naturally blaming the “proliferation of guns” and “gang violence,” while leaving out any mention of the “McDonald Effect” – that inevitable decline in willingness to enter dangerous places for fear that they will be shot or suffer sanctions for being too aggressive in their policing. The criminals inhabiting the South and West sides of Chicago – the Harrison District in particular – have perceived police reluctance as weakness and have ramped up their attacks on each other.

The impact of the McDonald Effect began to be noticed after the first of the year when word got out that the police had cut back on investigations and street stops. In January CPD officers made two-thirds fewer arrests than they did a year earlier, while the number of “investigative stops” dropped by a breathtaking 85 percent. As the Tribune noted at the time, officers are “much less aggressive on the street out of fear that doing even basic police work would get them into trouble. [As a result] criminals [are] taking advantage of their passive approach.”

Another reason for the escalation of violence is pure numbers: there are an estimated 150,000 gang members infesting the city while there are scarcely 13,000 uniformed officers trying to maintain order.

The department head seems immobilized, stating on Tuesday at the City Club that the problem is “cultural” and that “going forward we will work to foster cultural diversity for the CPD.” That should be a pleasant message to criminals that they will be free to continue to wreak havoc on each other without worrying about an occasional officer stopping by to question why they are so unhappy with each other.

Real solutions are scant, given that Chicago has made private gun ownership so difficult. Turning the city into a police state may be what the criminals and their enablers really want. After all, Chicago is not alone. Vying for a place on the top-/bottom-ten list are Detroit, Las Vegas, Dallas, and Newark, with each suffering massive increases in gun violence over the past year.

The breakdown of morality shows up in criminal violence. Just look at Rio, with Caracas right behind. Look at Brazil, descending into an agrarian society. View YouTube videos of mobs ransacking stores and food delivery trucks in attempts to feed themselves.

Or, for those with the stomach for it, read One Second After by William R. Forstchen. Or his follow-up novel, Day of Wrath. This is how society collapses. As Chicago struggles with out-of-control violence, it is likely to find itself in undistinguished company: not only on the top ten list of most violent cities in the country (where it already resides) but of the world as well.

Escape Here: 10 Most Dangerous Cities in The World to Travel

Chicago Tribune: Memorial Day weekend closes with 69 shot in Chicago, many of them on West Side

The Economic Collapse blog: Dozens Shot Over Memorial Day Weekend As The Collapse Of Chicago Accelerates

Most Dangerous Cities In America

Amazon: One Second After

attacks Crime danger guns media violence War
This entry was posted on Saturday, June 4th, 2016 at 4:49 am and is filed under Crime. You can follow any responses to this entry through the RSS 2.0 feed. Both comments and pings are currently closed.
Many of the articles on Light from the Right first appeared on either The New American or the McAlvany Intelligence Advisor.