This article appeared online at TheNewAmerican.com on Wednesday, May 25, 2016: 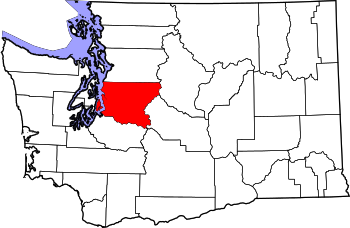 When Seattle’s city council unanimously passed an ordinance last August taxing guns and ammunition ($25 per firearm and 2¢ to 5¢ per round, depending upon caliber), it was sold as a revenue-raising tactic and not an attack on gun owners’ rights or the Second Amendment. It was sold as a way to raise between $300,000 and $500,000 to “study” gun violence and implement programs to reduce the excessive gun violence in Seattle.

The National Rifle Association (NRA), the Second Amendment Foundation (SAF), and the National Shooting Sports Federation (NSSF), along with some gun owners and gun-store owners, filed suit. They claimed that the tax was in effect a regulation and therefore unconstitutional. Palmer Robinson, a King County (where Seattle is the seat) Superior Court judge, ruled December 22 that the ordinance really was a tax after all and not a regulation, and therefore allowed the tax to be applied starting January 1. Judge Robinson called it an excise tax, similar to “other excise taxes [which] include selective sales taxes on specific products (cigarettes, gasoline, etc.)” and therefore was “a tax [properly] imposed under authority granted to the City.”

On January 4, the plaintiffs appealed Robinson’s decision to a state Court of Appeals for review.

The impact of the tax was immediate. Sergey Solyanik, the owner of Precise Shooter, closed his shop and moved it about 15 miles away, taking with him approximately $50,000 of tax revenues. Said Solyanik: “[The new tax] would make us unprofitable. I calculated it by retroactively applying the tax to our existing sales — I’m a software developer so I can do that — and we would be operating at a loss for the entire store.”

Solyanik also saw a hidden motive behind the new tax: “We feel that, basically, a crockpot politician was trying to buttress his ‘progressive’ credentials and we got run over.”

That “crockpot politician” is City Council President Tim Burgess, who initially proposed the law that, he said, was intended to improve public safety: “Every day, the general public pays the enormous cost of gun violence. Gun violence is a public health crisis in our city and our nation. City government can and must pursue innovative gun safety measures that save lives and save money. As it has in other areas of policy, Seattle can lead the way in local solutions. A gun violence tax will give us revenue to provide broad-based benefits through research and prevention programs.”

But, by any measure, “gun violence” is not “a public health crisis” in Seattle, or in King County, according to a study done by King County Public Health Services manager Tony Gomez. In his study dated January 6, 2015, he noted that between 2006 and 2010, there were an average of 130 incidents of firearm violence in King County per year. But 68 percent of those incidents were the result of suicide. And this in a county with a population approaching two million. Even when compared to Seattle, with a population of 685,000, these incidents, though tragic, hardly represent a “public health crisis.”

The new tax is also an infringement of Second Amendment-protected rights, despite disclaimers from Seattle’s city attorney Pete Holmes to the contrary when he told the Daily Beast: “Everybody assumes this is about the Second Amendment, but it’s not, and that’s the story. No one is telling you that you can’t own a gun or buy a gun. We believe we are in a safe haven. We’re not regulating guns; we’re simply adding a tax.”

But isn’t that an infringement? Raising the cost of buying a gun or ammunition reduces the ability of citizens to be able to purchase them. This especially impacts poorer people who are more at risk. Doesn’t this make the new law discriminatory against those of modest means? Couldn’t it be characterized as racist (using progressives’ logic) since more of those citizens are of color?

Eleanor Clift, writing for the progressive Daily Beast, admitted what the real purpose and motivation was behind the Seattle tax: “The city of Seattle has begun to tax firearms and ammunition in an audaciously creative way to get around Second Amendment protections on guns.”

A lawyer for the plaintiffs who are appealing Robinson’s decision calls it a “regulatory fee masquerading as a tax” and accused Seattle’s city council of trying to sneak around state law. That state law, known as “State Preemption,” prevents local municipalities from doing what Seattle is trying to do: infringe on the state’s citizens’ rights to keep and bear arms as guaranteed by the Second Amendment. Nearly every state has such preemption in place and it will be used during the appeal. As Second Amendment Foundation founder Alan Gottlieb wrote in a news release, “It is unconscionable for Mayor Ed Murray and the City Council to codify what amounts to social bigotry against firearms retailers and their customers, and we are going to fight this vigorously in defense of a state … law that has served Washington citizens well for more than three decades.”

An interesting side note: Requests under the Freedom of Information Act (FOIA) by plaintiffs’ attorneys asking the city to release figures on just how much money has already been raised by the new law haven’t been met, possibly because those revenues, thanks to people shopping outside the city and gun store owners moving away, are falling far short of estimates. This would undermine the entire case under which the law was sold to the public and lend more credence to it being a “sneak attack” — an “audaciously creative way to get around Second Amendment protections on guns” — after all.

The New American will keep its readers informed as the appeal works its way through the courts. A decision is expected by late summer or early fall.

ammunition attack Constitution firearms Freedom guns National Rifle Association politician progressive purpose Second Amendment Taxes unconstitutional War
This entry was posted on Thursday, May 26th, 2016 at 5:46 am and is filed under Politics, Second Amendment. You can follow any responses to this entry through the RSS 2.0 feed. Both comments and pings are currently closed.
Many of the articles on Light from the Right first appeared on either The New American or the McAlvany Intelligence Advisor.