This article appeared online at TheNewAmerican.com on Friday, May 20, 2016: 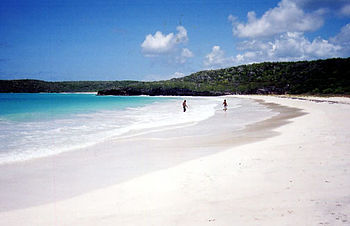 Hidden behind the tentative agreement announced by House Speaker Paul Ryan on Thursday that would allow Puerto Rico some breathing room over its massive $73-billion national debt are the bailouts that are already in place.

The agreement is based on the bill by Rep. Rob Bishop (R-Utah) that creates another government bureaucracy to oversee the orderly “restructuring” (read: massive haircut for PR’s bondholders). When he presented his bill, Bishop said it would “give Puerto Rico access to a court-enforced debt restructuring in exchange for the imposition of a federal fiscal oversight board.”

Ryan said the agreement would allow the island territory to write down its debts to a more manageable level in exchange for federal mandates that it submit timely financial statements (the island is usually 15 months or more late in issuing its financials), and create “budget blueprints” to be reviewed by the new board. Nothing was said about the board having the power to implement much needed changes in the island government’s welfare programs. At present government bureaucrats earn $74,000 a year while teachers get just $24,000. But government workers have been able (until recently) to retire at age 47.

Those retirement plans apparently remain untouched even though they are $40 billion underfunded, in addition to the $73 billion. Nothing was said about shoring up the island’s woefully inefficient tax collection system, which has allowed those owing sales and use taxes to put off paying them indefinitely and has ignored trying to collect monies owed by taxpayers who submit their tax returns without checks.

If the bill passes the House, it goes to the Senate and then to the president for signing into law. Once the details are revealed, opposition to the bill is likely to appear, possibly enough to derail the effort. Once it is discovered, in other words, that it’s just another papering-over of the island’s problems by installing a government oversight committee, legislators who see through the sham are likely to disagree with it and vote no.

There’s also likely to be more opposition by bondholders when they see what kind of a haircut they will take. At present, a third of the island government’s revenues are spent on debt service. Knocking that back to, say, 10 percent, would translate into a haircut of at least 50 percent or more. Bondholders are also likely to push back on the bill when they learn that the overgenerous welfare and retirement plans aren’t subject to the same haircut.

There are already bailouts in place and have been for years. For example, more than 60 percent of the island’s population receives benefits from Medicare or Medicaid, which costs U.S. taxpayers some $373 million a year. But much more important than that is the “special corporate levy” instituted back in 2010 whereby American companies that pay taxes to the island’s government get a 100-percent tax credit for those taxes back home. The dismal history was laid out by Brian Faler at Politico last week:

In 2010, Puerto Rico enacted a special excise tax on American companies there — mostly pharmaceutical and medical device companies — in a bid to plug a hole in the Puerto Rican government’s budget. But the government had agreements with many of those companies that it wouldn’t raise their taxes.

So it designed the tax to be eligible for the foreign tax credit in the U.S.

The $2 billion raised annually by this special backdoor tax on American taxpayers accounts for than 20 percent of the island’s government’s tax take. But no one calls this a “bailout” — a word that continues to carry heavy negative connotations in the United States. Marty Sullivan, a corporate tax law expert who first uncovered it and wrote about it at taxnotes.com, calls it a “backdoor bailout”:

I’ve called it a backdoor bailout because it is under the radar. It’s complicated and hard to understand, but the economic effect is the same.

Once again Congress has created another bureaucracy to solve a problem which it created by not allowing territories to declare Chapter 9 bankruptcy. It may give Puerto Rico some temporary breathing room, but it leaves untouched the underlying problem: too much spending funded with Wall Street debt.

The day of reckoning will just have been put off for a little while longer.

Bailouts Bankruptcy bureaucrat Medicaid Medicare Paul Ryan Retirement Spending taxpayer underfunded Wall Street
This entry was posted on Saturday, May 21st, 2016 at 5:41 am and is filed under Politics. You can follow any responses to this entry through the RSS 2.0 feed. Both comments and pings are currently closed.
Many of the articles on Light from the Right first appeared on either The New American or the McAlvany Intelligence Advisor.