Another Good Ole Boy Likely to Get Off

This article was published by The McAlvany Intelligence Advisor on Friday, May 20, 2016: 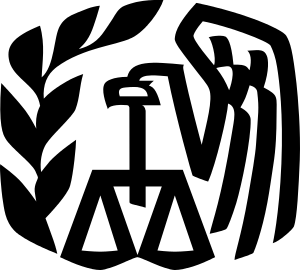 John Koskinen is a true blue blood, a Yale- and Cambridge-graduate, a professional political animal who has dipped his cup into the river of taxpayer monies for so long he wouldn’t know what sweet pure private water tastes like. A former chief exec at Freddie Mac before being sworn in as IRS commissioner in December 2013, Koskinen served as Deputy Director for Management of the Office of Management and Budget (OMB) under Clinton, and then later became Chairman of the President’s Council on Y2K, the president’s answer to the Year 2000 “problem” that was fixed by private enterprise. He served as an AA to liberal Connecticut Democrat Senator Abraham Ribicoff and New York City Mayor John Lindsay. He also served as Deputy Director of the National Advisory Commission on Civil Disorders (aka the Kerner Commission) and clerked for the chief judge of the U.S. Court of Appeals for the District of Columbia.

And so when he was dropped into the middle of the IRS targeting scandal, he was right at home. Promising all manner of efforts to clean house, right the ship, regain credibility, etc., etc., the first order of business was to shut down inquiries from busybodies in Congress who wanted to know what was going on.

What was going on since 2010, of course, was the targeting scandal of conservative groups dumb enough to think that getting a tax exemption from the IRS would a) lend credibility to their efforts, and b) give a tax deduction to those so-called patriots who otherwise might not help in the freedom fight without it.

One of those busybodies is Jason Chaffetz, a Republican upstart in the House from Utah who took his responsibility too seriously, and who was enraged when Koskinen refused to respond in a timely way to his requests for information about the scandal. It’s clear from the record and timeline of events that everyone knew what was going on from the very beginning in 2010 when these groups sought their precious 501c4 exemptions and IRS officials, from Lois Lerner on down, decided not only to delay in issuing them, but force them to spend precious contributors’ monies in chasing the papers demanded by the IRS instead of doing something more worthwhile in the freedom fight. In other words, the IRS saw an opportunity to dampen the Tea Party people’s enthusiasm by leading them down the primrose path to oblivion, and they took it.

When the investigation reached Lerner’s cubby, she denied everything. Then, when those busybodies insisted on a better answer, she blamed some underlings in Cleveland for overstepping their responsibilities. When the temperature got too hot, she bailed in September 2014 and took the rest of her life off, at taxpayers’ expense. When last she popped up in public and was asked how she was doing, she responded that she was “doing just fine.”

Now Koskinen has to go through the same charade with the same outcome likely. Last fall Chaffetz, head of the House Oversight Committee, proposed impeaching Koskinen for his obfuscations, delays, and dithering in supplying the information Chaffetz demanded. That matter has been referred to the House Judiciary Committee, on which he sits as an ordinary member and which will take up the matter next week.

In the meantime Chaffetz decided to spice things up a little bit by arranging for his committee to issue a resolution to censure the good commissioner for his various misdeeds, and then laying out exactly what Koskinen did to annoy the good congressman:

Failure to comply with a subpoena resulting in destruction of key evidence.

Failure to locate and preserve IRS records in accordance with a congressional subpoena and an internal preservation order where 422 backup tapes containing as many as 24,000 of Lois Lerner’s emails – key pieces of evidence – were destroyed on Koskinen’s watch.

Failure to testify truthfully under oath and provision of false and misleading information.

investigation, including all of Ms. Lerner’s emails.

False testimony that emails were unrecoverable once the agency realized some of Ms. Lerner’s emails were missing.

Despite destroying Lois Lerner’s emails on March 4, 2014, the IRS did not notify Congress the emails were missing until June 2014.

Paul Ryan, another insider, joined in the charade parade in June 2014 when he got disgusted with Koskinen’s stalling, just enough to make all the papers appear that night and to help burnish his image as a good, fearless conservative taking on the feared IRS. Ryan’s repartee:

I’m sitting here, listening to this testimony, I don’t believe it. That’s your problem. Nobody believes you. The Internal Revenue Service comes to us a couple years ago and misleads us and tells us no targeting is occurring. Then it said it was a few rogue agents in Cincinnati. Then it said it was also on progressives. All of those things have been proven untrue….

You are the Internal Revenue Service. You can reach into the lives of hard-working taxpayers and with a phone call, an e-mail, or a letter; you can turn their lives upside down. You ask taxpayers to hang onto seven years of their personal tax information in case they are ever audited and you can’t keep six months’ worth of employee e-mails? And now that we are seeing this investigation, you don’t have the e-mails, hard drives crashed. You learned about this months ago. You just told us [now]?….

Next week observers of how that network operates will be treated to outrages from busybodies like Chaffetz and the committee chairman Bob Goodlatte, with Koskinen behaving as he always does when confronted with embarrassing questions: slightly annoyed that part of his job description includes having to put up with people that question his authority and his ability to run things the way he thinks they should be run.

The ultimate outcome? Likely to be that of Lois Lerner. Said the DOJ and the FBI after they finished their “investigation” into charges that she targeted conservative groups: “[We] found no evidence that any IRS official acted based on political, discriminatory, corrupt, or other inappropriate motives that would support a criminal prosecution.”

Lois and John are part of the good ole boy network. Jason and Bob are not.

Democrat FBI Freddie Mac John Boehner Liberal Paul Ryan Scandal Tea Party
This entry was posted on Saturday, May 21st, 2016 at 5:30 am and is filed under Crime, Politics. You can follow any responses to this entry through the RSS 2.0 feed. Both comments and pings are currently closed.
Many of the articles on Light from the Right first appeared on either The New American or the McAlvany Intelligence Advisor.