This article appeared online at TheNewAmerican.com on Wednesday, May 18, 2016: 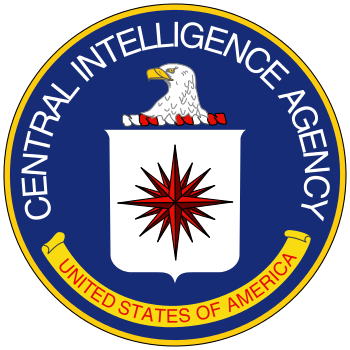 U.S. intelligence officials warned on May 14 that Venezuela is descending into economic and political chaos that is likely to end in street violence, military suppression of citizens’ rights, and a possible coup to remove President Nicolás Maduro.

How much of that reflects CIA interventions to keep the crisis somewhat under control is an open question. But one of those anonymous “intelligence officials” told the Wall Street Journal that “[our] goal is to mitigate the crisis that they’re experiencing. It’s in the United States’ interest that Venezuela not bottom out.”

If past experience serves as a guide for the future, the CIA could instigate such a coup before the country collapses altogether and reverts to a 19th-century banana republic. The difference is that, instead of bananas, Venezuela has oil — a lot of oil — more proven reserves than any country on the planet, and eight times that of the United States. Already Venezuela’s oil production is shrinking and will likely continue to do so, exacerbating the economic crisis and growing the concerns of U.S. officials about further disruptions in the flow of oil from the country. Two of the world’s largest oil service companies — Halliburton and Schlumberger — are owed millions from Venezuela’s bankrupt government and hence have announced plans to cut back production. Venezuela’s state-owned oil company, Petróleos de Venezuela, S.A. or PCVSA, is heavily dependent upon the two companies, so any cuts on their part would further reduce Venezuela’s cash flow, 95 percent of which comes from oil exports.

Oil revenues fund nearly everything in Maduro’s socialist nightmare. But with a $7 billion interest payment due later this year, Maduro is cutting back imports even further, sending the economy into chaos. Venezuela has the world’s highest crime rate, and street crime has turned the capital city of Caracas into the most dangerous city in the world; there is now one murder perpetrated every 28 minutes. Citizens are chasing down stray cats and dogs (and the occasional unlucky pigeon) to stave off hunger. Electricity is rationed, with unannounced blackouts affecting everyone. Essentials such as paper goods, diapers, pads, and even aspirin have long since disappeared from store shelves.

The horrendous state of the socialized medical services industry (if one can still call it that) has even drawn the attention of the left-liberal New York Times, which featured on Sunday seven pages outlining its disastrous collapse along with a dozen heart-rending and infuriating full-color pictures of the end product of socialism: patients bleeding on the floors of hospitals and infants dying because of lack of care, medicine, or even physicians. And this in a country with a superabundance of wealth stored underground. Some 13,000 doctors have fled the country over the past few years, and those who remain are having to barter their services as the Bolivar Fuerte — the “strong bolivar” — is essentially worthless.

The Times, in its article entitled “Dying Infants and No Medicine: Inside Venezuela’s Failing Hospitals,” described a typical day in a hospital in the Venezuelan coastal city of Barcelona: “The day had begun with the usual hazards: chronic shortages of antibiotics, intravenous solutions, even food. Then a blackout swept over the city, shutting down the respirators in the maternity ward … three newborns were already dead … by nightfall four more … had died.”

Doctors operate without gloves or soap or pain medicines. Cancer medicines can be found only on the black market. Electricity rationing has forced hospitals to rely on backup generators, but they are failing thanks to the scarcity of parts and workmen skilled enough to repair them.

It’s a 19th century nightmare: “At the University of the Andes Hospital in the mountain city of Merida, there was not enough water to wash blood from the operating table. Doctors preparing for surgery cleaned their hands with bottles of seltzer water. ‘It is like something from the 19th century,’ said Dr. Christian Pino, a surgeon at the hospital.”

In the Caribbean port town of Barcelona, two premature infants died recently on the way to the main public clinic because the ambulance had no oxygen tanks. The hospital has no fully functioning X-ray or kidney dialysis machines because they broke long ago. And because there are no open beds, some patients lie on the floor in pools of their own blood.

It is a battlefield clinic in a country where there is no war.

Yes, there is a war. It’s between totalitarianism and freedom. When Madura was offered medical assistance from outside the country he turned it down flat, claiming that it was a conspiracy to privatize his medical service division. He then claimed, in a staggering display of deceit, that Venezuela’s healthcare system was the best in the world: “I doubt that anywhere in the world, except in Cuba, there exists a better health system than this one.”

Whether Madura is removed by recall, by a CIA-managed coup, or by assassination, the economy will remain in tatters. Apocalyptic writers such as James Wesley Rawles (the Patriots series) or William R. Forstchen (One Second After) need look no further than the economic and political collapse now taking place in Venezuela for inspiration for their next novels.

This is how socialism ends: not with a bang but with the whimper of patients in government-run hospitals dying for lack of care.

Conspiracy Crime Deceit doctor Economy Freedom Healthcare Liberal oil Socialism violence
This entry was posted on Wednesday, May 18th, 2016 at 1:42 pm and is filed under Economics, Politics. You can follow any responses to this entry through the RSS 2.0 feed. Both comments and pings are currently closed.
Many of the articles on Light from the Right first appeared on either The New American or the McAlvany Intelligence Advisor.