What Happens After Venezuela Destroys its Currency?

This article appeared online at TheNewAmerican.com on Friday, April 29, 2016: 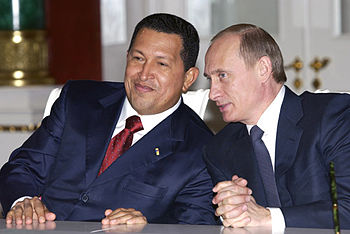 Venezuela is unable to pay its currency printers. Those printers have been flying in planeloads of currency in the middle of the night, landing at airports where it is offloaded onto trucks to be dispersed to banks throughout the country. In other words, Venezuela doesn’t have the money to pay for its money.

The destruction of the currency, the bolivar fuerte (“strong bolivar”), has been documented at The New American and elsewhere. When oil prices dropped, so did revenues to fund the various socialist welfare schemes put in place by the communist Hugo Chávez and continued by his protégé, Nicolás Maduro, at Chavez’s passing in March 2013. Instead of reining in those unaffordable programs, socialist economists instead decided to print their way out of the crisis.

The results were predictable, and catastrophic. The month before his death, Chávez devalued the currency from 2.15 bolivars to the dollar to 6.3. Last December it was devalued again, this time to 10 bolivars to the dollar. That was a mere hat tip to what was happening in what is left of the real economy. There, today, one American dollar — which would be difficult to find, with the foreign currency restrictions levied by the clueless totalitarians in charge — fetches almost 1,000 bolivars. One cigarette costs 100 bolivars. Shoppers take backpacks and gym bags stuffed with the currency with them in order to buy lunch.

This is starkly reminiscent of the hyperinflation in Germany following the First World War. During that time, a student in Freiburg University ordered a cup of coffee at a café. The price in the menu was 5,000 marks. He had two cups. When his bill arrived it was for 14,000 marks. When he complained he was told, “If you want to save money and you want two cups of coffee, you should order them both at the same.”

Just as printers can’t keep up with the demand for Venezuela’s paper bolivars, so they couldn’t in Germany. A German factory worker described payday, which happened daily at 11 a.m.: “At 11:00 in the morning a siren sounded and everybody gathered in the factory forecourt where a five-ton lorry was drawn up loaded brimful with paper money. The chief cashier and his assistants climbed up on top. They read out names and just threw out bundles of notes. As soon as you had caught one you made a dash for the nearest shop and bought just anything that was going.”

Teachers, who were paid at 10 a.m., brought their bank notes to the schools’ playgrounds, where relatives took the bundles and hurried off to shops to spend them before prices rose further.

Germans bought anything of value, even if they didn’t need it: bric-a-brac, soap, hairpins, shirts, shoes (if they could find them) — essentially anything that they could in order to then barter for things they needed. Copper pipes and brass doorknobs weren’t safe. Gasoline was siphoned from cars.

Venezuelans can expect similar experiences as the country’s currency becomes totally worthless. The last time that happened, in 1989, the natives became restless and then-president Carlos Andrés Peréz suspended precious rights guaranteed in the constitution in order to “preserve public order” (read: to keep the regime in power). At that time citizens were subjected to unannounced raids on their homes in the middle of the night and arrested, many never to be heard from again. There were reports of murders and torture by the authorities running wild. The riots, referred to by historians as Caracazo (the “Caracas Smash”) set the stage for the rise to power of the regime under which Venezuelans suffer today.

One so-called expert on the ravages of hyperinflation, economics professor Steve Hanke at Johns Hopkins University, said that the best way to resolve the runaway inflation in Venezuela is simply to add some zeros to the currency, adding, “It’s a very bad sign to see people running around with wheelbarrows full of money to buy a hot dog. Even the cash economy starts breaking down.”

Pearl Buck, the daughter of Chinese missionaries and author of the 1931 best-seller The Good Earth, visited Germany in 1923, and wrote about what she saw:

The cities were still there, the houses not yet bombed and in ruins, but the victims were millions of people. They had lost their fortunes, their savings; they were dazed and inflation-shocked and did not understand how it had happened to them and who the foe was who had defeated them. Yet they had lost their self-assurance, their feeling that they themselves could be the masters of their own lives if only they worked hard enough; and lost, too, were the old values of morals, of ethics, of decency.

This is the inevitable hollowing out of the country of Venezuela that is taking place now, thanks to 17 years of Chávez and Maduro’s Socialist Party rule. The destruction will continue until the country is laid waste and forced back to barter resulting in starvation and violent revolution, or common sense is restored. The answer to which path Venezuelans take will shortly be revealed.

banks common sense communist Constitution Currency Economy Germany Inflation Oil Prices Paper Money rights savings
This entry was posted on Saturday, April 30th, 2016 at 5:39 am and is filed under Economics, History. You can follow any responses to this entry through the RSS 2.0 feed. Both comments and pings are currently closed.
Many of the articles on Light from the Right first appeared on either The New American or the McAlvany Intelligence Advisor.