Where are Brazil’s Founding Fathers?

This article was published by The McAlvany Intelligence Advisor on Friday, April 15, 2016: 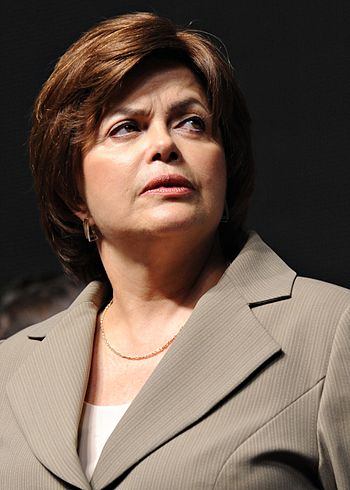 As the political implosion in Brazil continues, one is forced to ask: what’s next? Who will step to the plate once Rousseff is gone? Are there true statesmen waiting in the wings to right the foundering Brazilian ship of state and steer it away for the shoals of socialism?

This could be Brazilian President Dilma Rousseff’s last week in office. It’s been a hard week for her. On Monday the lower house investigative committee voted convincingly to move to impeach her for various crimes. The full house will vote on the matter on Sunday.

Following the committee’s vote, Rousseff’s coalition that she has cobbled together of various left, left-center, and hard-left political parties started to unravel. Even her vice president, a member of one of that coalition’s parties, has left her side and conveniently allowed a local station to play a copy of his acceptance speech once she is gone. He would serve as interim president until the next election.

Brazil’s attorney general, Jose Eduardo Cardozo, exposed part of the corruption when he noted that the speaker of the lower house initiated impeachment proceedings against Rousseff in order to deflect attention away from his own legal problems. He’s been charged in the massive and continuing Operation Car Wash investigation into bribery and corruption at Petrobras and the country’s politicians. Said Cardozo, “This process of impeachment is born of original sin, which was the use of it by the house speaker for revenge.”

There is Rousseff’s vice president, Michel Temer, eagerly awaiting Sunday’s vote so he can slide into her seat. He’s a member of the Brazilian Democratic Movement Party (PMDB), which has a “big tent” ideology so wide that it encompasses conservatives, liberals, populists, nationalists, and radicals like the MR-8 guerilla movement.

There is Sergio Moro, the judge and prosecutor (in Brazil judges often join the prosecutors in working to put away criminals) in the Operation Car Wash investigation that has so far netted and convicted dozens of politicos and Petrobras executives. But with his close ties to the Harvard Law School and his doctorate obtained at the Federal University of Parana, a mid-level institution with an undistinguished faculty and alumni, one has to question his ability or willingness to right Brazil’s ship of state if given the opportunity.

The Operation Car Wash and Mensalao investigations have revealed just how wide and deep the corruption is in Brazil. In 2012 Mensalao, the name given to a corruption scheme in which public funds were used to bribe members of congress in exchange for votes on various crucial votes, has already caught and convicted 25 people, including former Brazilian President Lula’s chief of staff, the former head of Lula’s and Rousseff’s Workers’ Party, along with the marketing director of the Banco do Brasil, Brazil’s largest bank.

Operation Car Wash has already snared and convicted dozens in that scheme, including the head of the Odebrecht Organization, the treasurer of the Workers’ Party, and another Petrobras executive in on the scheme.

Where are the statesmen? Will the Brazilian people have to suffer under the same tyranny enforced by people wearing different suits? This would be a perfect time for someone, or several of them, with honor, integrity and selflessness to step up and offer their services to them.

The dearth of such individuals in Brazil causes one to appreciate all the more the remarkable and unique gathering of young men (Thomas Jefferson was 33 when he wrote the Declaration of Independence in 1776; Alexander Hamilton was just 21, John Marshall was 20, etc.) at the founding of the American republic: learned men, selfless men, who joined in an epic undertaking to put chains where they belong – on the government – and as a result remove them from the citizens.

In the absence of such people, little is likely to change in Brazil after Rousseff’s noisy departure.

BBC: Brazil corruption: Is the government in crisis?

Background on Federal University of Paraná

How Old Were the Leaders of the American Revolution on July 4, 1776?

Conservative Corruption Crime Declaration of Independence Democrat honor ideology Impeachment integrity Liberal liberals politics radical selflessness Socialism
This entry was posted on Saturday, April 16th, 2016 at 5:16 am and is filed under History, Politics. You can follow any responses to this entry through the RSS 2.0 feed. Both comments and pings are currently closed.
Many of the articles on Light from the Right first appeared on either The New American or the McAlvany Intelligence Advisor.