This article was published by The McAlvany Intelligence Advisor on Monday, April 11, 2016: 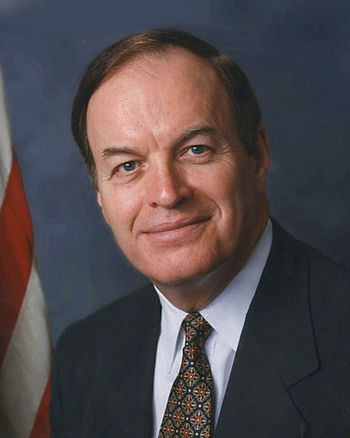 Kids have what I call a built-in hypocrisy antenna that comes up and blocks out what you’re saying when you’re being a hypocrite.

Richard Shelby, Alabama’s senior Republican senator (who will be celebrating his 82nd birthday in three weeks) must be a kid at heart. The day after President Obama announced that he was commuting the sentences of 61 more convicted criminals under his new touchy feely “executive clemency” program, Shelby smelled hypocrisy. This was the same president who, in January, announced a bevy of executive actions designed, he said, to reduce crime. Last week’s announcement brings the total number of criminals who have had their sentences commuted or eliminated altogether to 248, more than the total of the last six presidents combined. Thirty-three of them were convicted of gun-related crimes.

Shelby may be a kid at heart but he’s also old enough not to be concerned about what people think. He wrote a scathing letter about Obama’s hypocrisy to his legal enabler, Attorney General Loretta Lynch. One can read the whole thing by clicking through the source below, but here is the choicest part:

I have strong concerns that 12 of these 61 individuals were convicted of one, if not more, firearm-related offenses … [including]:

Seven convictions of possession of a firearm in furtherance of a drug trafficking crime;

Four convictions of possession of a firearm by a felon; and

Two convictions of use of a firearm in furtherance of a drug trafficking offense.

Obama isn’t even following the protocol set up by his own administration. Back in 2014 the Office of Pardon Attorney (OPA), the agency that advises the Justice Department and the President on just which criminals deserve to be pardoned or have their sentences commuted or ended altogether, spelled out the new criteria. That criteria included non-violent criminals who would likely not pose a threat to public safety if they were released; low-level offenders without ties to large-scale criminal organizations, gangs or drug cartels; those without a “significant” past criminal history; and those who had no history of violence prior to the crime that sent them up.

Two that will be released in July that were highly annoying to Senator Shelby are Ian Gavin and Jerome Harris, both of whom will be released back to Alabama in July. Gavin was sentenced to 15 years behind bars in 2007 plus another eight years of supervised release for possessing both drugs and a firearm with intent to distribute. Obama ended his incarceration altogether, effective July, and shortened the supervised release to four years.

Harris’s crime was similar: possession with intent to distribute cocaine while carrying a firearm. For that he got 25 years behind bars in 2006 to be followed by 10 years’ supervised release. Harris is also scheduled to be released in July.

When Obama’s AG testified before Shelby’s committee back in January, Shelby got little satisfaction. In his letter he expressed his anger and frustration:

When you testified at my hearing on January 20, 2016 regarding the President’s executive actions, I brought up prior commutations [by President Obama] that involved releasing individuals with firearm convictions. I asked you if you felt that the President is sending a mixed message to Americans when he issues new executive actions in an attempt to change gun regulations [on] one day and then pardons criminals with gun-related convictions the next.

I also asked you how the President can say he is “committed to using every tool at the Administration’s disposal to reduce gun violence” when his own Administration is not even following through with the sentences of criminals with firearm-related convictions.

At the time, you said that you were not aware of these particular sentence commutations … but that you would look into these cases. We have yet to hear back from you or the Department about these … questions … which were due at the end of February.

After posting a copy of his letter on his website Shelby added this postscript to it:

The American people expect their leaders to do everything in our power to keep them safe.  Unfortunately, President Obama has used his executive clemency initiative to reduce the sentences of a total of 33 individuals who were convicted of firearm-related offenses to date.

At the same time, this President has repeatedly attempted to infringe upon the American people’s Second Amendment rights through executive fiat.

I am deeply concerned with the mixed messages being sent by this Administration’s decision to let criminals with firearm-related convictions off easy while attempting to make it more difficult for law-abiding citizens to protect themselves. I believe that this Administration’s decision completely contradicts efforts to achieve a critical goal: keeping our communities safe.

The NRA said there were only two explanations for Obama’s blatant hypocrisy: either the man knew what he was doing, or he didn’t. It suggested either that Obama had been “dangerously misinformed” by the OPA and his AG, or “that the president really is allowing dangerous criminals back out on the street….”

Those who have been watching the president perform his perfidy, his duplicity and his cant for the past seven years know what the answer is.

Background on the Office of the Pardon Attorney

Crime danger firearms Hypocrisy justice Obama power prison Regulations Second Amendment threat violence
This entry was posted on Tuesday, April 12th, 2016 at 4:48 am and is filed under Crime, History. You can follow any responses to this entry through the RSS 2.0 feed. Both comments and pings are currently closed.
Many of the articles on Light from the Right first appeared on either The New American or the McAlvany Intelligence Advisor.