This article appeared online at TheNewAmerican.com on Thursday, March 31, 2016: 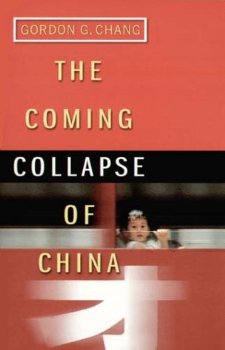 The last of the three credit rating agencies to recognize China’s ongoing economic implosion, Standard & Poor’s, downgraded its rating on Chinese debt modestly on Thursday. The agency maintained its AA rating (one notch below its highest) but changed its outlook to “negative,” meaning another downgrade is possible within the next 12 months. It said:

We revised [our] outlook to reflect our expectation that the economic and financial risks to the Chinese government’s creditworthiness are increasing. This followed from our belief that, over the next five years, China will show modest progress in economic rebalancing and credit growth deceleration.

China’s not having much luck. It just announced that it will be laying off between three and five million workers in its basic industries over the next 24 months, just after its surprise devaluation of its currency last summer. It continues to post airy GDP numbers that few believe, with experts looking past them, estimating growth at half those numbers officially reported by the government.

One key indicator, electric power usage in China, is growing at less than one percent annually, one seventh the 6.9 percent GDP growth the government is reporting.

Unnerving is just what S&P’s AA- rating actually means. As the agency explains, “an obligation rated AA differs from the highest-rated obligations [AAA] only to a small degree.” But if the agency drops it further, to just an A, that rating “is somewhat more susceptible to the adverse effects of changes in circumstances and economic conditions.”

It’s those “trends” that are making S&P nervous:

In our opinion, these expected trends could weaken the Chinese economy’s resilience to shocks, limit the government’s policy options, and increase the likelihood of a sharper decline in [its] trend growth rate.

It’s watching especially closely just how much China’s central bank will attempt to goose the economy with more new money, warning that the downgrade could happen sooner if the bank increases credit at a “significantly faster rate” than the economy itself.

The downgrade has been expected for some time, according Sanjiv Shah, the chief investment officer at Sun Global Investmentsd, who noted: “This [downgrade] has been well-flagged: a greater than expected slowdown and worries about high levels of bad debt in the [Chinese] economy, especially with respect to loans to struggling industrial companies and [real estate] lending.”

This is what Moody’s Investors Service uncovered when that agency dropped its rating on China to AA in early March down from AAA. It’s also what Fitch Ratings saw when it dropped its rating on China’s sovereign debt by two notches late last year, which means the country’s debt is “more vulnerable to adverse business or economic conditions than is the case for [the two] higher ratings.”

Just what do the experts at these rating agencies see that is making them increasingly nervous? Gordon Chang, author of The Coming Collapse of China, saw it coming as far back as 2001: “The People’s Republic is a paper dragon … the symptoms of decay are everywhere: deflation grips the economy, state-owned enterprises as failing, banks are hopelessly insolvent, foreign investment continues to decline, and Communist Party corruption eats away at the fabric of society.”

Multi-billionaire George Soros told an investment conference in January that “China has a major adjustment problem. I would say that it amounts to a crisis. When I look at the financial markets, there is a serious challenge which reminds me of the crisis we [in the United States] had in 2008.”

What set the bust in motion was the boom in digital currency without backing, or, apparently, limit. China expanded the money supply from $3 trillion 10 years ago to more than $34.5 trillion today — a 10-fold increase!

The result of this increase in fake money has come the building of cities where no one lives, airports that serve no airlines, and factories without workers.

Trying to slow the economy without pricking the monetary bubble is a herculean task, especially for Keynesian believers who always think printing more money is the solution to every problem. Kyle Bass, the manager of Hayman Capital Management, wrote to his investors last month telling them that China’s economic challenges are so vast that they “have no precedent,” that the potential implosion of losses by the Chinese banking system could be four times what the U.S. banking sector suffered that triggered the Great Recession:

The unwavering faith that the Chinese will somehow be able to successfully avoid anything more severe that a moderate economic slowdown … reminds us of the belief in 2006 that US home prices would never decline.

It isn’t just China’s central bank’s balance sheet that is worrying people such as Bass, but the total debt owed by borrowers to lenders all across China’s economy. Between 2007 and 2015, China’s total debt increased from $7 trillion to $28 trillion, a factor of four, and now represents 282 percent of the country’s total economic output in a year.

Chinese Keynesians are about to learn the lesson that drug addicts learn when they try to wean themselves off their addiction: Any slight reduction in their “fix” (read: new money created out of nothing) will result in withdrawal symptoms so powerful that the addict will do almost anything to get another fix.

China, the paper tiger built with paper money, is coming back down from its high. The credit rating agencies are just now beginning to see it.

bubble Central Bank China Corruption Currency Economy fact George Soros Great Recession Keynesian Money Supply
This entry was posted on Friday, April 1st, 2016 at 4:49 am and is filed under Economics, History. You can follow any responses to this entry through the RSS 2.0 feed. Both comments and pings are currently closed.
Many of the articles on Light from the Right first appeared on either The New American or the McAlvany Intelligence Advisor.