This article appeared online at TheNewAmerican.com on Monday, March 28, 2016: 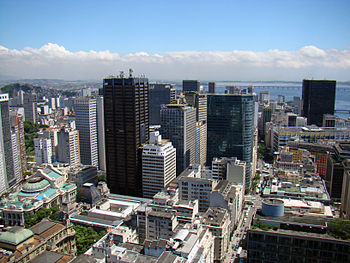 The latest numbers coming out of Brazil confirm what Goldman Sachs said last December: “What started as a recession … is now mutating into an outright economic depression, given the deep contraction of domestic demand.”

Translation: President Dilma Rousseff’s attempt to stimulate the slowing economy via massive insertions of new debt has in fact had the opposite result.

Consumers have cut back by more than eight percent across the board, while investment spending has declined more than 10 percent last year, with cumulative capital spending down by 21 percent in the last two-and-a-half years. And there appears to be no end in sight. In Rio de Janeiro alone, 1,200 small businesses have already closed thanks to rising costs and slowing sales. Unemployment is now at 16.5 percent and the real, Brazil’s currency, has lost a quarter of its value against the dollar just in the last 12 months.

In February, Brazil’s private sector contracted to the lowest level since the composite output index published by Markit was developed in 2007. Mihir Kapadia, head of Sun Global Investments, a London investment firm that specializes in emerging-market opportunities, said the Brazilian “situation has been made worse by high debt levels … [and] problems of governance, corruption and political issues [which] have created a perfect storm.”

Brazil’s total external debt exceeds $1.3 trillion, approaching 200 percent of the country’s GDP. Major companies have been forced into bankruptcy, including Grupo OAS conglomerate, which is selling off many of its assets as required by the bankruptcy court. Usiminas, one of Brazil’s major steel producers, failed to make interest payments on one of its debts and Standard & Poor’s has declared the company to be in default.

The government’s tax revenues are falling just as Rousseff is proposing another $20 billion in “stimulus” spending. Last Thursday her finance minister, Nelson Barbosa, asked the legislature to allow an even bigger deficit in 2016.

In the last nine years, debt has tripled not only for the government but for consumers and private companies as well. The government’s deficits are now so large that it is being forced to borrow just to make the interest payments. This is reflected by the junk rating given to the country’s sovereign debt by agencies such as Standard & Poor’s and Fitch.

The country has a labor force of 95 million, and 54 million of them are behind on their credit-card payments. Brazil’s phone company lost $1.24 billion in the last quarter alone, and has seen its debt service triple in just the last year.

The National Bureau of Economic Research (NBER) doesn’t define what a depression is; however, various metrics provide a clue. A depression is characterized by abnormally large increases in unemployment, declines in the availability of credit, shrinking output as buyers stop buying and producers cut back, stalling of new investment capital, an increase in bankruptcies, companies defaulting on their debts, and a decline in exports. All of these describe Brazil’s current economic situation.

Two general rules apply when defining a sovereign bankruptcy: 1) Real GDP declines by 10 percent (Brazil’s declined 3.8 percent last year and is expected to decline by a similar amount this year), or 2) A recession (quarterly declines in GDP) lasts two or more years (Brazil’s has declined for the last year and half).

With the country on the edge of a massive political cleansing (thanks to the now-appropriately named Operation Car Wash investigations), perhaps the new administration will also replace the old, tired, and failed policies of John Maynard Keynes and use common-sense economic policies that allow small business owners to find niches in the economy where they can operate profitably. Historically, small businesses have been the driver of employment, and anything that can be done to reduce regulation and taxes will begin to reduce unemployment and restart the Brazilian economic engine. Everything else is in place: people who want to work, and a plethora of natural resources such as oil and iron ore. Brazil’s main industries already produce shoes, textiles, chemicals, cement, lumber, iron ore, tin, steel, aircraft, motor vehicles, auto parts, and other related machinery and equipment.

What needs to be done is to leave businesses alone — let them breathe — and Brazil will find itself back where it used to be just a few years ago: one of the BRIC nations that, for a time, looked to outproduce the developed countries within a decade.

The political cleansing about to take place could also result in an economic rebirth as well. One can hope.

Bankruptcy Corruption Deficit Economy Goldman Sachs Private Sector Recession Small Business Taxes Unemployment
This entry was posted on Tuesday, March 29th, 2016 at 5:40 am and is filed under Economics, History. You can follow any responses to this entry through the RSS 2.0 feed. Both comments and pings are currently closed.
Many of the articles on Light from the Right first appeared on either The New American or the McAlvany Intelligence Advisor.