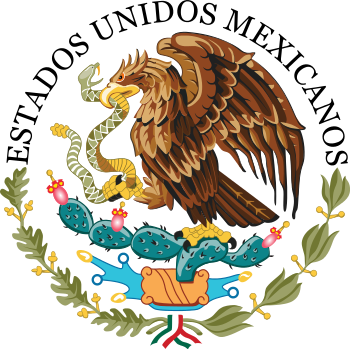 Officially Mexico says it honors the sovereignty of the United States and has no intention of interfering with the presidential elections in November. Privately, however, Mexican diplomats are gearing up to help Mexican immigrants obtain U.S. citizenship, and then urging them to vote in November. Adrian Sosa, a spokesman for the Mexican consulate in Chicago, exposed the official posturing as a lie, speaking at an event last week: “This is a historic moment where the Mexican consulate will open its doors to carry out these types of events in favor of the Mexican community.”

The numbers are far too small to have any impact, come November. In Dallas about 250 permanent residents attended its first “citizenship clinic” in February, while only another 150 showed up for the second in March. In Las Vegas, about 500 attended a similar seminar.

At present about 12 million Mexicans live in the United States, but fewer than three million of them are eligible to apply to become naturalized citizens, according to The New Americans Campaign.

Efforts by the Mexican government to galvanize resistance to Trump’s campaign are as likely to fail as efforts by Republican insiders to do the same. Last December Republican National Chairman Reince Priebus invited some major establishment players to a private dinner, many of whom expressed increasing anxiety as Trump continued to run away from establishment candidates in the GOP contest.

On Saturday the New York Times revealed efforts by some of those same insiders to stall Trump’s march, hoping to force a brokered convention in Cleveland in July. It outlined a 100-day campaign, beginning on April 5, the day of the Wisconsin primary, to neutralize Trump’s efforts. These insiders plan to spend millions of dollars on anti-Trump campaigns coupled with “delegate-by-delegate” lobbying efforts to turn their votes away from the front-runner.

A meeting with Club for Growth members, held last Wednesday, had the sounds of desperation. David McIntosh, the group’s president, concluded that, despite Trump’s lead (at present he leads Ted Cruz, 678 to 423), it was still possible to keep him from winning on the first ballot in Cleveland: “This is still a winnable race for a free-market conservative that’s not Donald Trump,” he said, adding, “It’s not a layup, but there’s a clear path to victory.”

The next day McIntosh’s group sent a three-page memo to heavy Republican donors promising to spend as much as $2 million in the Wisconsin primary to thwart Trump’s efforts there, arguing that “the only viable option to defeat Donald Trump is Ted Cruz.”

Mitt Romney, the party’s nominee in 2012, said that he would be voting for Cruz in the Utah primary, warning that “a vote for Governor Kasich … makes it extremely likely that Trump-ism would prevail.”

Former GOP candidate Lindsey Graham lent his support for Cruz last week, as well. Graham earlier had said that choosing between Trump and Cruz would be like picking between being shot and being poisoned, but he has now overcome his distaste for Cruz and promised to help raise money for his campaign. Now almost all-in for Cruz, Graham said:

I think his campaign’s built on xenophobia, race-baiting and religious bigotry. I think he’d be a disaster for our party and as Senator Cruz would not be my first choice, I think he is a Republican conservative who [sic] I could support.

The Times went on to note that if all these anti-Trump efforts fail, and he captures the Republican Party’s nomination for president on the first ballot, there is always a fall-back position: a third party for the national election, running a Republican moderate or perhaps even supporting the Libertarian Party as an alternative solution to the Trump problem.

Not everyone supports the last-ditch effort to thwart Trump’s march to the GOP nomination. Florida Governor Rick Scott told CNN on Thursday that “Donald Trump is the will of the people. We need to listen to the people, back his candidacy and win in November.”

The math is increasingly persuasive, despite GOP insiders’ desperate claims to the contrary. Arizona, New York, Pennsylvania, and California are states where Trump, at present, has commanding double-digit leads over Cruz. Three of those states are “winner-take-all,” with New York being a “proportional” state. Trump leads Cruz 54 to 11 in New York, and so he would capture 75 of that state’s 95 delegates were the primary to be held today. Add that to the other three states, and Trump’s present delegate count would jump from 678 to 1,054, just 183 votes shy of the 1,237 needed to win on the first ballot. There are still 550 other delegates remaining in contests through early June. All Trump needs to do is capture a third of them to make all the anti-Trump efforts by Mexico and GOP insiders an exercise in futility.

Of course, nothing of the sort may happen. As Winston Churchill said: “[A politician needs] the ability to foretell what is going to happen tomorrow, next week, next month, and next year — and to have the ability afterwards to explain why it didn’t happen.”

Club for Growth Conservative Constitution convention Donald Trump elections Establishment Libertarian Mitt Romney politician Republican Ted Cruz
This entry was posted on Monday, March 21st, 2016 at 2:42 pm and is filed under Politics. You can follow any responses to this entry through the RSS 2.0 feed. Both comments and pings are currently closed.
Many of the articles on Light from the Right first appeared on either The New American or the McAlvany Intelligence Advisor.