This article appeared online at TheNewAmerican.com on Friday, March 18, 2016: 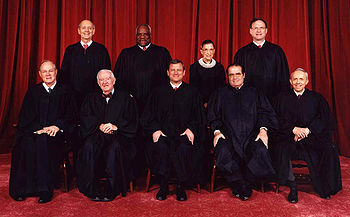 Merrick Brian Garland, nominated by President Obama on Wednesday to fill the vacancy left on the Supreme Court with the untimely passing of Antonin Scalia, has left footprints. They tell of a judge who isn’t interested in supporting the rights America’s citizens enjoy under the Second Amendment.

In 2007, Garland voted to rescind a D.C. Circuit court’s decision that invalidated Washington D.C.’s strict ban against handgun ownership. That law, which even prohibited guns citizens might keep at home for self-defense, was struck down by a three-judge panel, but Garland voted to reconsider the ruling. He was joined by Judge David Tatel, known for his anti-gun bias.

In 2000, the National Rifle Association challenged egregious and illegal expansions of the Brady Bill in a lawsuit against then-Attorney General Janet Reno, in NRA v. Reno. The NRA challenged a Justice Department regulation that provided for a temporary gun registry to be generated during background checks — just exactly the type of registration Congress explicitly previously prohibited. In finding for the Justice Department and against the NRA (and, by extension, every legal gun owner in the country), Judges Tatel and Garland wrote:

Finding nothing in the Brady Act that unambiguously prohibits [the] temporary retention of information about lawful [gun] transactions … we affirm the [lower] court’s dismissal of the complaint [by the NRA].

Garland has all the politically correct credentials to be Obama’s judge of choice to take Scalia’s seat. Graduating from Harvard College and then Harvard Law School, Garland soon found himself clerking for Supreme Court Justice William Brennan, known not only for his outspoken progressive views but also as the leader of the Supreme Court’s liberal wing during his 34 years on the nation’s highest bench.

That’s why the NRA has sent an alert to its five million members:

With Justice Scalia’s tragic passing, there is no longer a majority of support among the justices for the fundamental, individual right to own a firearm for self-defense.

A basic analysis of Merrick Garland’s judicial record shows that he does not respect our … right to keep and bear arms.

The English jurist William Blackstone was responsible for informing the Republic’s founders John Marshall, James Wilson, John Jay, and John Adams about the need for individual citizens to enjoy the right to self-defense in his Commentaries on the Laws of England, first published in 1765 and then published six more times before his death in 1780. Wrote Blackstone:

[The right of self-defense] may be considered as the true palladium of liberty….

[It] is the first law of nature: in most governments it has been the study of rules to confine this right within the narrowest limits possible. Wherever standing armies are kept up, and the right of the people to keep and bear arms is, under any color or pretext whatsoever, prohibited, liberty, if not already annihilated, is on the brink of destruction.

More simply, as the bumper sticker puts it: “The Second Amendment Insures all the Others.” It should, in fact, be the singular most important litmus test of any judge’s appointment to a higher court, for if the Second Amendment is abrogated, invaded, neutralized, and eventually discarded, tyranny will be the end result. Recent court decisions affirming the right of citizens to keep and bear arms (District of Columbia v. Heller; McDonald v. City of Chicago; both decided by the slimmest of margins, 5-4) will be at risk if Garland takes Scalia’s seat.

Garland thought all of these regulations were legal, which tells us two things. First, it tells us that he has a very liberal [i.e., progressive, anti-gun] view of gun rights since he apparently wanted to undo a key court victory protecting them.

Second, it tells us that he’s willing to uphold executive actions that violate the rights of gun owners.

Antonin Scalia defense guns justice Liberal Liberty National Rifle Association Obama progressive rights Second Amendment Supreme Court
This entry was posted on Saturday, March 19th, 2016 at 5:07 am and is filed under Politics, Second Amendment. You can follow any responses to this entry through the RSS 2.0 feed. Both comments and pings are currently closed.
Many of the articles on Light from the Right first appeared on either The New American or the McAlvany Intelligence Advisor.